Amy Ryan Searches for Her Daughter in LOST GIRLS Trailer

Amy Ryan might be the most underrated actress in Hollywood. But that’s not true just because she’s never bad in anything. When’s the last time you can remember her not being great? You can’t, because she is consistently fantastic in everything. She should also be an Oscar winner. She was absolutely incredible as a drug-addicted and absentee South Boston mother in 2007’s Gone Baby Gone. Now she’s once again playing a parent whose daughter goes missing. She stars in Netflix’s upcoming film Lost Girls. And as the movie’s intense first trailer shows, while her character might be very different than the one she played before, she still might not be able to trust the police who are supposed to help find her child.

“When 24-year-old Shannan Gilbert mysteriously disappears one night, her mother Mari (Amy Ryan) embarks on a dark journey that finds her face to face with hard truths about her daughter, herself, and police bias. Determined to find her daughter at all costs, Mari Gilbert retraces Shannan’s last known steps, driving her own investigation to an insular gated community near the desolate outer banks of Long Island. Her discoveries force law enforcement and the media to uncover more than a dozen unsolved murders of sex workers, young lives Mari will not let the world forget.”

The film is based on Robert Kolker’s best-selling 2013 nonfiction book Lost Girls: An Unsolved American Mystery. It’s a “literary account of the lives and presumed serial killings of five ‘Craigslist’ prostitutes, whose bodies were found on the same Long Island beach in 2010.” The book was based on a New York Magazine cover story.

This trailer hints at something much bigger than one mother trying to find her child though. Many other families are also seeking out their missing young daughters. When a mass grave uncovers four bodies, it sends Ryan’s Mari Gilbert down a path the might lead to a cover-up. The police who have been unwilling to see these missing women as anything other than prostitutes could be hiding the sinister truth. The key to learning what happened to Shannan Gilbert and all the rest might come down to how much they know—or how much they are involved. 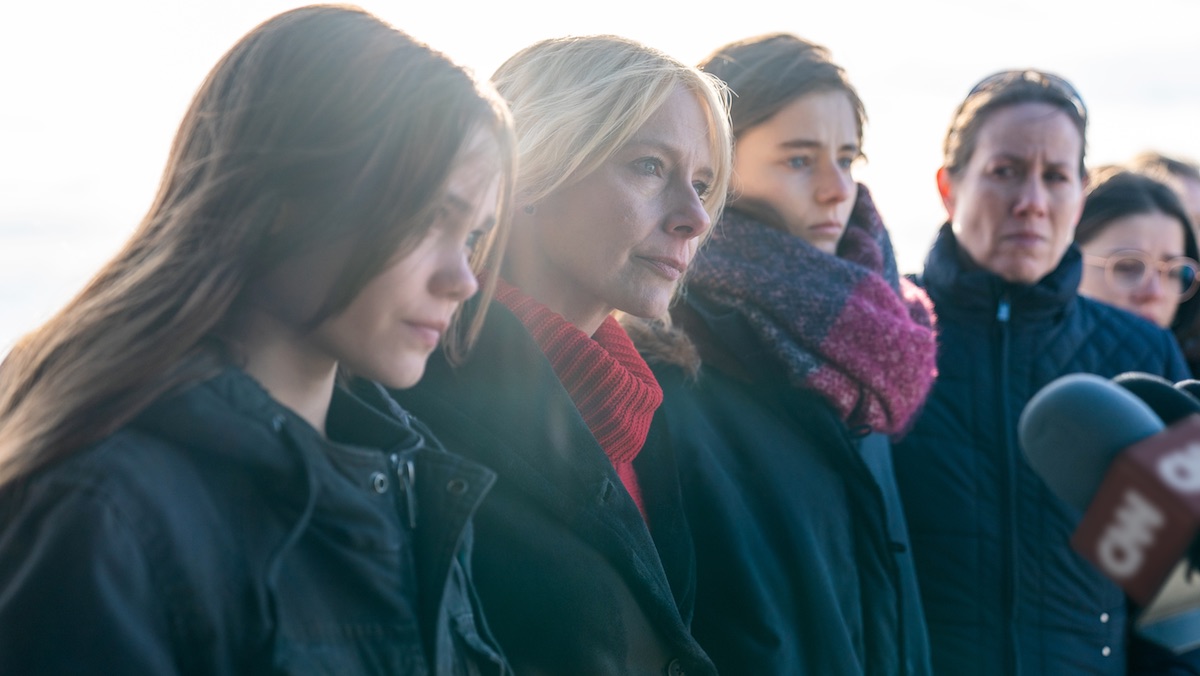 In addition to Ryan the cast also features the great Gabriel Byrne (The Usual Suspects, Hereditary) as the case’s lead detective. He is desperately trying to keep Mari under control and away from the media. Dean Winters (Oz) also plays a detective in the film. This trailer indicates he might know more than he’s letting on. (Dean Winters always has to play a character we probably shouldn’t trust, right?) Thomasin McKenzie (JoJo Rabbit) and Lola Kirke (Mozart in the Jungle) also star in the film.

Lost Girls, directed by Liz Garbus (The Fourth Estate, What Happened, Miss Simone?), debuts at this year’s Sundance Film Festival on January 28. It comes to Netflix on March 13.

How will it compare to Amy Ryan’s previous turn as a mother looking for her missing daughter? We don’t know. Will she finally get the recognition she deserves? We hope so. But we do know one thing—she’ll be great in it. She always is.