LORDS OF THE RINGS’ Troll Fight Is Even Better with Lightsabers

Star Wars has always been a part of my life, which means lightsabers always have been, too. I don’t know a world—or rather a galaxy far, far away—without them. And I now think that’s made me taken them for granted. Obviously laser swords are inherently awesome and I love them. I also know the franchise wouldn’t be the same without them. However, that doesn’t mean I’ve truly appreciated just how much they add to a story. Any story. What does though is this video that puts them in the Fellowship’s battle with a cave troll in Moria’s Chamber of Mazarbul. Because the only way to make The Lord of the Rings even more epic is to include a few hundreds lightsabers. Along with a couple of lightsaber arrows.

This video comes from the fantastic YouTube channel ImmersionVFX, the same team that brought us Cleganebowl with lightsabers. That was a gorgeous edit made within a week of the episode airing. This massive project took five months to create. It’s easy to see why. Every participant in the fight has their own lightsaber inside the Chamber of Mazarbul. That includes the troll at one point. (Which makes us wonder if Luke Skywalker would have survived a lightsaber wielding Rancor at Jabba’s Palace.)

You can really appreciate how much work went into this at the end. The Fellowship of the Ring tries to outrun hundreds and hundreds of orcs who are all carrying their own lightsabers, and the visual is incredible.

And yet the best part might be those lightsaber-tipped arrows. We need more of those, and we need them a long time ago. 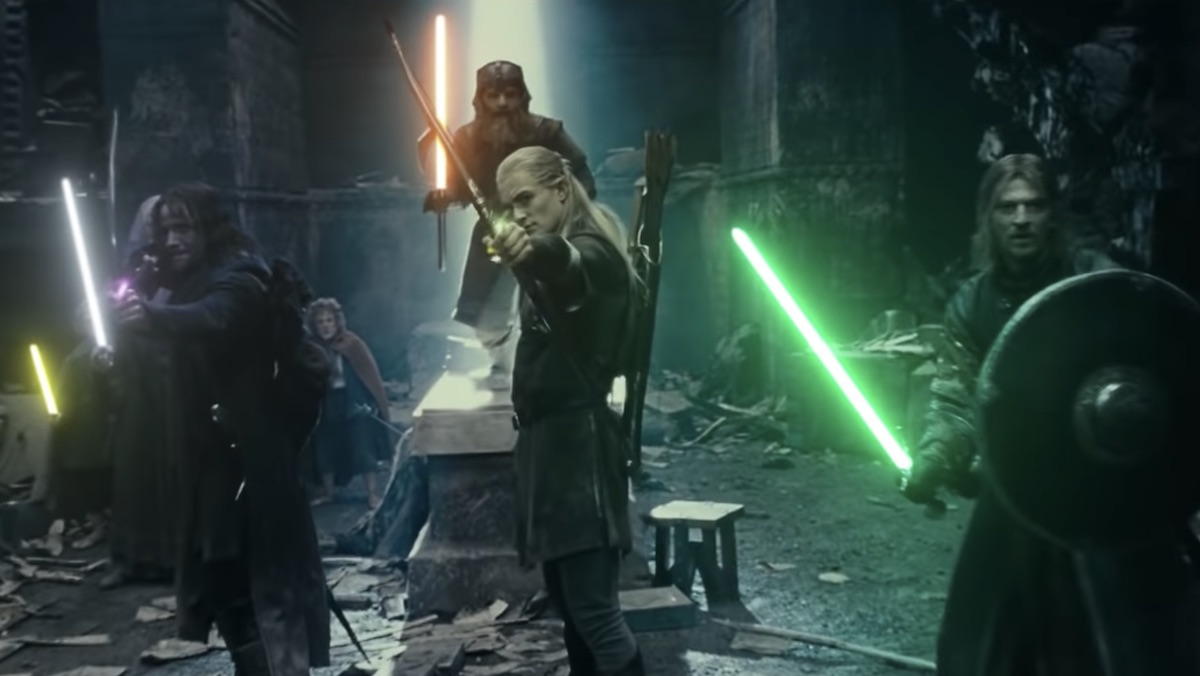 This was obviously an insane amount of work, but it was worth it. This might be the best lightsaber edit ever. It looks amazing, and it gave me an all new appreciation of just how great lightsabers really are. Forget what they add to the galaxy far, far away. They even make Middle Earth more epic.

TAGGED: Star Wars, Lightsabers, The Lord of the Rings