Amazon’s upcoming The Lord of the Rings series will once again bring viewers to Middle-earth. But soon Warner Bros. Interactive Entertainment will let fans immerse themselves in J.R.R. Tolkien’s fantasy world anywhere they go. The studio has announced the development of a new mobile game, The Lord of the Rings: Rise to War. It will take place during the time of the original trilogy, and will feature familiar faces and locations.

We are pleased to announce our collaboration with NetEase, Inc. on the mobile game development of The Lord of the Rings: Rise to War. Set in the Third Age of Middle-earth, this latest mobile strategy game will feature iconic characters and locations from the original trilogy. pic.twitter.com/2cwlnmiFtL

WB Games and NetEase, Inc. announced they are working together on a new officially licensed mobile strategy game for The Lord of the Rings. It’s “based on the iconic trilogy of books by Tolkien” and is set in the Third Age of Middle-earth. That’s the time period of the novels, from Sauron’s first defeat by the Last Alliance all the way until Gandalf, Galadriel, Elrond, Bilbo, and Frodo left for the Undying Lands.

The game is set to release on September 23. Fans of the franchise will recognize this day as orbiting an important one in the series. On September 22, Bilbo and Frodo Baggins celebrate their birthdays. This Lord of the Rings mobile game will be a worthy celebration… we hope!

Fans can now pre-register for the game on iOS or Android. While registering you can align yourself with a famous faction. Currently available options are Gondor, Rohan, Lothlórien, Erebor, Isengard, Mordor, Angmar, and Rhûn. 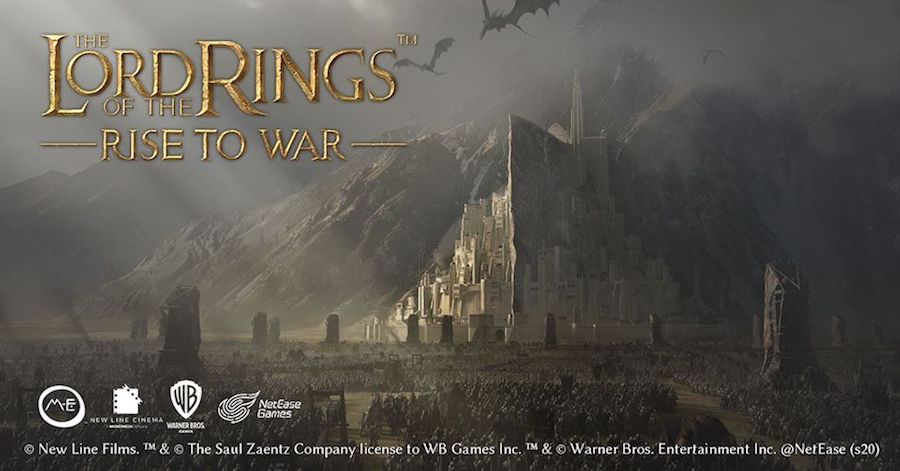 Despite being based on a wildly popular IP, the initial response to the game wasn’t too positive. Some fans are worried about potential in-game purchases turning Rise to War into a micro-transaction money-maker rather than a fun and exciting exploration of Middle-earth.

What an utter shame. Give us Battle for Middle Earth 3 not this crap. https://t.co/dTXbftumo4

Others think a mobile game is the antithesis of the series. And many would much rather play a console game instead.

Give us a proper lord of the rings game please. Do something for pc or and consoles please !!! Hd remake of two towers and return of the king ?

An Open World 3RD Person RPG Middle Earth iP with choice of Character Factions selection, with (Next-Gen Technology)
would be what any Gaming fan craves with mounts to travel Openworld Map.
Dwarves Warhogs, Rams, Etc...Shame fan's aren't getting this instead...

Not exactly the response WB Games or NetEase were looking for, but what did they expect? You do not simply walk into The Lord of the Rings universe without creating high expectations.