How Long Can You Sail a Straight Line Across the Earth? - Nerdist

How Long Can You Sail a Straight Line Across the Earth?

If there’s a zombie apocalypse—or you win the lottery and want to thrill it up for a few years—you’ll want to know what the longest, straight sailable line across Earth is. Luckily, the below video from YouTube channel, RealLifeLore, provides that exact information. And it sounds like whether you’re fleeing or partying, you’re looking at a very long trip on the water.

RealLifeLore, a channel aiming to provide answers “to questions that you’ve never asked,” does just that in the video. And even though none of us will ever traverse the longest sailable line, it’s still a fun factoid to know. Just like knowing what the longest walkable line across Earth is.

As the narrator notes, determining this unimpeded sailable line is essentially impossible without a computer program. Due to the fact that there are five trillion points on a globe (with a resolution of about 53 miles) to consider as start and end points for the journey, figuring out which pair makes for the longest, straight sailable line would take forever. But for an algorithm, it’s no sweat. 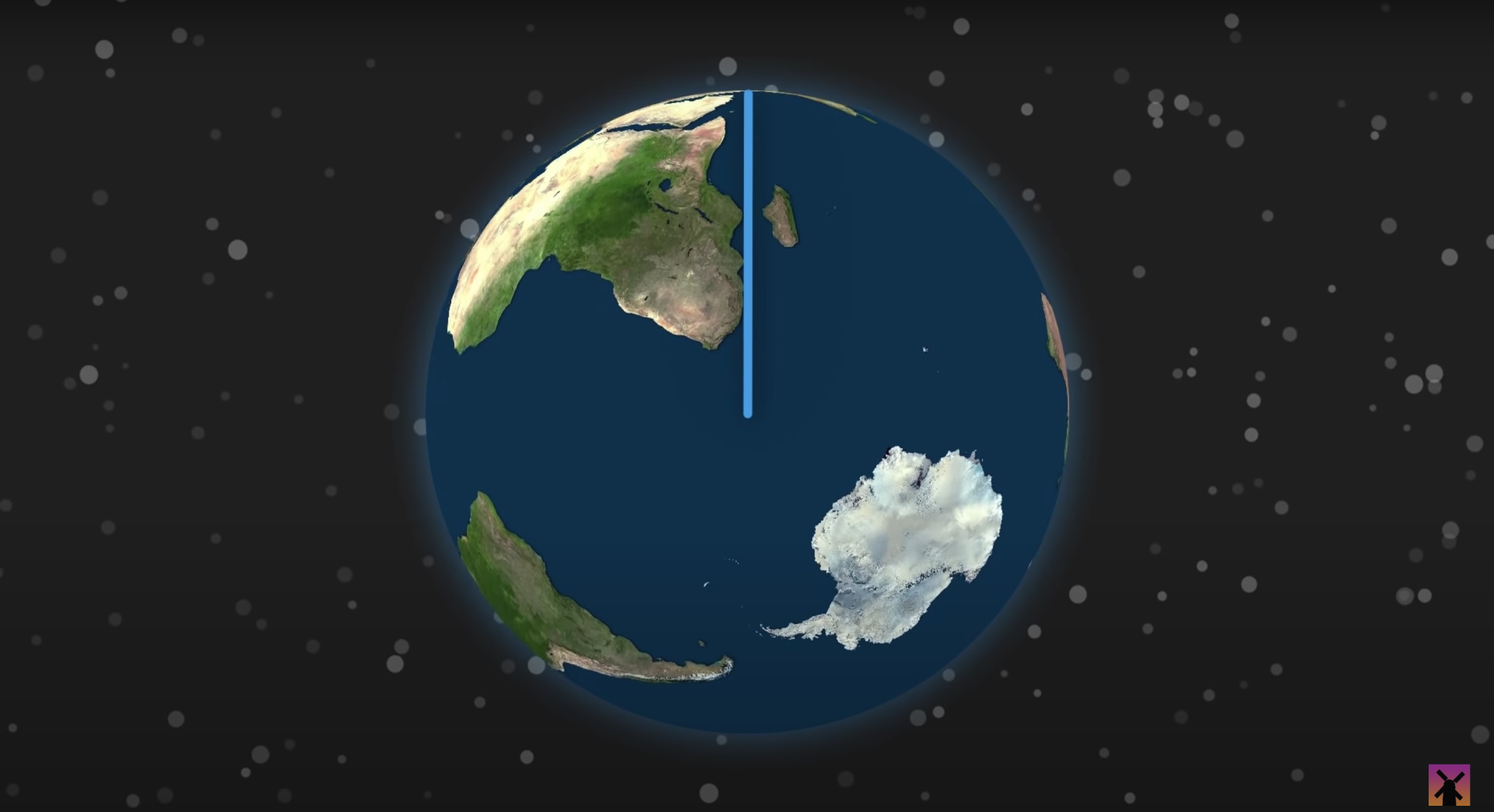 Two computer scientists, Rohan Chabukswar at the United Technologies Research Center in Ireland, and Kushal Mukherjee at IBM Research in India, created the algorithm that found the line (visualized below). Although the impetus for the project was a—now confirmed—claim that the longest straight-line path a person could travel without touching land is a line from Pakistan to Russia; one that crosses the Indian, Atlantic, and Pacific Oceans.

As for the answer, the longest straight line a person could sail begins in Somiani, a coastal town in Pakistan. The line then travels southwest, past Somalia, between Africa and Madagascar, and then across the Atlantic. Then, between Antarctica and South America, the line squeezes through the Drake Passage. Finally, the line moves across the entire Pacific Ocean, and stops at the Kamchatka Peninsula in Russia.

And if that sounds like a harrowing journey, that’s because it most definitely is. ReaLifeLore notes, for example, that people sailing this line would have to pass through windless doldrums, 80-mile-per-hour gusts, extremely powerful currents, and the most desolate part of the planet. But if anybody does manage the journey, it’ll be quite a tale to tell—if the world isn’t overrun with zombies.