We’re all reminded from time to time that Earth’s tectonic plates are in constant flux. There was recent news, for example, that the odds of a San Andreas quake occurring between the Pacific and North American plates may have just risen. Now, scientists say new satellite data support the idea that the African continent is splitting in two thanks to tectonic movement, and that that split will give rise to a new ocean. 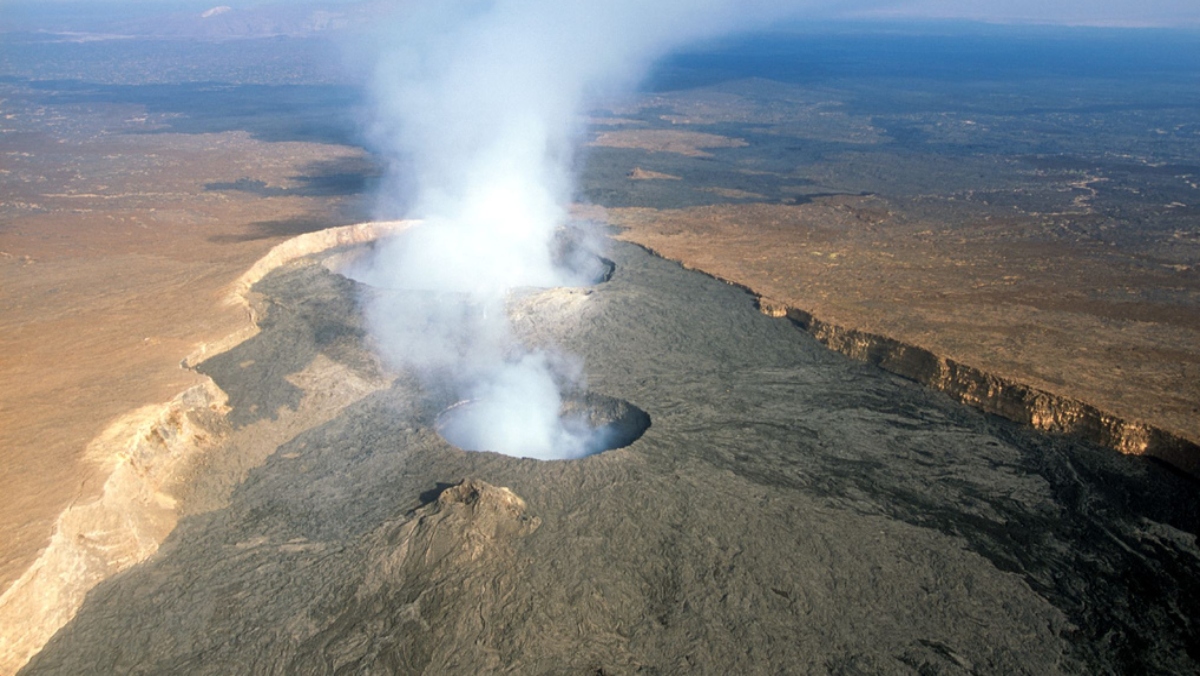 In an NBC News report, which comes via Futurism, Christopher Moore, a doctoral student at the University of Leeds in the UK, discussed the new satellite data. Moore has specifically been using satellite radar to monitor volcanic activity. At least some of the Ph.D. candidate’s research is being conducted near Ethiopia’s Erta Ale shield volcano, pictured above. 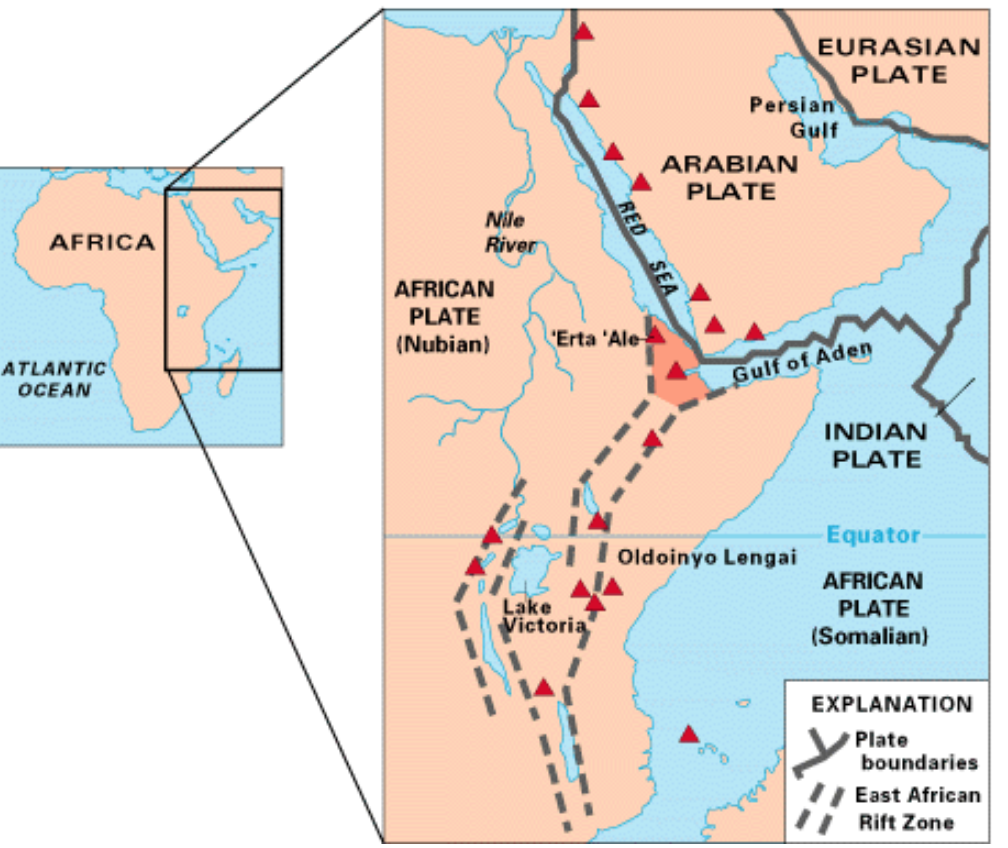 In the picture immediately above, the gaps between the segmented lines represent the East Africa Rift (or EAR) Zone, where the African continent is splitting. Note that the splitting of this eastern part of Africa from the rest of the continent is due the fact that the Africa Plate, a tectonic plate, is in the process of splitting into two new plates. The two new plates have been dubbed the Somali Plate (bottom-right side) and the Nubian Plate (left side).

Ken Macdonald, a marine geophysicist at the University of California, Santa Barbara, told NBC News that “With GPS measurements, you can measure rates of movement down to a few millimeters per year.” He added that “As we get more and more measurements from GPS, we can get a much greater sense of what’s going on.”

Thanks to the new satellite data, at least in part, Moore says that scientists can now see that ocean crust is starting to form along the EAR zone. (The western branch of which is shown in the rendering below.) Moore says he’s able to identify that the newly forming oceanic crust is different from continental crust due to their differences in composition and density.

“The Gulf of Aden and the Red Sea will flood in over the Afar region [shaded area in the map] and into the East African Rift Valley and become a new ocean….” Macdonald told NBC News. He added the newly separated part of Africa “will become its own separate small continent.” Although according to National Geographic, a complete separation isn’t expected for about 50 million years. 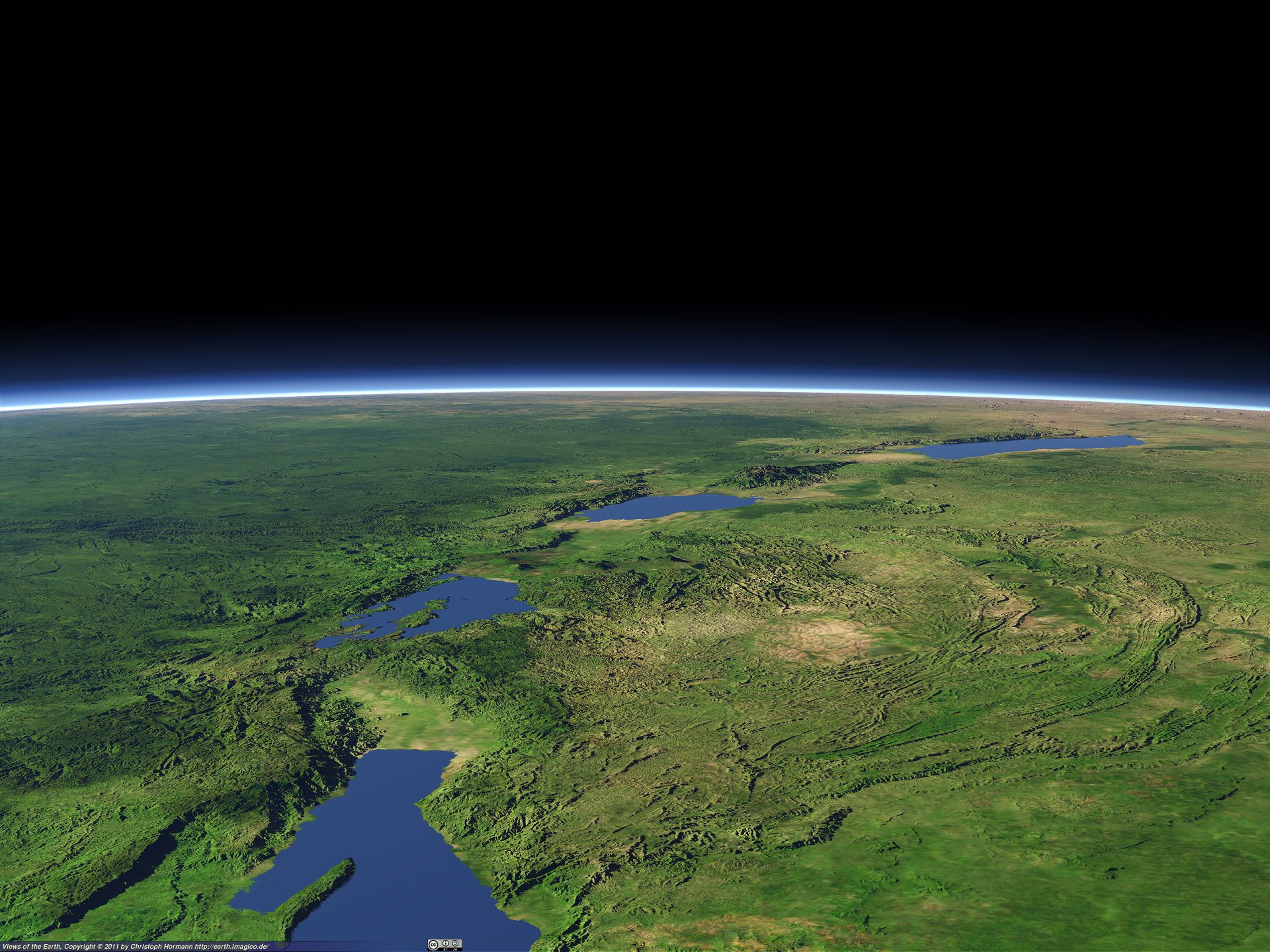 What do you think about this splitting up of the African continent? Do you foresee any way the breakup could happen a lot sooner than experts predict? Let us know your thoughts in the comments!