LOCKE & KEY Trailer Is Like a Psychedelic Horror Narnia

Locke & Key fans first thought they were going to see the beloved graphic novel come to life on screen back in 2011, after Fox had showed the series’ pilot at that year’s San Diego Comic-Con. But that was as far as that version ever went. After other possible adaptations, both for television and the big screen, had come and gone over the course of the decade, Locke & Key seemed destined to be stuck in the terrible dimension of developmental purgatory. But now the wait is finally over—Joe Hill and Gabriel Rodriguez’s comic is set to debut as a new Netflix series. But after so long, is there anyway it can possibly live up to years of anticipation? The first trailer for the show certainly won’t lessen fan excitement. And it’s likely to generate plenty of interest from newcomers to the story.

“After their father is murdered under mysterious circumstances, the three Locke siblings and their mother move into their ancestral home, Keyhouse, which they discover is full of magical keys that may be connected to their father’s death. As the Locke children explore the different keys and their unique powers, a mysterious demon awakens—and will stop at nothing to steal them.”

Locke & Key is based on the popular IDW horror comic book series that ran from 2008 to 2013. The “coming-of-age mystery about love, loss, and the unshakable bonds that define family” spans centuries and multiple dimensions. It combines gore and the supernatural along with mind-bending imagery. Yet the story is also touching and heartbreaking, focusing on a family dealing with unimaginable grief. And as this trailer show, they are also dealing with forces (and keys to strange places) they don’t totally understand.

Netflix might prove to be the perfect home for Locke & Key, as the streaming site isn’t afraid to embrace prestige horror (The Haunting of House Hill), nor is it afraid to develop vast and potentially confusing source material (looking at you The Witcher). This initial trailer indicates that the show’s creators Carlton Cuse (Lost and Bates Motel) and Meredith Averill (The Haunting of Hill House) want to make something that truly captures the spirit of what made the comic special. The show will be a huge success if they can live up to Gabriel Rodriguez’s artwork for the comic. 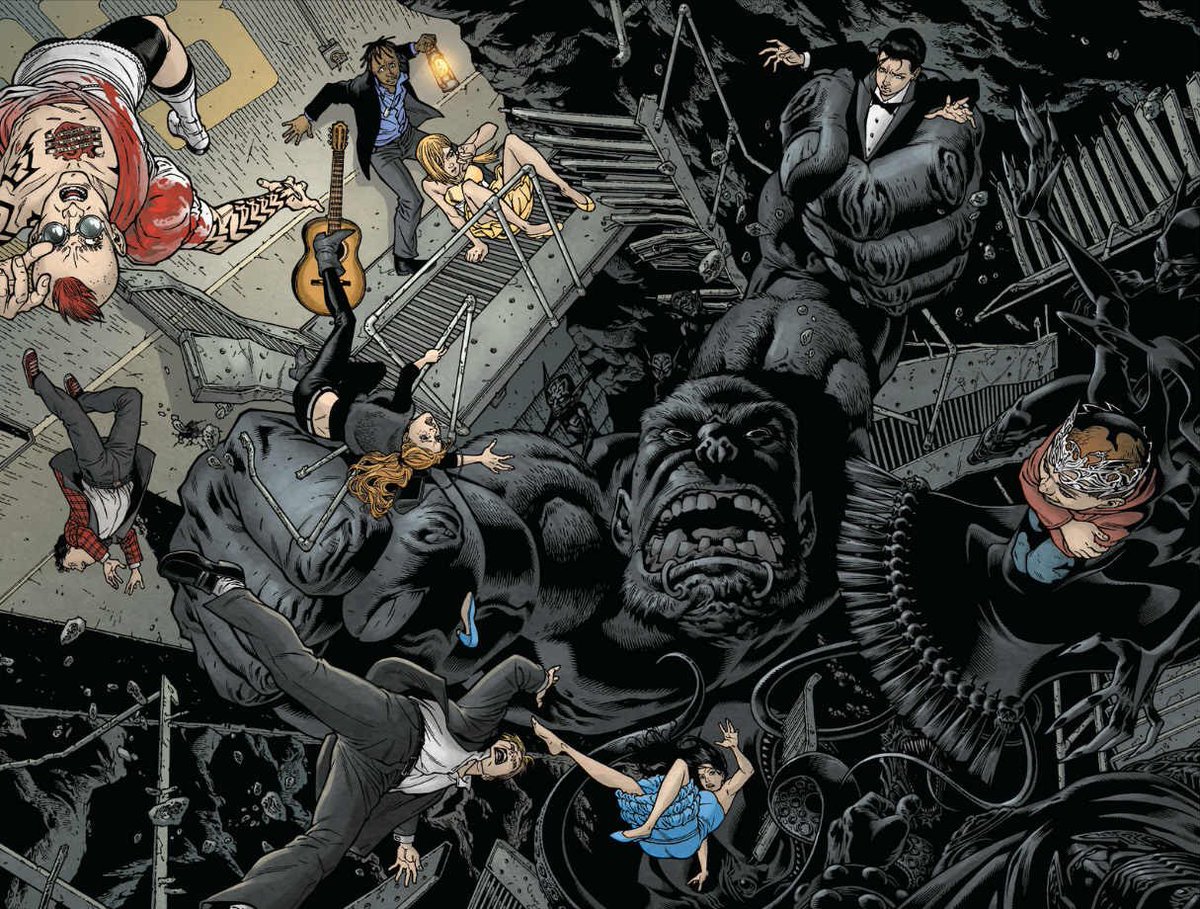 As good as this trailer looks though, ultimately we’ll have to wait to see if it lived up to our oversized expectations. Hopefully it does, and then we can all start complaining about waiting for the show to come back.