It sounds like believers in the Loch Ness Monster, a.k.a. Nessie, may have to contend with another blow to their faith in the elusive, and quite probably fabricated, denizen of the deep. That’s because according to new DNA research, it seems that one of the most likely explanations for Nessie is that it’s just a big eel. Or even a series of smaller eels, although that wouldn’t be as big of an eel deal.

DNA testing could prove what the #LochNessMonster is (and isn’t!) once and for all. ?? Loch Ness Monster: New Evidence with @ProfGemmell premieres Sunday, September 15 at 8|7c. #LochNessNewEvidence

BBC News recently reported that a team of researchers from New Zealand, led by Professor Neil Gemmell of the University of Otago, ran DNA samples from the water in Scotland’s famed loch and found a whole bunch of eel DNA. This isn’t an astonishing newsflash by any stretch of the imagination, as it’s well known that the freshwater sea inlet is home to numerous European eels. But it does add to mounting evidence suggesting that Nessie isn’t an extant plesiosaur. 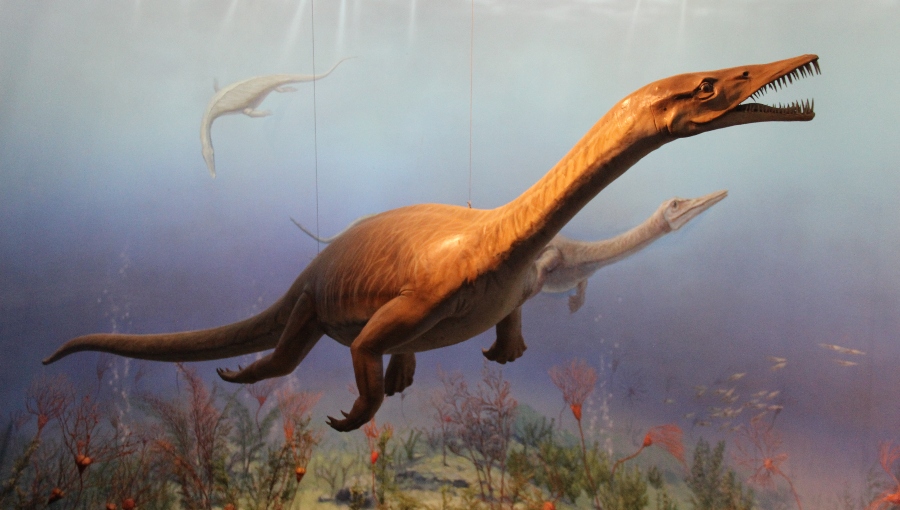 Professor Gemmell told BBC News that “There is a very significant amount of eel DNA [in Loch Ness]… with eel DNA found at pretty much every location sampled…” He added that he and his team found no evidence of any “environmental-DNA sequence data” that’s even remotely related to the pleiosaur, nor any shark, catfish, or sturgeon for that matter. Gemmell did say, however, that “the sheer quantity of the material says that we can’t discount the possibility that there may be giant eels in Loch Ness.”

A giant eel would certainly make sense in context. Wikipedia notes that the first report of “a strange creature” in Loch Ness came in the 1870s, when a person by the name of D. Mackenzie claimed to have seen some kind of animal “wriggling and churning up the water.” Seems like “wrigging and churning up water” would be well within the wheelhouse of a giant eel.

The European eel featured in the news this week following a high profile #eDNA study of Loch Ness. Numbers in Scotland believed to have fallen by >90% since the 1990s. The @IUCN regards the species as critically endangered @ICES_ASC @ProfGemmell @marinescotland @fms_scotland pic.twitter.com/j629Kl9eJI

Later — often highly dubious — reports noted that what we now know as the Loch Ness Monster was not only huge, but also had a “whale like” body. This paints a mental picture of Nessie looking a lot more like a pleiosaur, but you still have to ask yourself: Is it more likely that Nessie is an abnormally large eel that’s been mythologized over the last 150 years, or is it a singular leftover large marine reptile that roamed Earth’s waters roughly 150 million years ago? This may help you decide.

What do you think of this Nessie news? Are you now convinced the Loch Ness Monster is a big eel, or are you still on team pleiosaur? Let us know in the comments!