Lizzie Borden's Home Can Now Be Yours - Nerdist

Lizzie Borden’s Home Can Now Be Yours

“Lizzie Borden took an axe, and gave her mother forty whacks;When she saw what she had done, she gave her father forty-one.”

That infamous rhyme has been heard on playgrounds for over 125 years. It’s been on the lips of kids ever since Lizzie Borden was accused of hacking her father and stepmother down with an axe in Fall River, MA in 1892. Even though she was the only real suspect, Borden received an acquittal. She died in 1927, but her legend has never really gone away. Now, true crime fans have a chance to get even closer to the notorious suspected murderess, as her home has gone up for sale.

Maplecroft is up for sale.

The house that Lizzie Borden lived in until her death is available. You can view the listing from realtor Suzanne St. John of Century 21’s The Seyboth Team on Redfin. As noted in the listing, this home was Borden’s final resting place. It is not the house where the murders actually happened. Although true crime aficionados can still visit that home, which has been hosting tours for decades. It’s even a bed and breakfast and museum. 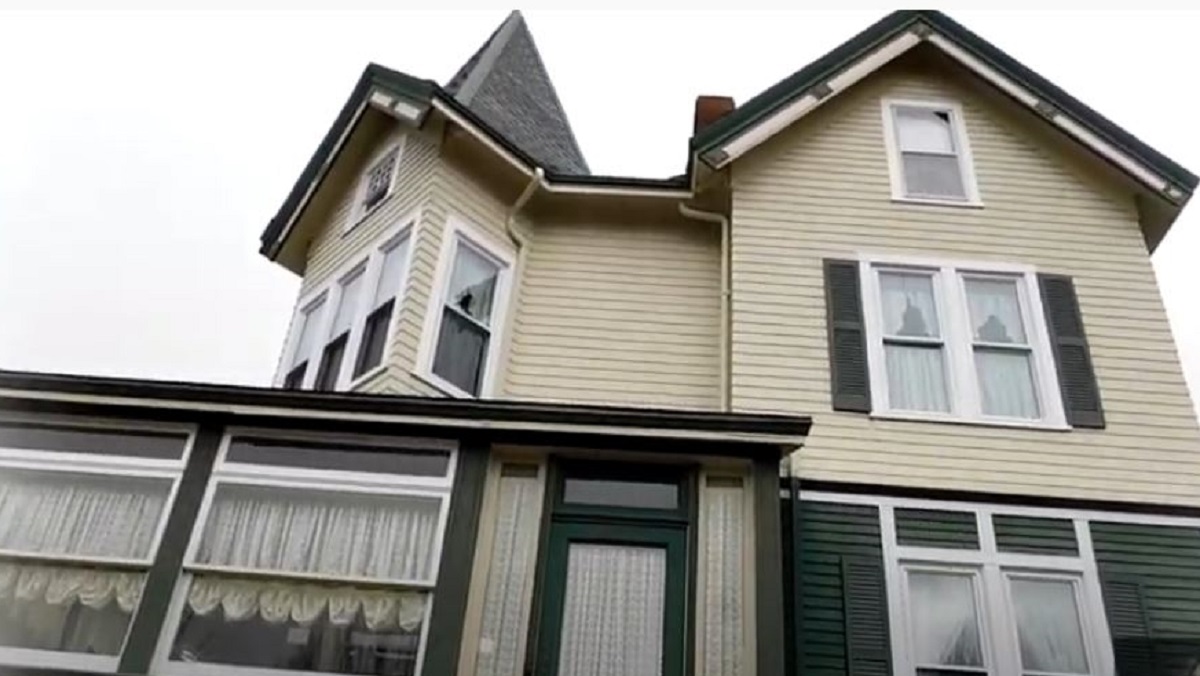 Still, the house where Borden actually lived the rest of her adult life should be fascinating to anyone. Especially folks who are amateur ghost hunters. If Lizzie’s spirit is going to be hanging out anywhere, it’s probably in her own home. You can check out a video tour of this infamous house below from the Explore New England YouTube channel:

This Queen Anne Victorian mansion has a wonderfully spooky name as well: Maplecroft. The name alone suggests it should be the headquarters for a coven of witches or the like. The manor home has a whopping six fireplaces, seven bedrooms, and three baths. We’re talking 4,000 square feet. Just imagine the amazing Halloween parties one could throw there. For more information on putting down an offer on this historic home, be sure to head on over to Redfin.com.