The classic anime series Neon Genesis Evangelion is still as beloved today as it was when it first premiered in 1996. It has since produced several spin-offs and merchandise, to the tune of some $16 billion. Yes, that’s more than The Simpsons, Frozen, World of Warcraft, Minecraft, and a whole lot of others.

But have you ever tried to explain the complex narrative of this giant mecha anime to a newbie? Well, if you can’t, then you should present them with this Neon Genesis Evangelion in 5 Minutes video from the folks at Mega64. You can watch this entire rip-roaring recap video right here. Although we should warn you, it’s actually ten minutes long and not five. There’s a wee bit of false advertising here. Just sayin.’

Here’s the official description from Mega64:

“The complete anime series Neon Genesis Evangelion is told in stunning live action for the first time. Homemade (sweded) for Maximum Instrumentality. Giant monsters known as “Angels” have invaded Tokyo-3. Teenage pilots must use bio-mechanical mecha known as Evangelion to combat them. This is the story of Shinji, a pilot caught up in the final battle, for both the world we know and the soul within. Watch in 4K where possible.” 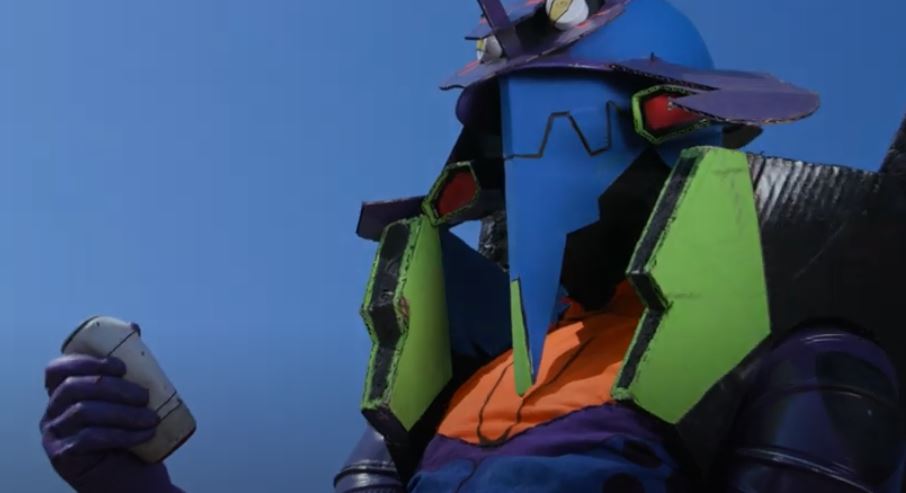 In the past, Mega64 have made similarly hilarious videos for the likes of Dragon Ball Z and Metal Gear Solid. For those of you out there unfamiliar with the term “sweded,” it is lifted from the Michel Gondry film Be Kind Rewind, which featured the employees of a video store making their own homemade versions of popular movies and renting those out to customers instead. Sweden is where the movies supposedly come from in the film, hence the term “sweded.” Real life YouTube videos galore have now started using the term. Might we suggest Gundam next, Mega64?