It’s the holiday season! Which feels a bit daunting in 2020. This year has been a ride, to put it lightly. But if the holidays are your thing, it’s finally time to indulge in some of the joyful offerings the season brings. For some of us, that means a lot of good food, time with loved ones, and music. Or, if you’re anything like me, it means re-watching Greta Gerwig’s Little Women on a loop and admiring how beautiful this movie looks. I realized, in watching and reading up on the movie, what an aesthetic dream Little Women really is. And how easy the look is to recreate!

The 2019 film—one of many adaptations of Louisa May Alcott’s beloved book of the same name—is a dream. Not only is it cozy and warm from a soul-level, but it also perfectly updates the story. Jo March (Saoirse Ronan) is an analogue for Alcott in this version. She’s headstrong, a bit stubborn, but always providing for the people around her. And always keeping family gatherings fresh and exciting. This shines especially in the Christmas segment of the film, when Jo brings holiday merriment in the form of a play. The family performs it for local children, in a scene that is lively, lovely, and embodies the holiday spirit. 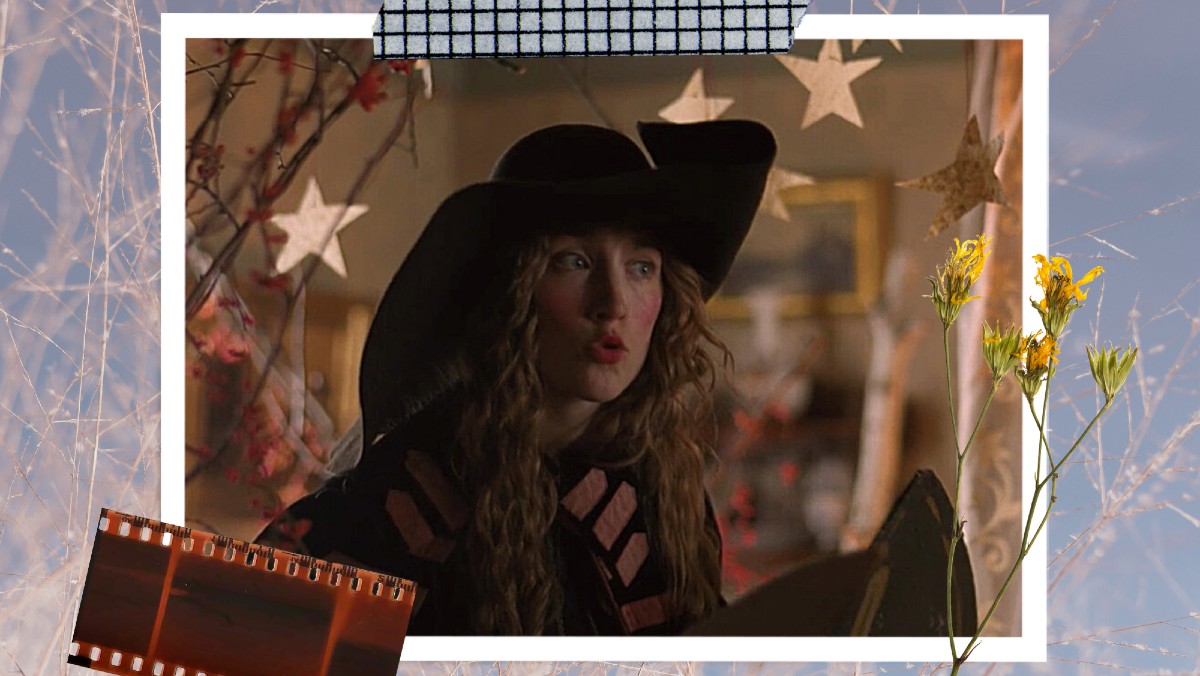 But apart from just being a happy, sweet moment, the scene is loaded with gorgeous holiday decorations. Paper stars, brambles covered in lush red berries, branches and streamers and lace. It looks great, but it’s also rather DIY. It’s like stepping into a book of fairytales. That’s something production designer Jess Gonchor had in mind. In the book Little Women: The Official Movie Companion, Gonchor says of the home: “We wanted to have the outside of the March house feel like a beautiful old wooden jewelry box, so the outside is wood tone and brown. When you open it up, it’s an Easter egg. There’s some beautiful velvet in there.”

One definitely gets that impression, particularly in the Christmas pageant scene and in other holiday moments. To give the house its eclectic decorative look, set decorator Claire Kaufman made the house look like the girls decorated it themselves. In the Official Movie Companion, she says that she filled the house with pine garlands and edible treats. She also trimmed the tree with real candles.

“We got a tree that was spindly, not a big full tree. It was important to me to do that because that’s what people did. No fake tree. It was going and cutting down a fresh tree and then putting candles on it and dried oranges and stringed popcorn. I tried to be true to that and what people did in that era.” 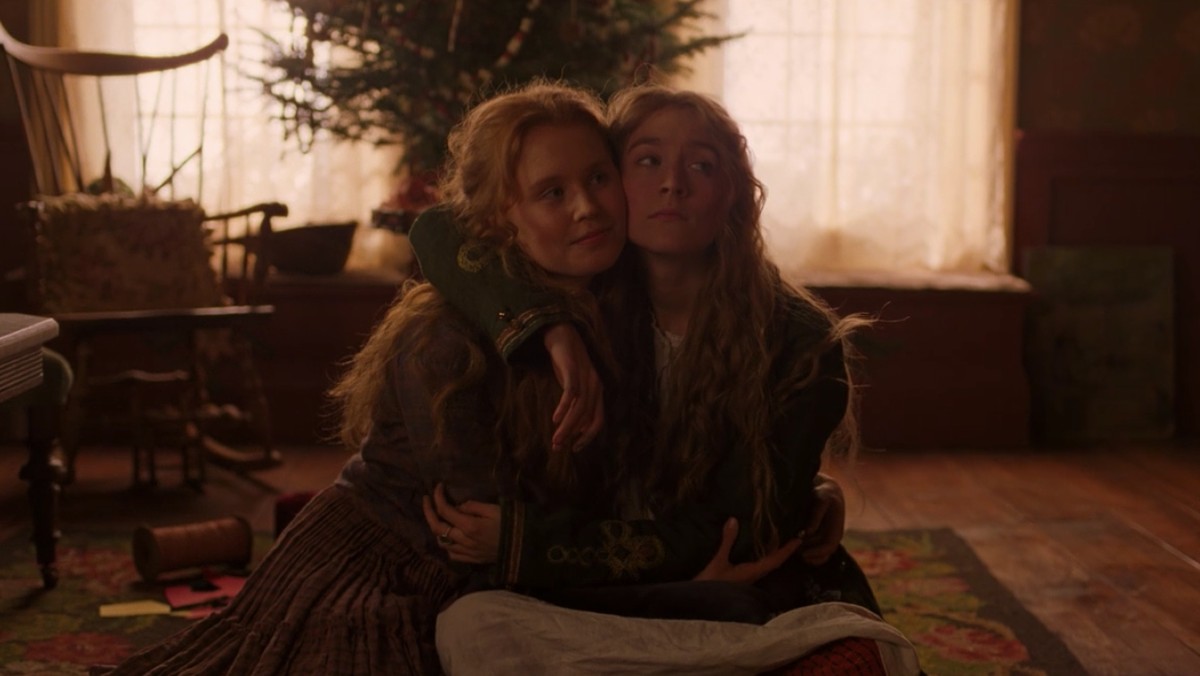 The result is something easily replicable. In 2020, with many of us on tight budgets, it can feel a bit overwhelming to spend money on Christmas decorations. Including big, impressive trees. Kaufman, and the film, show that with tender love like the March sisters, you can still indulge in decorations without breaking the bank. Try grabbing some branches from outside and arranging them in a vase. Or cutting out stars like the ones in Jo’s Christmas play and hanging them with string all around your living space. If you’re in a wooded area, you can find pine cones and berries and other nature-based things for your home. Or, if that fails, do the classic popcorn string trick.

Recreating that March-home look isn’t hard. And in fact, it can be pretty fun. It’s an excuse to make a fire (or put a fake one on your TV screen), put on some tunes, and get to crafting. The March sisters would be proud. And you you can feel like you’re living in the confines of Little Women, one of the coziest, loveliest movies of the last several years. Because in 2020, it’s important to find joy wherever you can.