Symbiotes are not real. Or so the government would have us believe. However, until the powers-that-be finally admit the truth, we have to work under the assumption none of us will turn into a brain-eating antihero monster anytime soon. Obviously that’s disappointing, but don’t despair. You can at least dress in a way that will make people think you’ve combined with an alien symbiote. We don’t mean by simply engaging in traditional cosplay though. Someone made a gravity-defying liquid costume that looks like Venom come to life.

Youtuber Jake Laser didn’t settle for making a normal costume of our favorite symbiote. He made one that looks as lively as Venom does on screen. His suit (which we first saw at Geeks are Sexy) uses ferrofluid to create a costume full of kinetic energy. It relies on ferrofluid, a magnetic liquid made to avoid clumps. It can do amazing things thanks to magnets, including looking like it’s alive. Ferrofluid moves in a way similar to how Venom’s black goo.

Laser got ferrofluid to run throughout his clothing by making his costume out of magnetic beads. Those little magnets attract the ferrofluid, which then moves like an inky liquid into his costume. The effect looks even better since the liquid goes up his arm first, as though gravity doesn’t exist.. The end result is an effect that mimics how Venom’s body overtakes Eddie Brock’s. 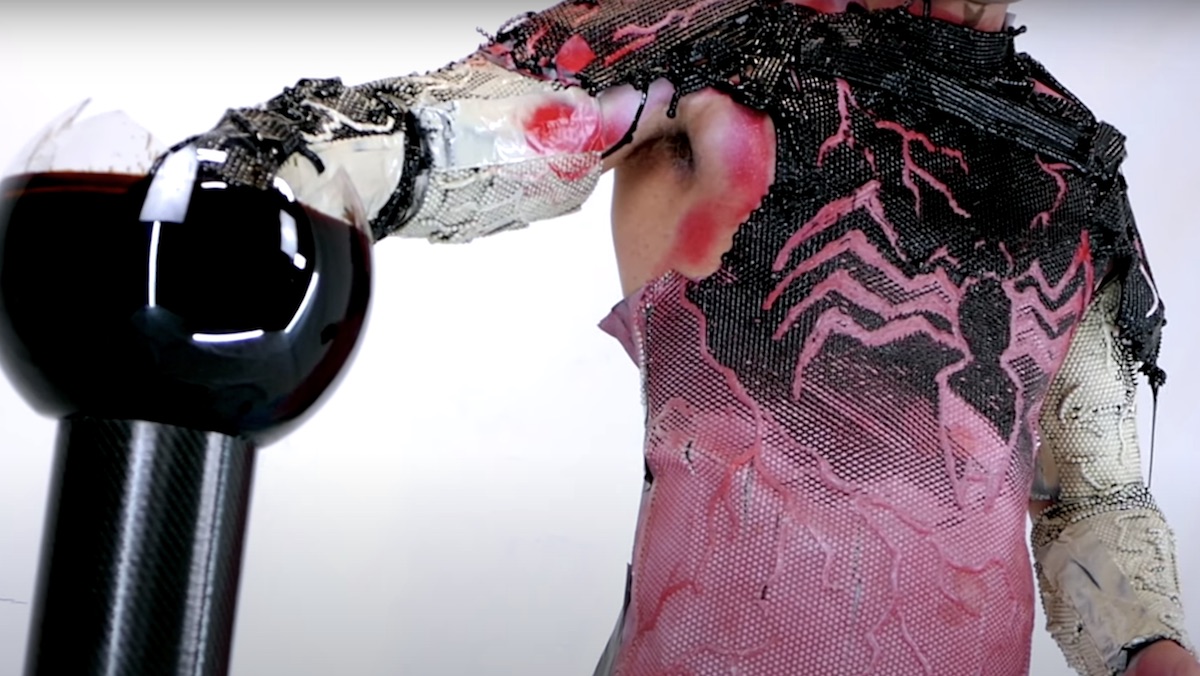 Of course, as this video shows, making something like this is a little more complicated than all of that. And considering how much ferrofluid you end up wearing on your skin it’s not exactly ideal for a Halloween party. But compared to how hard it is to make our government admit symbiotes are real? Well this is as easy as biting the head off a chicken.

We just hope ferrofluid doesn’t make you want to actually do that. We don’t want to experience all of Venom’s traits.