After Avengers: Infinity War and Avengers: Endgame, the MCU’s Mad Titan known as Thanos has achieved iconic movie villain status. He now stands alongside the likes of Darth Vader and Hannibal Lecter as a world famous symbol of on screen evil. And as such an immortal baddie, he deserves a noble bust in his honor, don’t you think? Well, he finally has one worthy of his name. 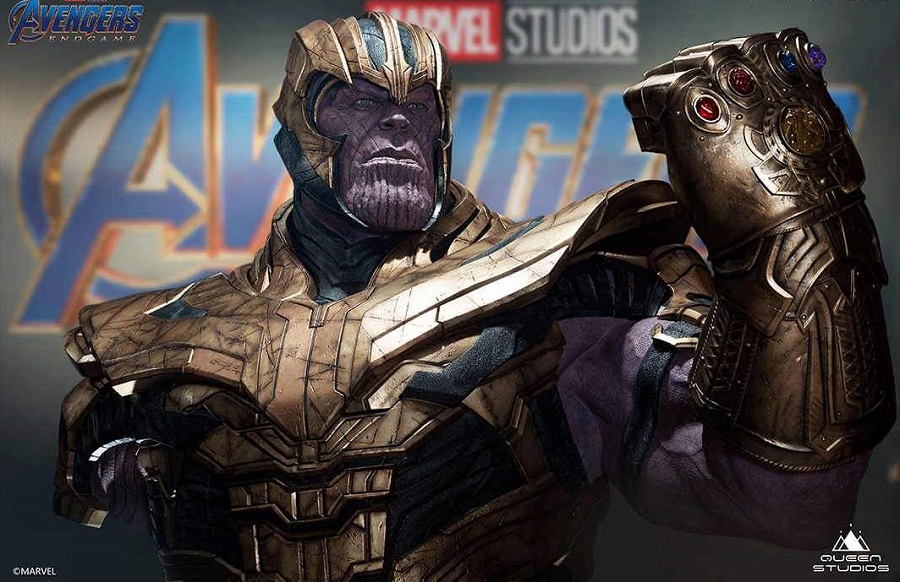 Via Toyark, we’ve learned about an amazing life size Thanos bust from the folks at Queen Studios. The polystone bust stands over 44″ tall, and showcases the galactic despot wearing his powerful Infinity Gauntlet. He comes decked out in his Avengers: Endgame finale battle armor. Maybe the coolest features is that the Infinity Gauntlet features light up LED Infinity Stones. 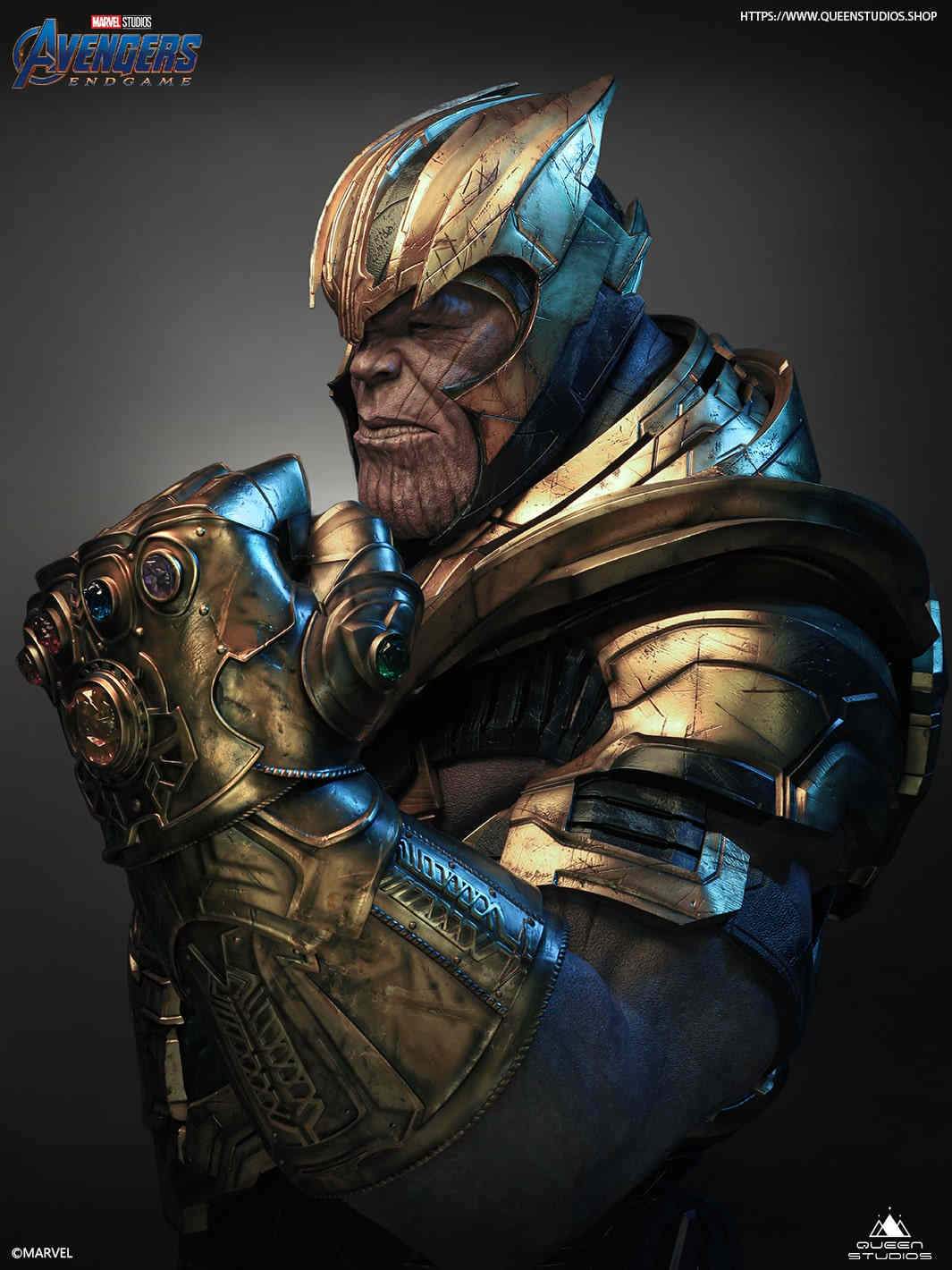 The Thanos bust is going to have a very limited production run, with only 99 of busts manufactured. But we hope you have some deep pockets, because this Thanos life size bust will set you back a whopping $6,450. The life size Thanos bust is currently sold out at Queen Studios’ online store, but some are still available via retail partners in Brazil and Europe. 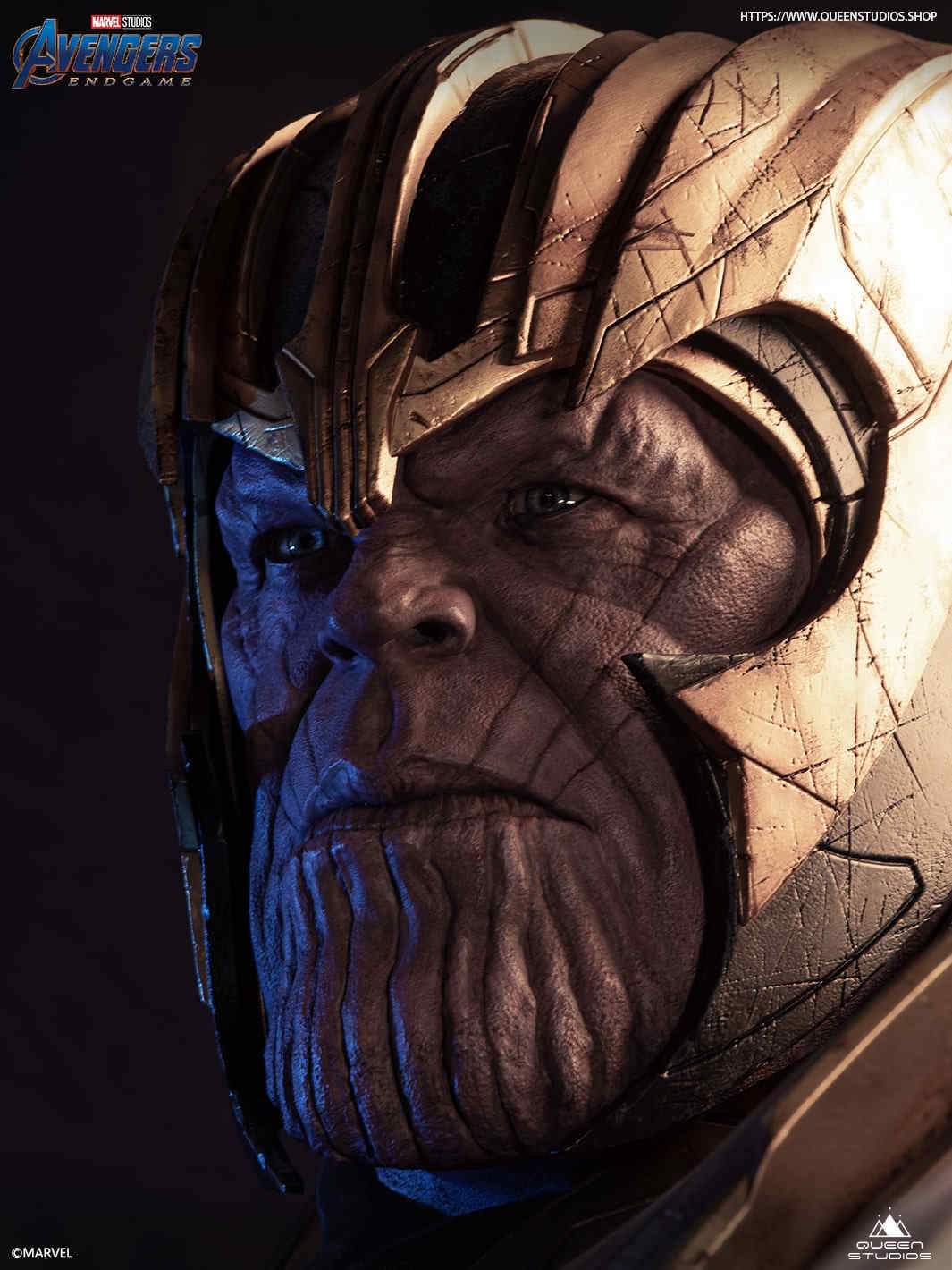 This is the official Queen Studios’ description for the being who wiped out half the universe with the snap of a finger.

“Thanos thought he could bring balance to the universe be eliminating half of the population. However, he made one grave mistake. Those that remained would never for get those that were lost. After beheading the Mad Titan, the Avengers travel back in time to retrieve the Infinity Stones hoping to reverse the evil deed. But a past version of Thanos discovers their mission and follows them in the future for one final showdown.”

The Thanos bust should begin shipping in the first quarter of 2022.