Parks and Rec is back!! And we can’t wait for the crew to unite tomorrow in aid of Feeding America. Luckily, NBC has released a teaser for the scripted special that is even better than we could have imagined. And boy are we happy to see Leslie Knope and Ron Swanson again.

The clip showcases two of our absolute faves, Ron and Leslie as they video chat about the COVID-19 crisis. Leslie is being as caring as ever whilst Ron is boasting about his survival techniques. As a precaution the beloved cranky government employee has been hunting and stocking up on homemade venison jerky. We only get to see a moment between the two but it is nothing short of heartwarming. We’ve missed the residents of Pawnee so much and to two of them back, with writing just as good as before is what we need! 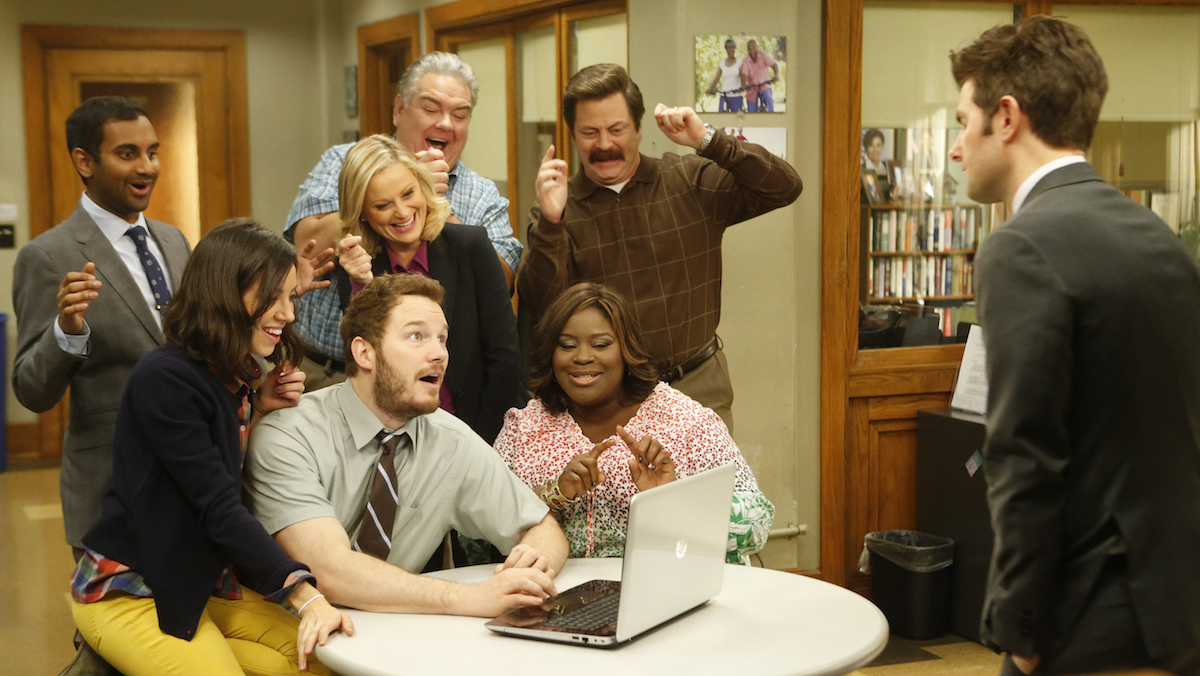 The 30 minute scripted special aims to raise money for Feeding America and the donation site is open now! The coolest thing about this is that the team behind the special are giving $500K in matching donations. So the more you donate the more they’ll contribute too. It’s the kind of teamwork that would make Leslie Knope proud!

Now that we’ve gotten this glimpse at what the special has to offer we’re even more excited about watching it when it airs on April 30th 8PM on NBC. We know that Ron has been living it up in the woods, Leslie seems like she’s in an office, so where are the rest of the crew? Are Andy and April still together? Where’s Ben? Have Jean Ralphio and Tom been self-isolating together? There’s so much we need to know! Thankfully we won’t have to wait too long to find out!!

You can donate to the Parks and Rec fund for Feeding America now! Lil Sebastian would be proud.