Leonard Nimoy wasn’t only Spock on Star Trek. He was a celebrated stage actor and director of many successful films like Three Men and a Baby. But he would also willingly cash in on his good name as a sci-fi icon to sell consumer products from time to time. Case in point, this 1981 extended commercial for the brand new Magnavox LaserDisc player. This vintage video, which comes to us via Laughing Squid, shows Nimoy interacting with a glowing, chirping space rock. We’re guessing this was Maganvox’s substitution for an R2-D2.

Nimoy is in full Spock mode in this video, minus the trademarked pointed ears, of course. His inquisitive reactions to watching an ABBA disc are very Vulcan-esque. I guess the only thing making him seem un-Spock-like is that mustache. In some ways, he predicted Ethan Peck’s fully facial-haired Spock decades later on Star Trek: Discovery. We do love that far-out white get-up he’s wearing, though.

Back in the early ’80s, the home video market was beginning to boom. The VHS vs. Betamax wars were just starting, and companies tried to decide which format would be the American consumer’s choice as their home video option. While VHS won that war, for more choosy home cinephiles, LaserDisc was the option of choice. Imagine a DVD, only the size of an LP record. And you had to flip from one side to the other halfway through a movie. It was a chore to do, but the video quality was far superior to either tape format. 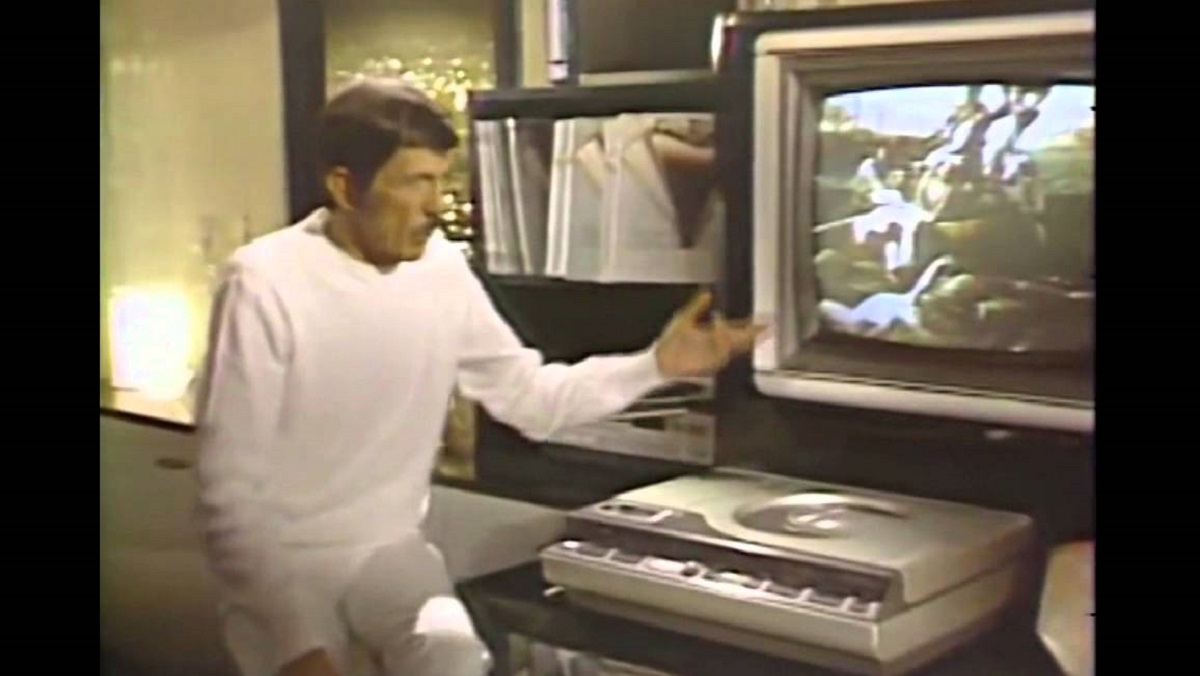 Another advantage of LaserDisc was that if you wanted to see a movie in widescreen, this was often the only option for home video. But LaserDisc never became more than a niche product, unlike the later (and far superior) DVD. But it’s fun to go back in time and see video evidence of an era when something as clunky as a LaserDisc player was the cutting edge of home theater.