The Allspark can turn lifeless technology into sentient robots. But keeping it out of the metal hands of the Decepticons is not easy. We’re better off not having that ancient powerful artifact anywhere near Earth. Besides, we don’t need it. We have talented humans who can do something similair. Like this skilled LEGO builder who made a replica Super Nintendo that also doubles as the secret Transformer. And Super Famitron comes with his own family of robot fighters.

Julius von Brunk’s latest YouTube video (which we first saw at Kotaku) shows how he made the coolest LEGO Super Nintendo in the world. It’s perfect just as a model of that classic gaming console, complete with controllers and a game. It features a spring-loaded trap door for putting in its LEGO cartridges. The power buttons actually slide up and down as well. And the dark grey eject button does just that.

But this machine is so much more. It’s really a giant Transformer that turns into a robot he calls Super Famitron. This Transformer’s size does make it hard to get it to stand up. But we doubt many robots would stand against it. Especially because its other components are also secret Transformers ready to fight with it. 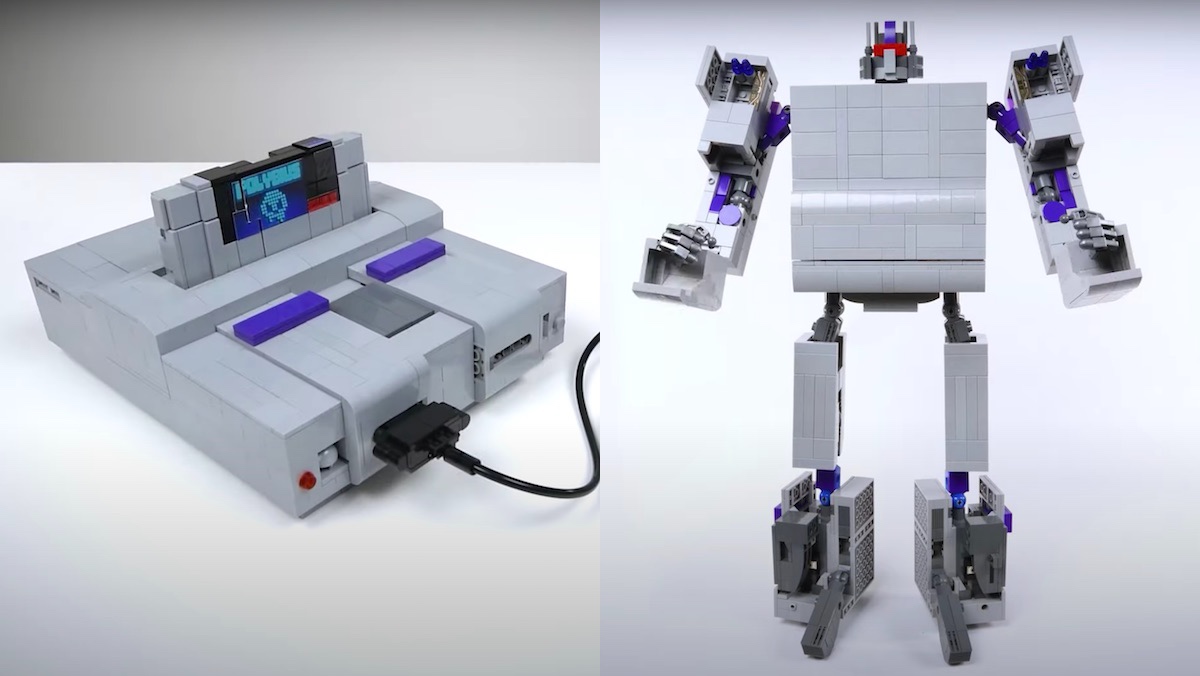 The group includes the cartridge names Polybius. He’s joined by two gorilla controllers, the perfectly named Simian Kong and Primal Kong. Together they look ready to protect any bedroom from younger brothers who want to sneak in and play Super Mario World when you’re out.

While von Brunk began this particular build in 2020, it’s only the latest addition to his line of original video game Transformers. He’s been building them since 2011. You can see more of his console robot team—along with all of his other great LEGO builds—at his YouTube page. We envy the rabbit hole you’re about to go down. These are some of the best fan-made builds we’ve ever seen.

Even if we could find the Allspark here on Earth we wouldn’t want it. Not when we have humans who can make unique Transformers this cool. Besides, game consoles are too expensive to risk in a war with the Decepticons.