In the galaxy far, far away you will never find a more wretched hive of scum and villainy than the Mos Eisley cantina. But now fans of Star Wars must be extra cautious about that poorly lit tavern on Tatooine—and not because they might end up on the wrong end of a blaster. They must be cautious about the damage it can do to their wallets, since LEGO has announced a massive new set based on the infamous watering hole from A New Hope.

And this fantastic collection includes a lineup of minifigs that is most impressive.

LEGO’s new 3187-piece Mos Eisley Cantina set is a giant celebration of that monumentally important Star Wars locale. It’s not only a complete replica of the seedy bar, it will make it possible for fans to recreate famous scenes that happened there. You can have Obi-Wan and Luke recruit Han Solo and the Millennium Falcon, but only after Han shoots at Greedo first. 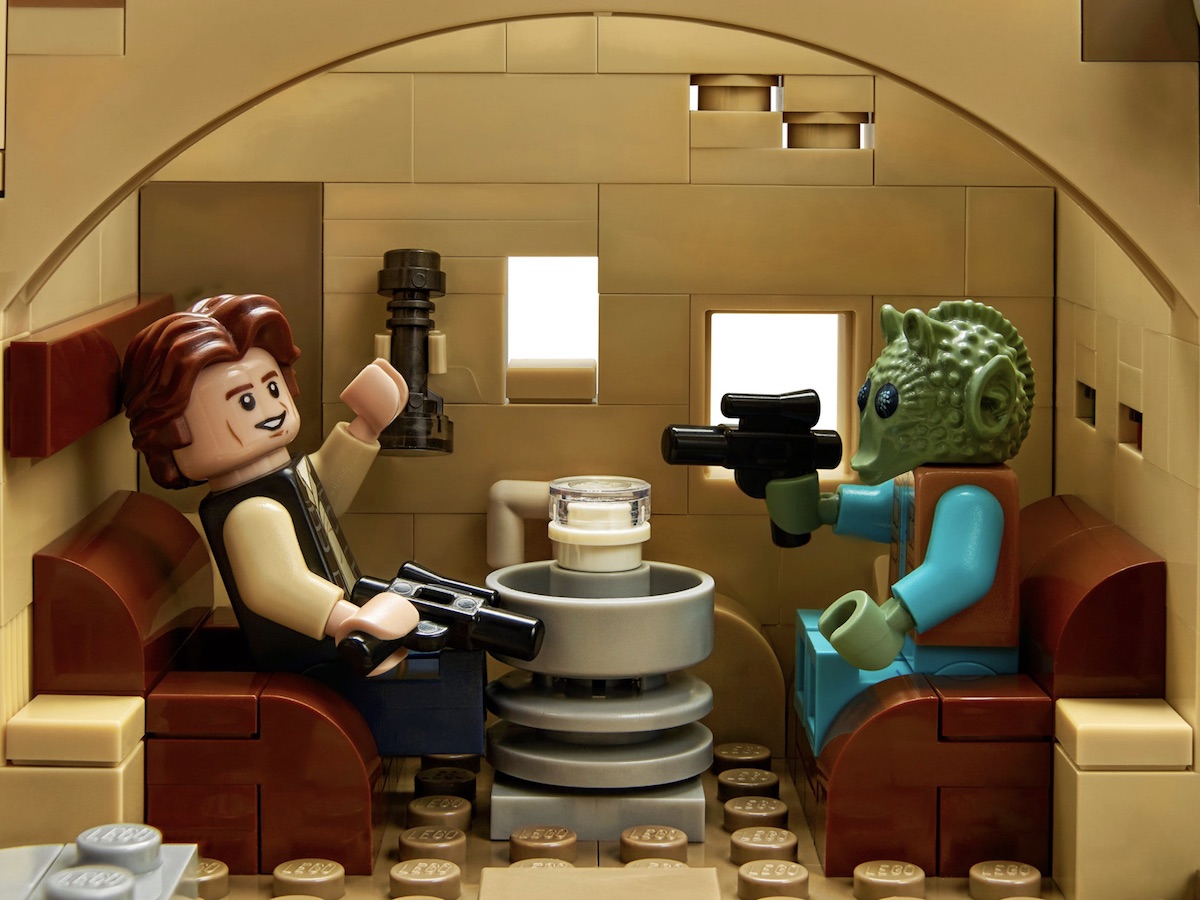 The enormous set, “part of the Master Builder Series of complex builds designed with play in mind,” stands over 7.5-inches high, 20.5-inches wide, and 23-inches deep when opened up. It also comes with two attachable buildings, a newly designed Dewback to park outside, and two Landspeeders, including the first ever LEGO V-35. The collection also comes with a removable roof. It provides “easy access to the different booths so you can explore the many authentic details and play out stories with the heroes and an array of smugglers, bounty hunters and aliens.” 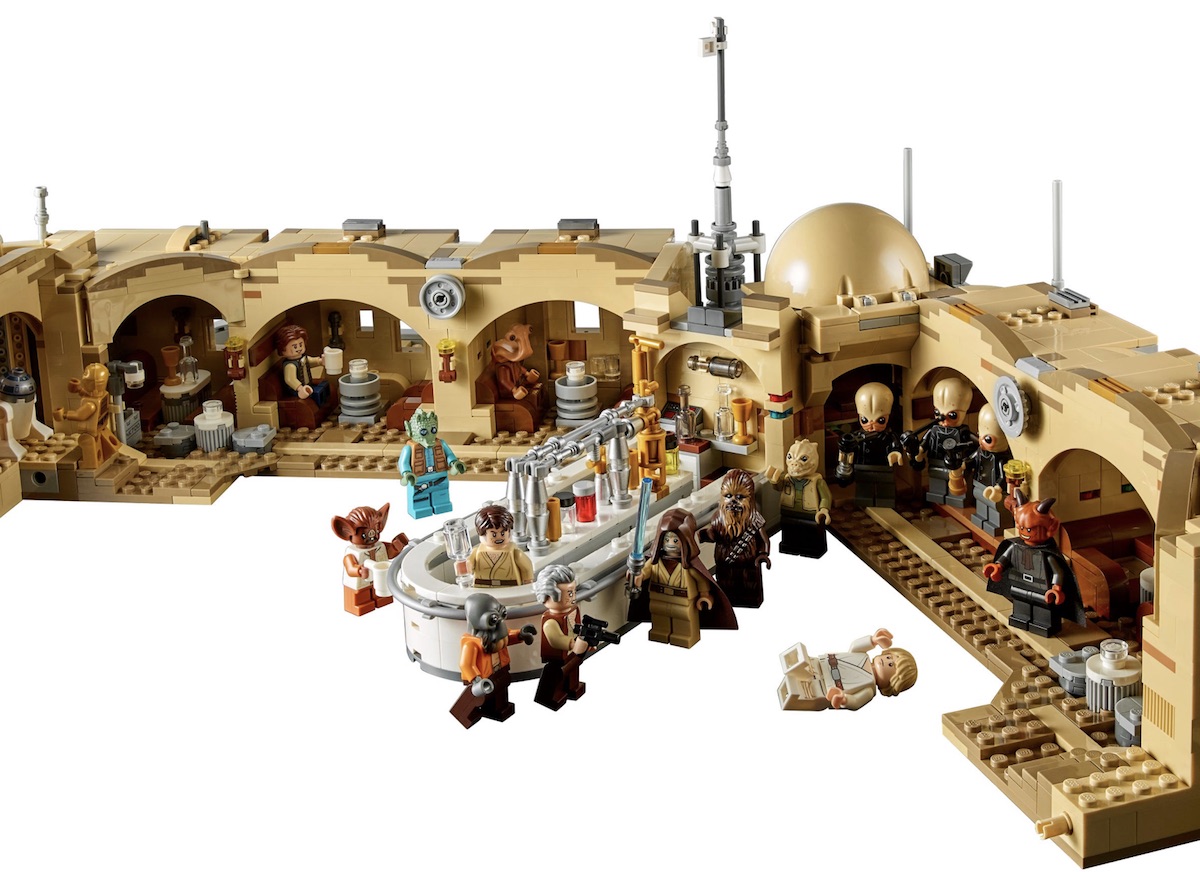 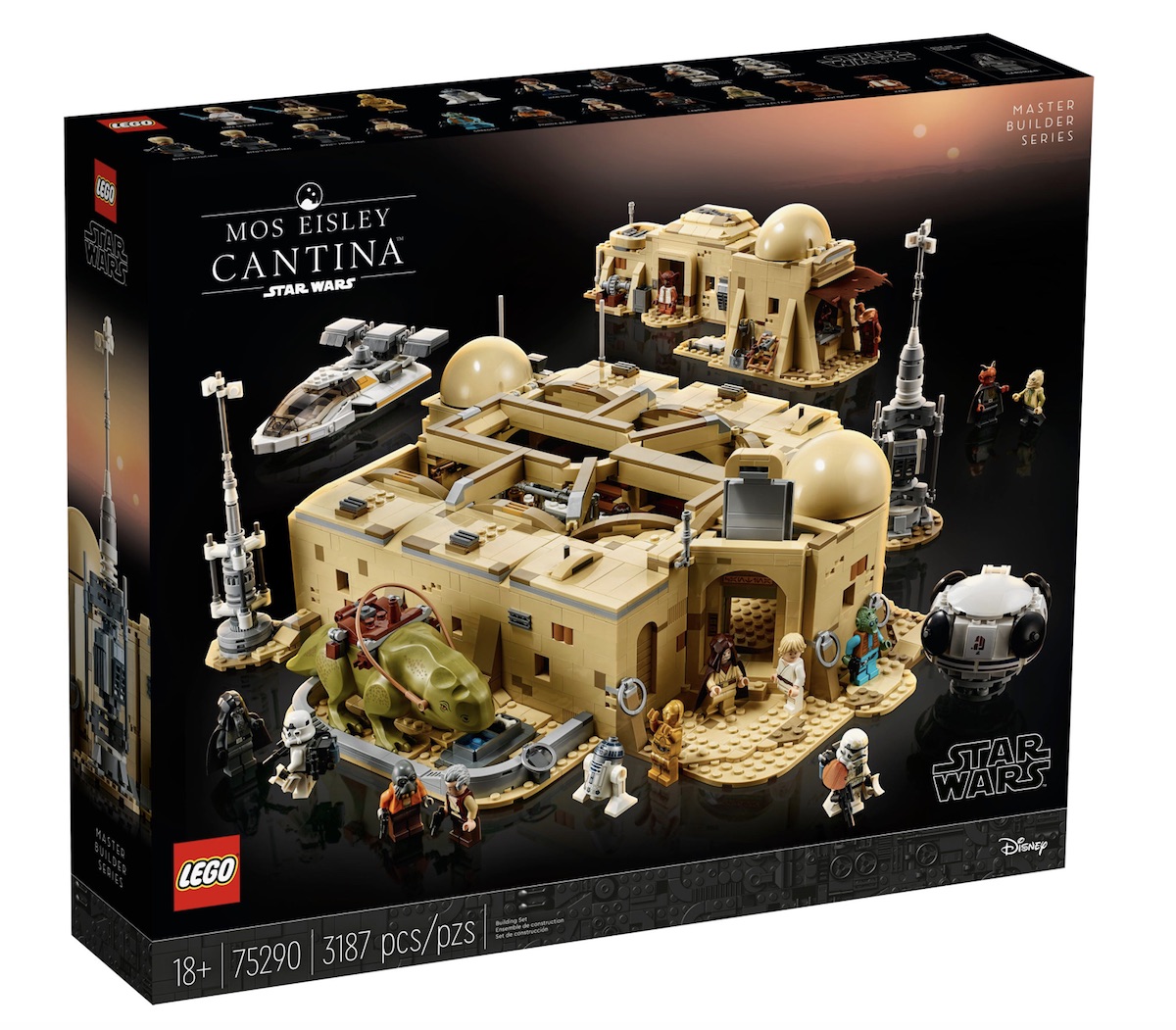 Unsurprisingly, the big set will also require a lot of credits. You can order yours now for $349.99. It will be available on October 1, 2020. Just remember when you’re playing with your Mos Eisley cantina set not to make eye contact with any strangers. That’s how someone loses a LEGO arm.