LEGO Will Haunt Your House With New AR Game - Nerdist

LEGO Will Haunt Your House With New AR Game

Normally only two things about LEGO frighten us: what they do to our checking accounts and accidentally stepping on them. Now The LEGO Group has given us something to really be afraid of – ghosts. Fortunately these spirits should offer some serious fun as part of a newly announced augmented reality game that will let you build sets that will become haunted houses.

LEGO Hidden Side will let kids (and, uh, adults too we hope) combine eight working, functional LEGO sets with an AR app that “fully and seamlessly integrates augmented reality with physical construction to reveal a hidden world of interactive play.” Players will be challenged to turn “a haunted world back to normal, one ghost at a time,” as they clear the physical sets of AR ghosts seen through their mobile devices. 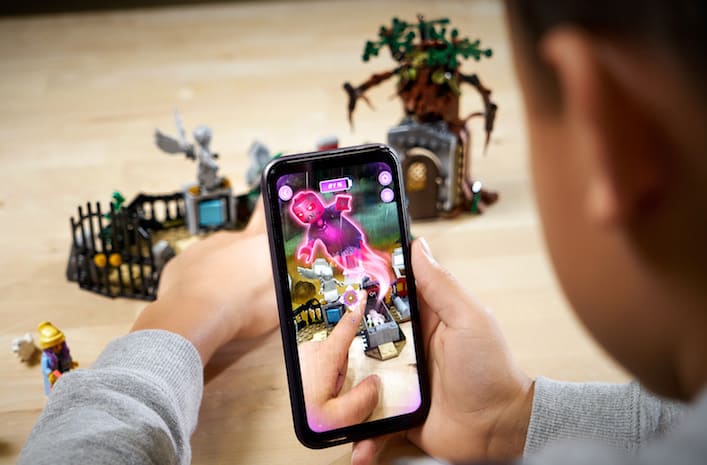 In a press release announcing the game, senior vice president of the LEGO Group’s Creative Play Lab, Tom Donaldson, said that while LEGO is a tactile toy, this was a way to enhance how kids engage with them. “Our years of experience pioneering the convergence of technology and physical play have taught us that kids expect exciting play experiences that move seamlessly between physical and digital worlds – something we call fluid play,” said Donaldson.

The eight buildings that will sold for the game, which also double as normal LEGO sets full of details and mini-figures, range from a 174-piece set ($19.99), all the way up to a massive 1,474-piece set ($129.99), so there will be plenty of options for players of all ages, sizes, means, and scaredy cats who are frighted by ghosts. 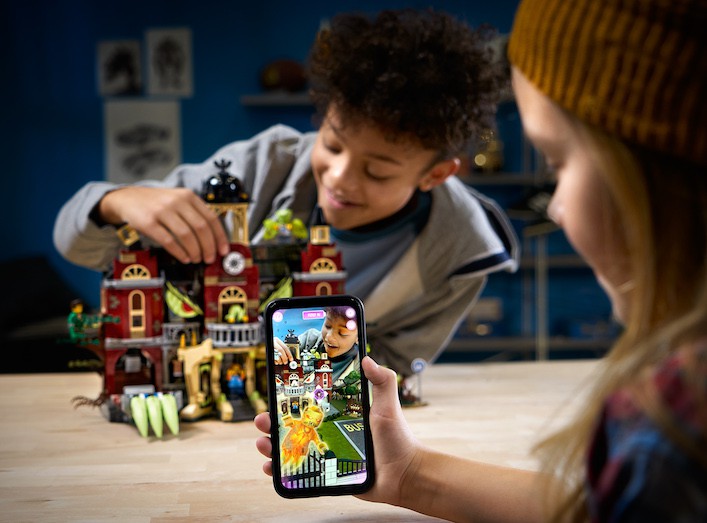 The app for the game – which follows the story of two teenage bloggers Jack and Parker, whose high school is overrun by spirits – will be free to download. Players will be given “a first-person perspective to join the lead characters” as they use their phones to rid the town of paranormal activity.

“By holding their phones up to a physical LEGO model, ‘points of possession’ are activated, releasing virtual ghosts that kids must then capture to stop the haunting. Kids must keep one hand in each world – physical and digital – to progress the play. A short digital game can be played independent of the building sets. The app will add new ghosts, game challenges, and randomization of gameplay to keep kids coming back to their models.”

This is the first interactive service LEGO has ever offered, and after the game launches the app will expand with “new ghosts, new game challenges, and randomization of gameplay.” 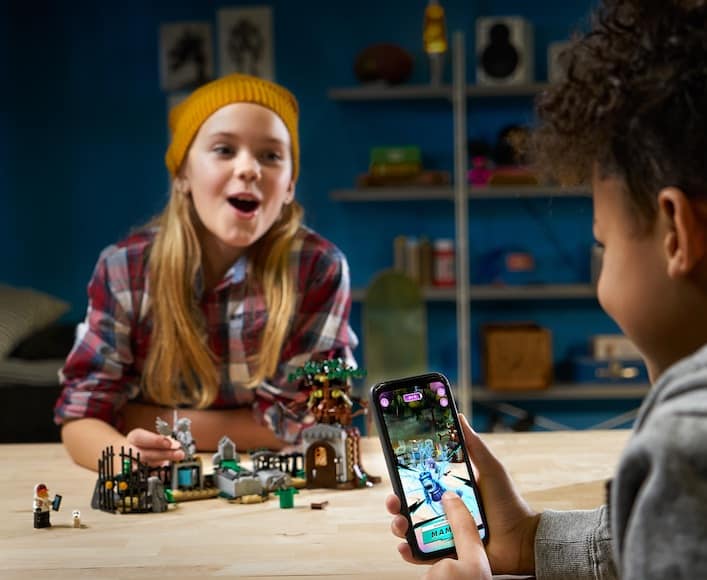 LEGO Hidden Side will make its first appearance at this year’s American International Toy Fair at the Jacob K. Javits Convention Center from February 16 -19 at booth 1335 in Hall 3B. However, it won’t hit stores until late in the summer.

Which means this fall you’ll have to worry that the LEGO you just stepped on, the one you swore wasn’t there before, was placed there by the ghost you forget to get rid of. Now that’s a scary thought.