Time to make another withdrawal from Gringott’s, because LEGO has announced five all-new Harry Potter sets for the Boy Who Lived and some of the most famous moments during his time at Hogwarts. And this year you’ll also be able to celebrate Christmas with a Harry Potter LEGO advent calendar set that will apparate a new toy every day. 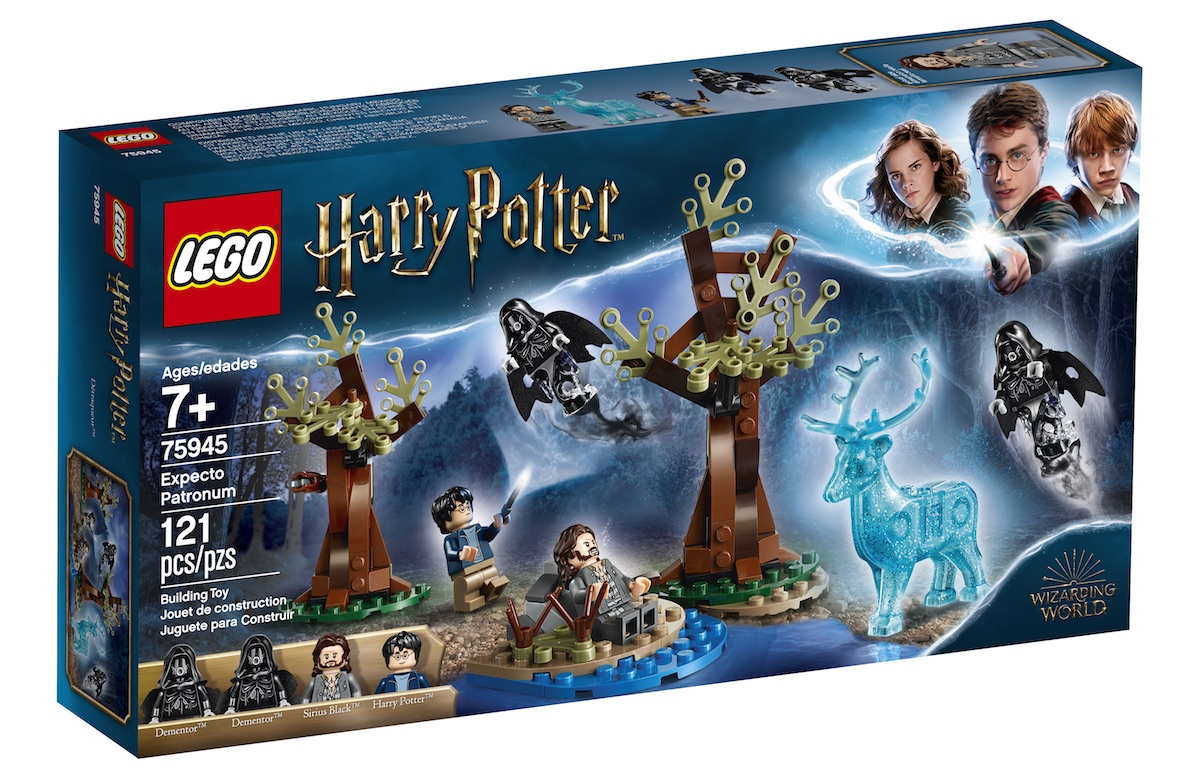 This 121-piece Great Lake Forbidden Forest set ($19.99) will let fans help Harry defend Sirius Black from Dementors. It includes small lakeside build and two trees – with the larger one standing 50inches high, 3-inches wide, and 1-inch deep – each with spell-cast shooting function, plus an all-new semi-transparent glittering stag figure that can take another mini-figure for a ride. Expecto Patronum also comes with all new figures for Harry Potter (with his wand) and Sirius Black, along with two Dementors. 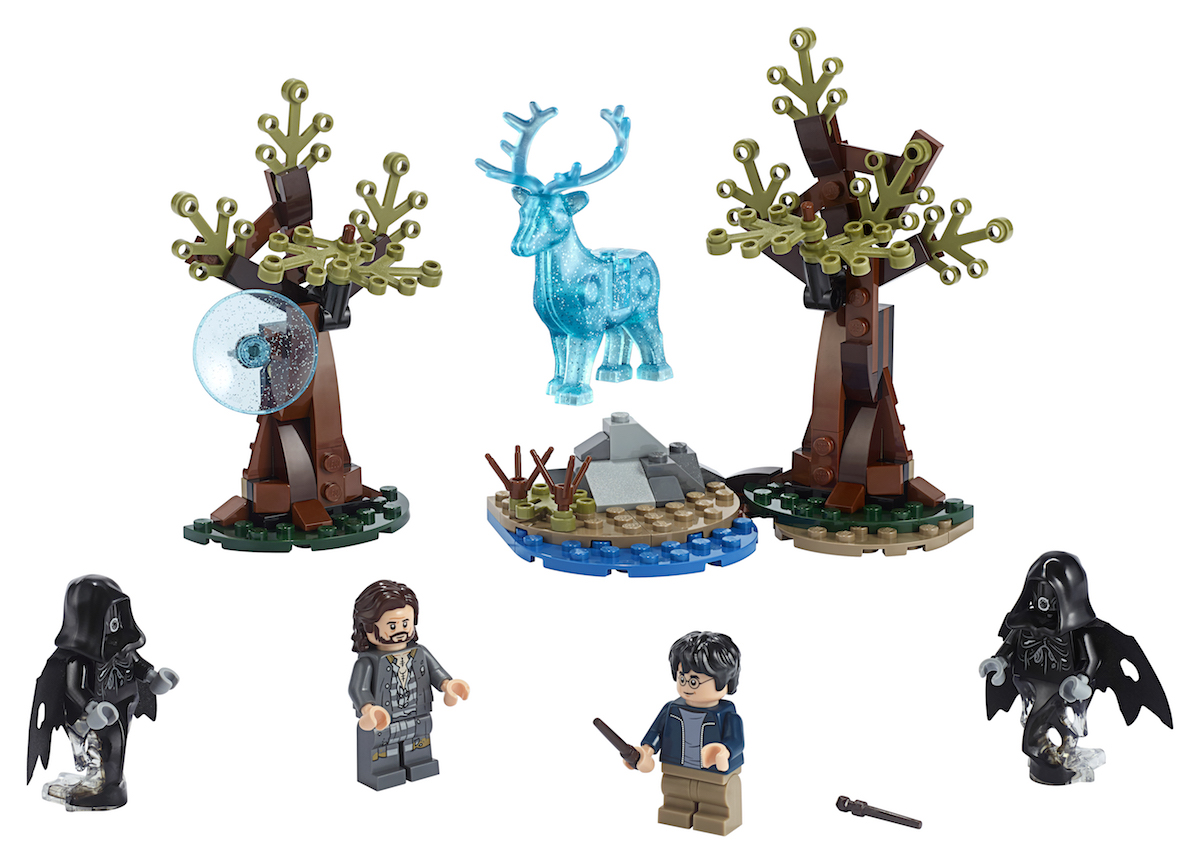 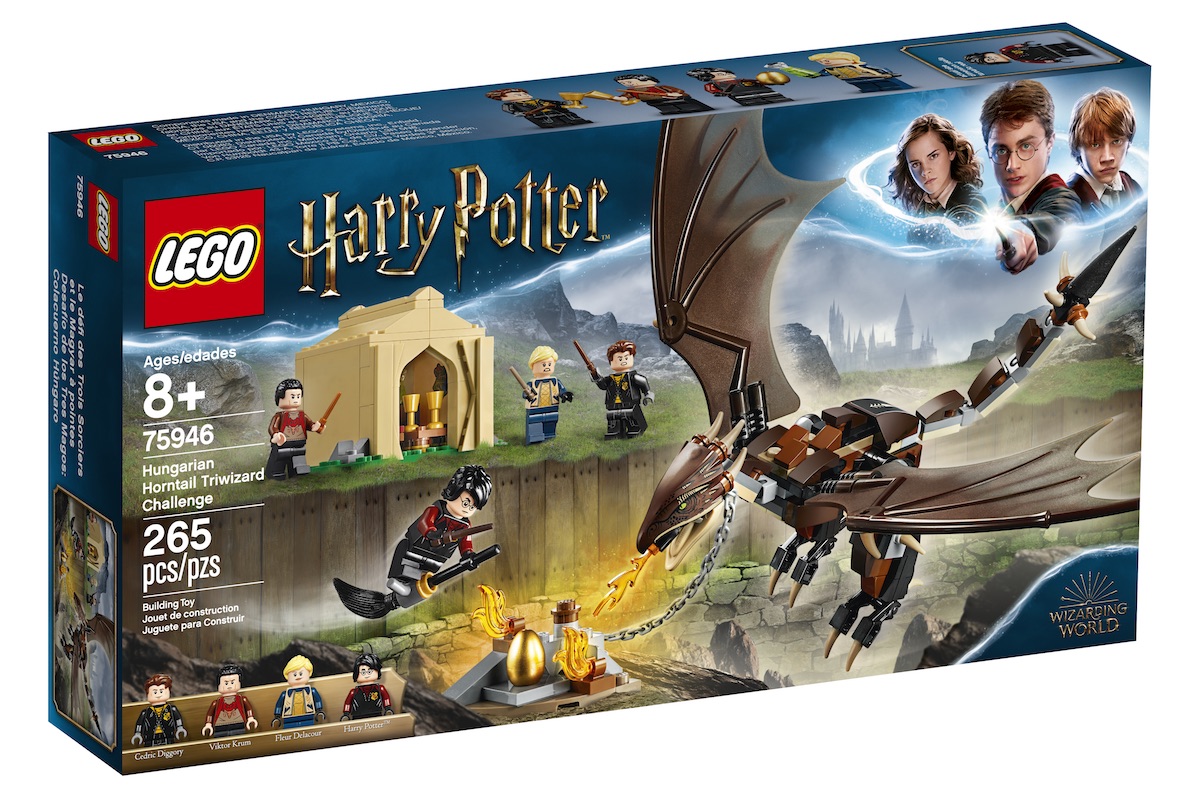 Relive Harry’s triumph during the first stage of the Triwizard Challenge with this 265-piece Hungarian Horntail set ($29.99). Along with mini-figs of the tournament’s four entrants, Harry Potter, Fleur Delacour, Cedric Diggory, and Viktor Krum, all with their wand, the set also comes with Harry’s Firebolt, a “rocky environment” containing the golden egg, a chain to attach the dragon, and a buildable tent for the champions that comes with the Goblet of Fire, a bed, two cups, a small shelf, and potion bottle. Of course the real star of this set is the Hungarian Horntail (2-inches high, 10-inches long, and 13-inches wide) that comes with flames in its mouth and movable limbs and wings. 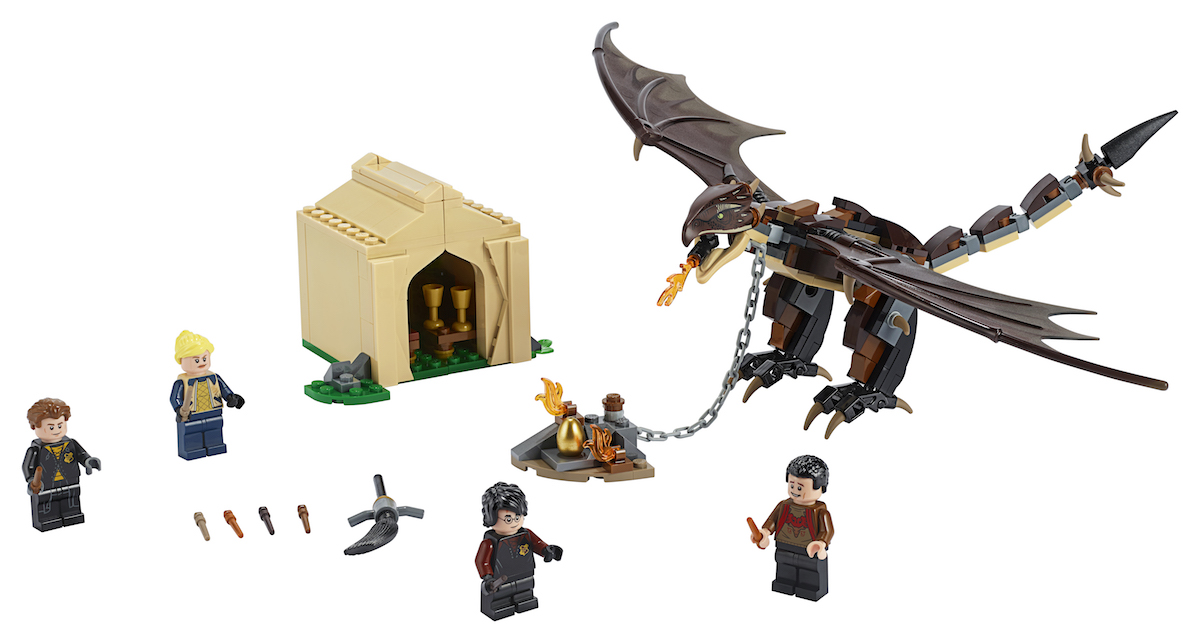 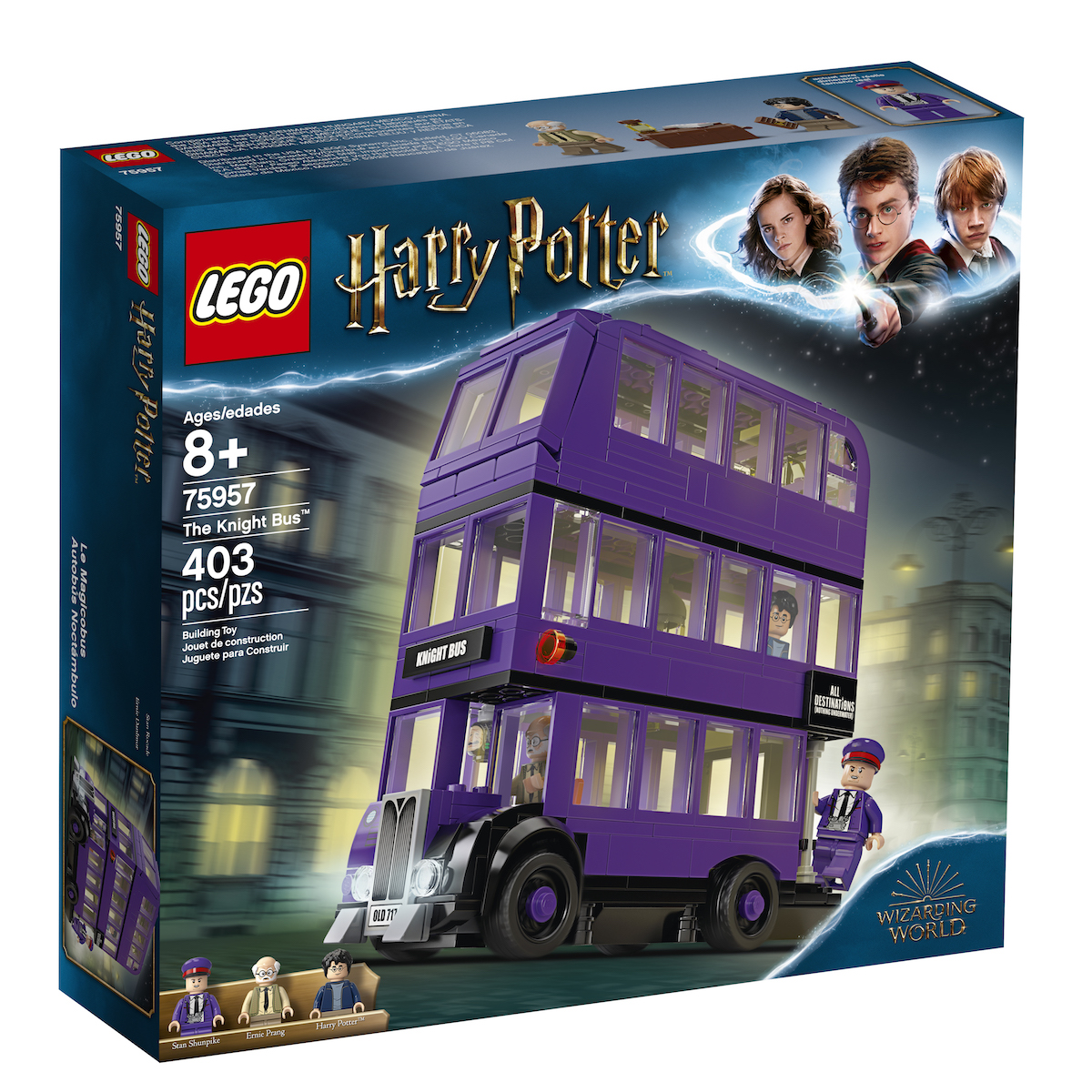 You can play with this 403-pieces Knight Bus ($39.99) set anywhere, anytime. The famous triple-decker purple bus, which stands over 6-inches high, 60inches long, and 2-inches wide, comes with a hinged side panel to easily access the interior, and a removable roof that opens to the upper deck. Along with Harry Potter, Stan Shunpike, and Ernie Prang mini-figs, there’s also a sliding bed and swinging chandelier that both move as the bus does, a shrunken head, and Harry’s chest containing a wand, letter, chocolate bar, and potion bottle. 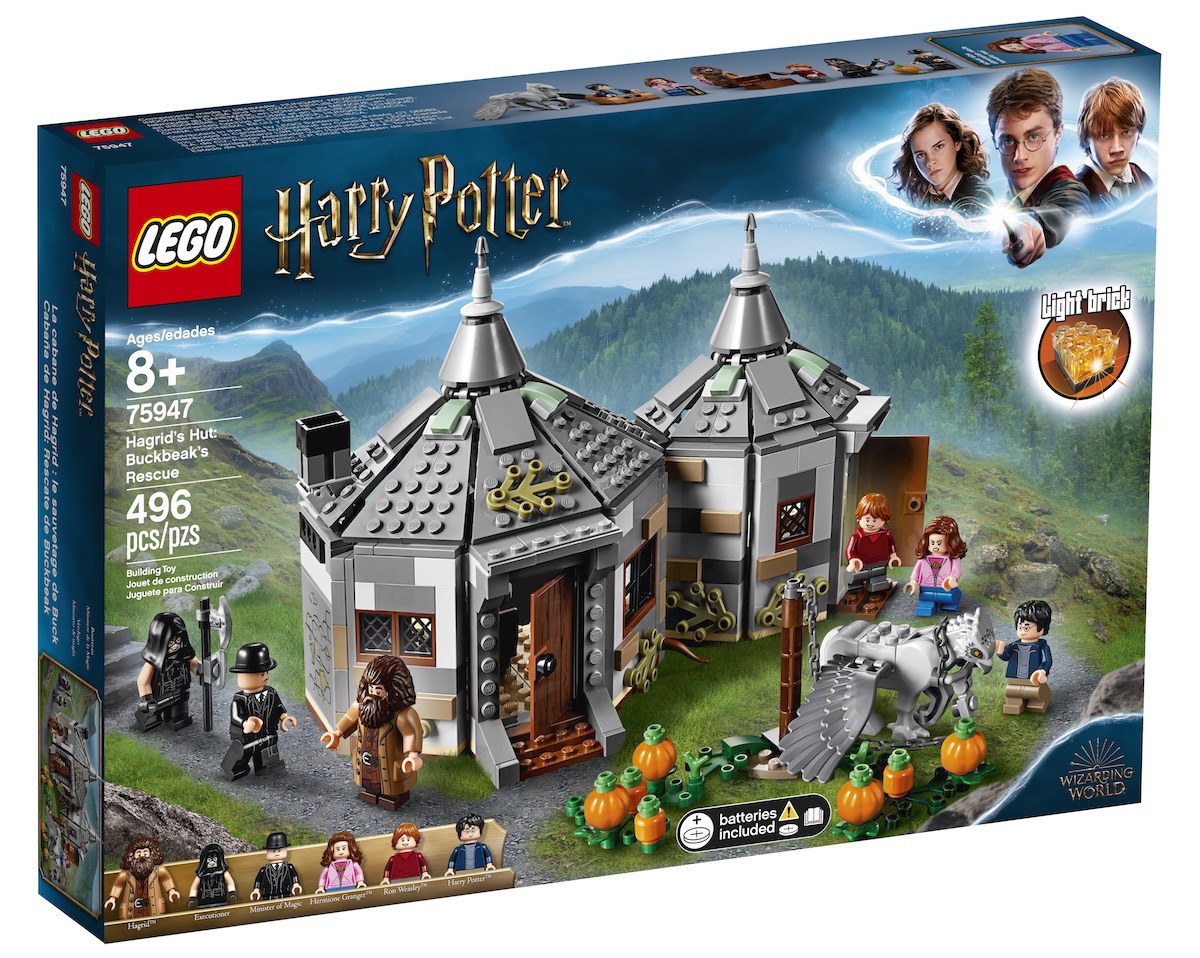 Make sure you respectfully bow before approaching this 496-piece set ($59.99) recreating the rescue of Buckbeak from Hagrid’s Hut in The Prisoner of Azkaban. Along with six mini-figs – Harry, Hagrid, Ron, Hermione, the Executioner, and the Minister of Magic – it has a Buckbeak figure with moveable wings. The rest of the set includes Hagrid’s two-section buildable hut (over 6-inches high, 9-inches wide, and 4-inches deep) with his pumpkin patch outside. 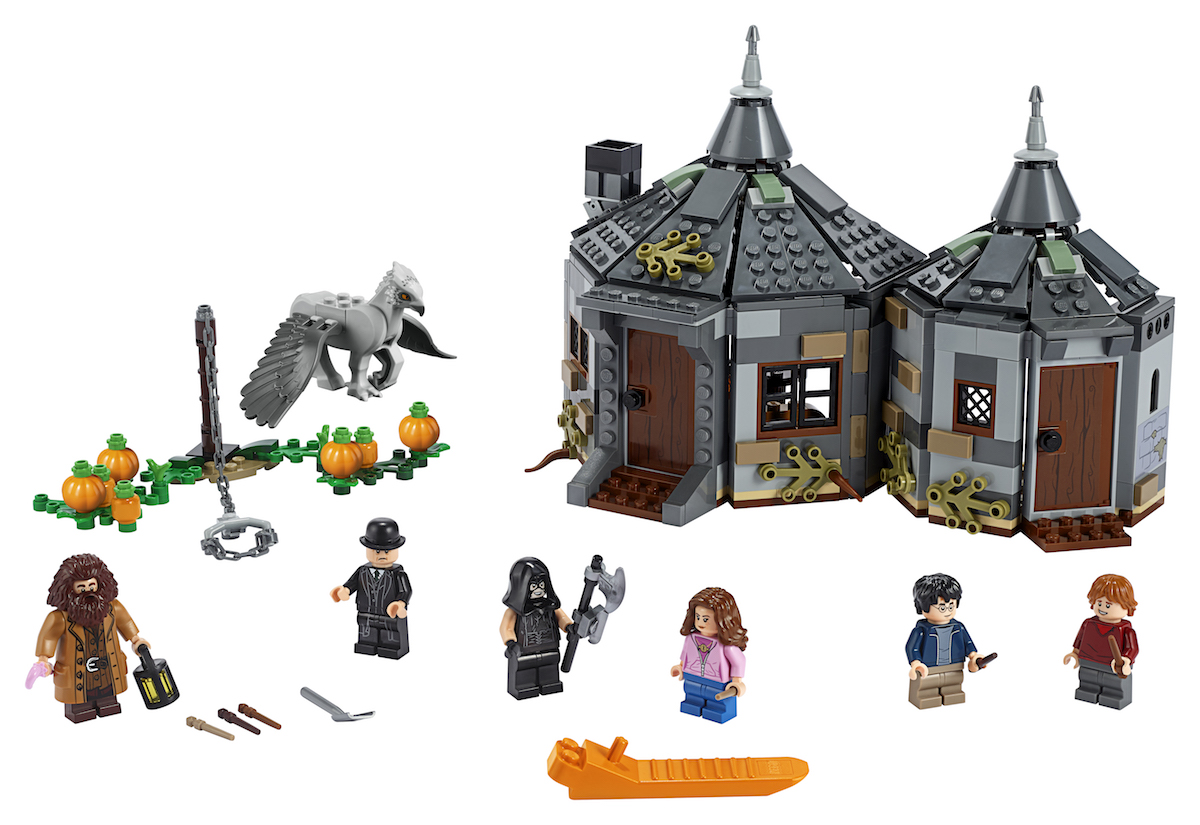 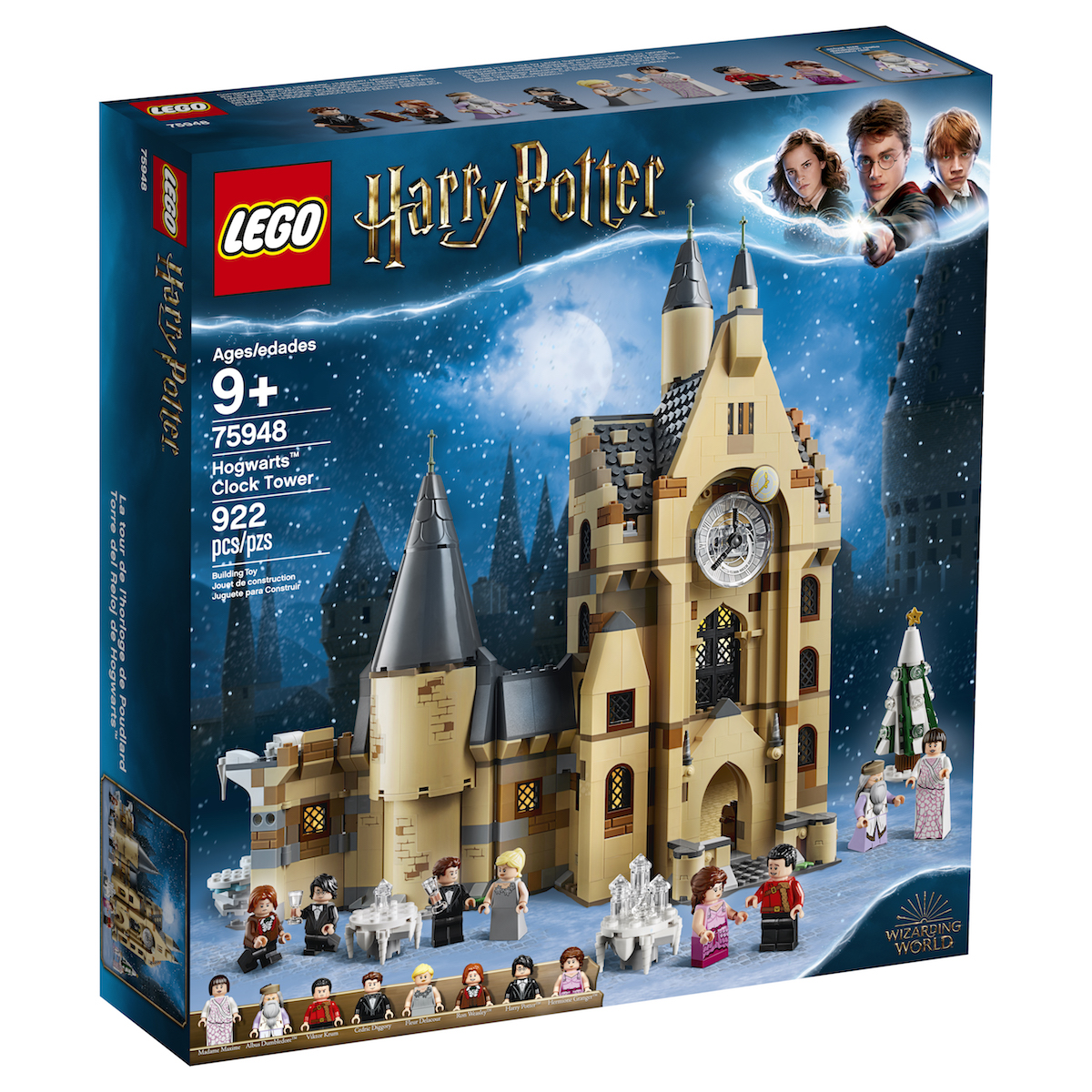 This massive, three-tired, 922-piece set ($89.99) of the Hogwarts Clock Tower measures over 13-inches tall, 13-inches wide, and 7-inches deep, and features the Hall, Defense Against the Dark Arts classroom, hospital wing, prefects’ bathroom, Dumbledore’s office, and a section of icy decorations for the Yule Ball. It comes with eight mini figs, Harry, Ron, Hermione, Fleur Delacour, Cedric Diggory, Viktor Krum, Dumbledore, and Madame Maxime, and each comes with wands and their Yule Ball costumes. There’s also a clock-changing mechanism “for kids to create Time-Turner time travel adventures” and “a ‘dance’ function to get the Yule Ball” grooving. 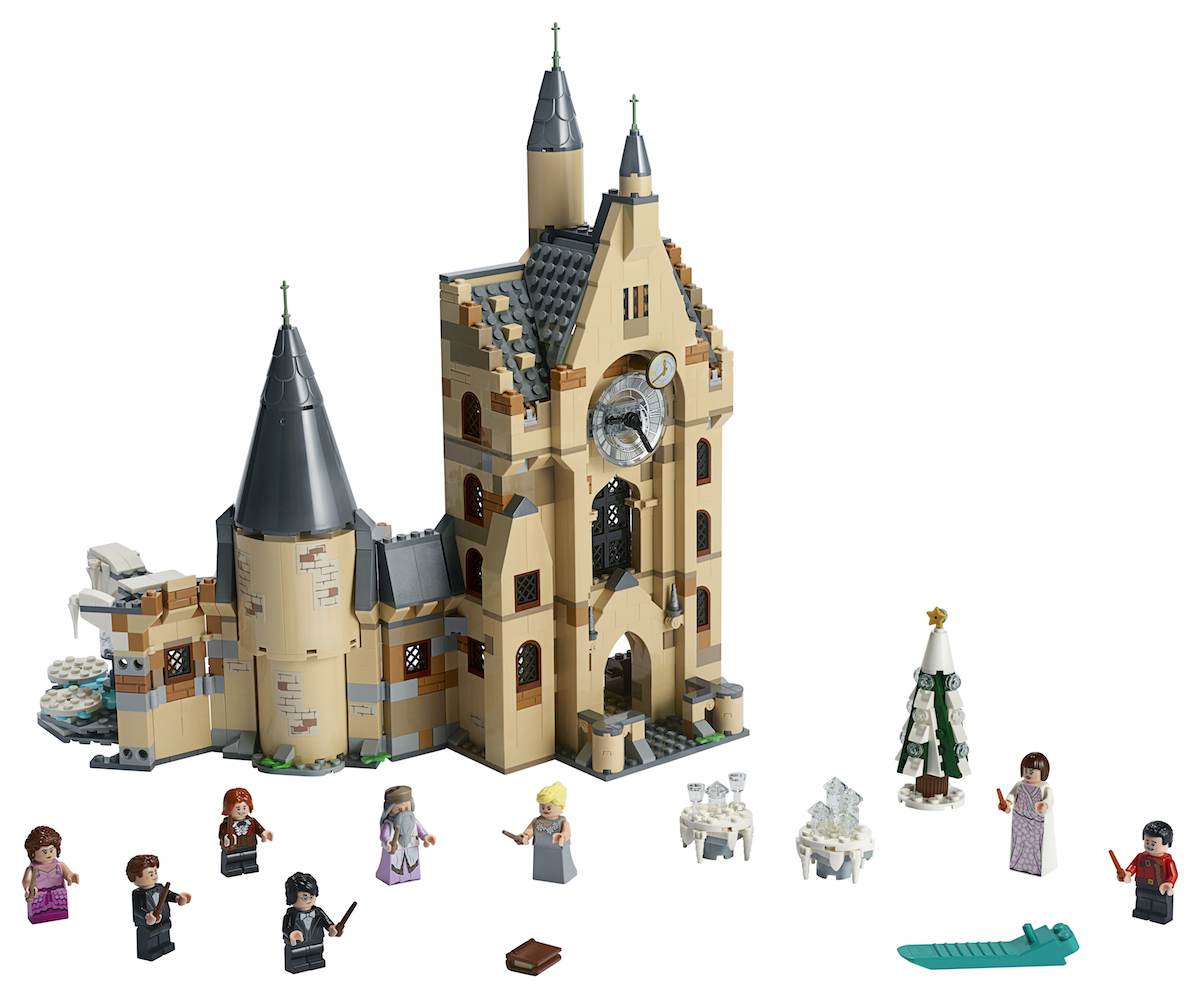 All five of these new sets will apparate into stores this summer on August 1. 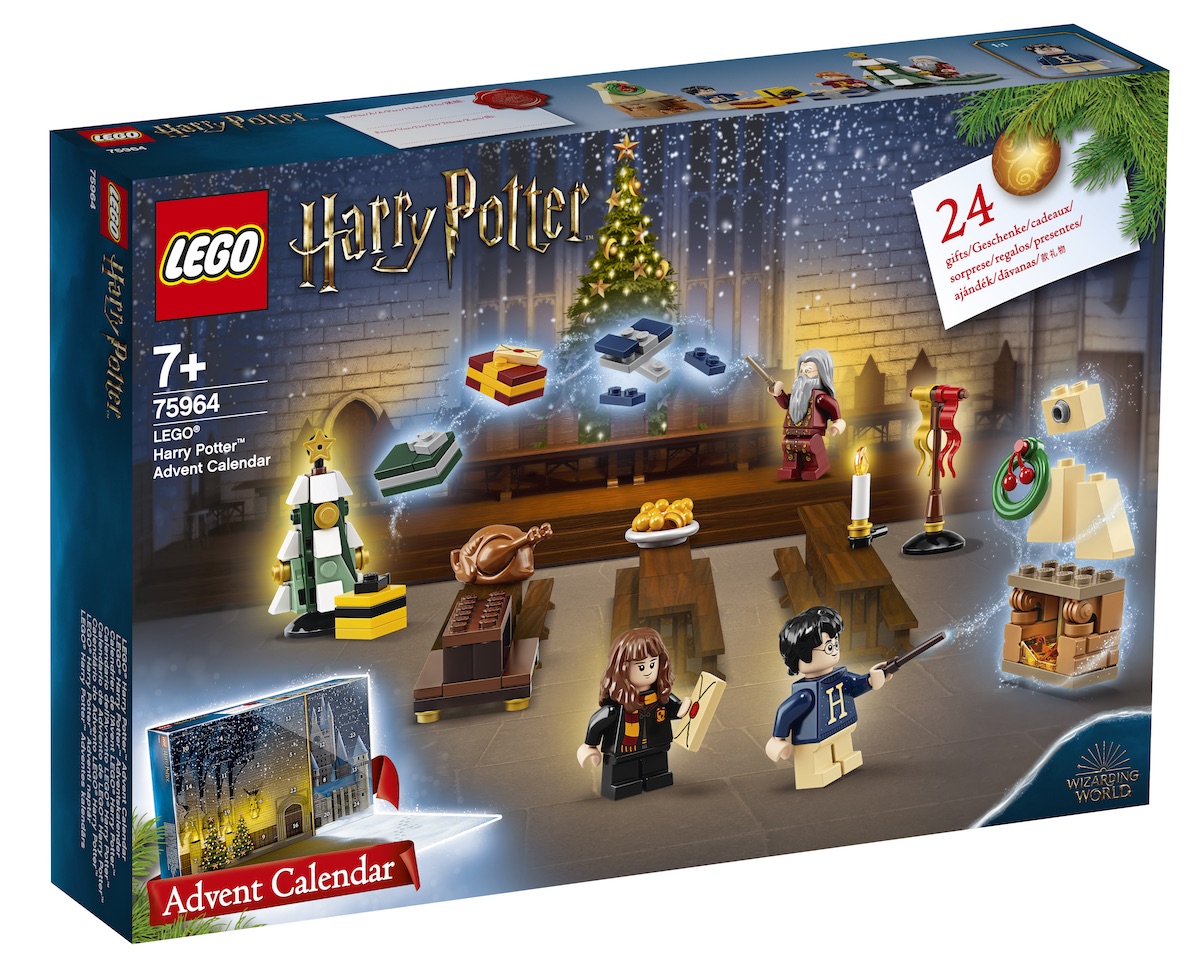 The real fun of this 305 piece-set ($39.99) will be in opening up a new toy every day for the 24 days leading up to Christmas. “Behind each door is a different LEGO Harry Potter holiday gift to open, build and play with,” from favorite characters to famous items and accessories. The Advent Calender set comes with a micro Hogwarts Express train, buildable fireplace featuring Christmas decorations, a Great Hall table with accessories, and a statue pedestal with the four Hogwarts house crests. There are also seven minifigures: Harry Potter, Hermione Granger, Ron Weasley, Professor McGonagall, Albus Dumbledore, Professor Flitwick, and the Hogwarts Architect, along with a bonus Hedwig figure. 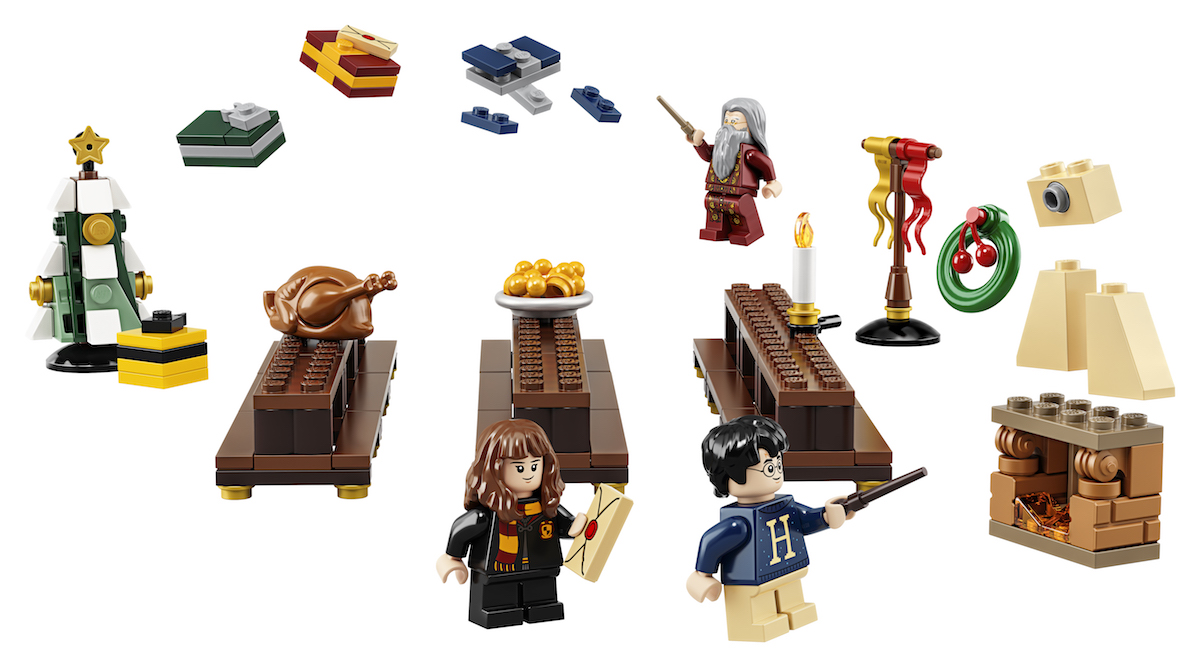 The Advent Calender will be available September 1, 2019.

We have to double check when Gringotts opens though.