With Halloween right around the corner, the time is right for a jaunt into Washington Irving’s bewitched land of Sleepy Hollow, where the supernatural blends in with the natural world. Thankfully, you won’t be making the trip alone, as you’ll work with your friends to explore and survive your encounters with the ghosts, goblins, and other characters from this classic goth setting.

Legends of Sleepy Hollow, currently on Kickstarter from Greater Than Games, is a cooperative, miniatures-based campaign game set in the universe of Ichabod Crane and his fellow denizens. Conceived as the sequel to Irving’s original story, the game casts you and up to three friends as Tarrytown residents undertaker Jeremiah Pincke, minister Elijah Kappel, Revolutionary War veteran Matthias Geroux, and tanner Emily Van Winkle. Your team’s first mission? Find Ichabod Crane’s journal and return it to the desk in order to uncover your final objective. 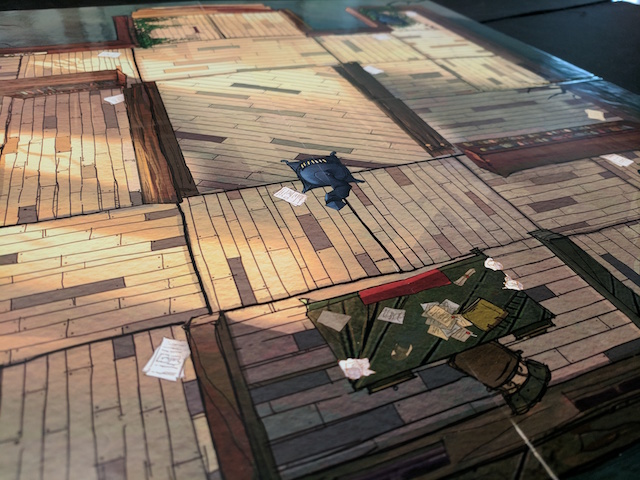 According to Chris Kirkman, Greater Than Games’ Game Development Manager, he and fellow designers Ben Pinchback and Matt Riddle drew on their shared admiration of scenario-based campaign games such as D&D, HeroQuest, and Mice & Mystics, to create Legends of Sleepy Hollow.

“Ben had been doing some research into themes and possible IPs that were in the public domain but that had not been really explored much in board games, and Legend of Sleepy Hollow was at the top of his list,” he said. “I have been a huge Legend of Sleepy Hollow fan since I was a kid, and had spent years thinking about what mysteries could have surrounded Ichabod Crane’s disappearance. Obviously, I was sold, and we set to work on building out the original story’s sequel, Legends of Sleepy Hollow.” 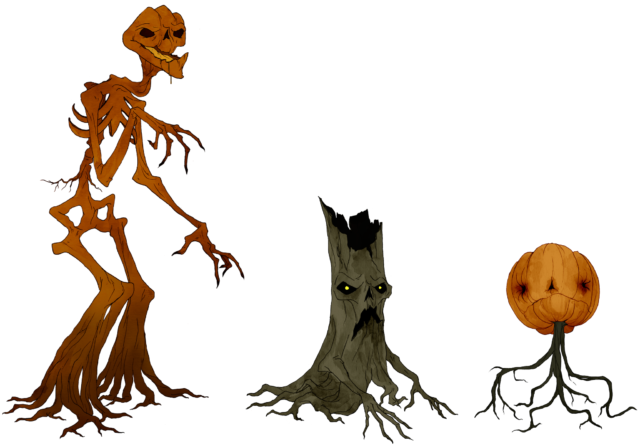 That sense of mystery and dread seeps into its gameplay. During the first chapter of play, each turn is fraught with tension as Gobkins and Schrikroots march towards your group, eventually spawning more as the game continues.

Like other dungeon crawls, exploring will lead you to items that can help you complete your quest, or throw additional curveballs to hinder your group. You’ll use your movement to explore the house while your other actions and equipped items will allow you to attack and defend yourself. Secrets will be revealed and plot twists uncovered as an evil grip tightens over Sleepy Hollow. What sets Legends of Sleepy Hollow apart from other cooperative dungeon crawls is Fear, a mechanism used to represent the effects of being a frightened adventurer in the 19th century. 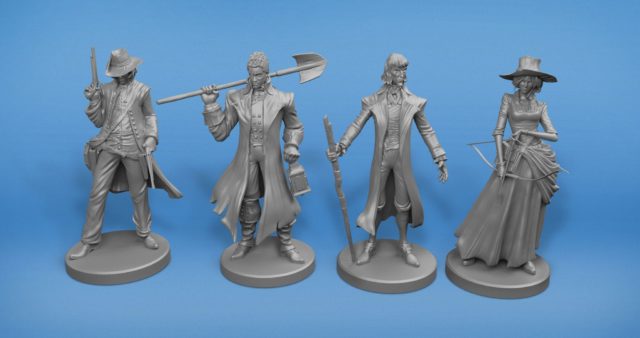 “Since the game was all set for a spooky tale, fear was something that seemed like a great thing to play around with and add to the design,” Kirkman said. “Each hero has a pool with a certain amount of action tokens. During a hero’s turn, the player takes a token and places it in one of the general action slots which can hold several tokens, or one of the unique special action slots that can only hold one. When there are no more action tokens in the pool all the action tokens are collected from their spots on the player board and placed back into the pool. This acts in a similar way to many video game ‘power up’ bars where characters have awesome abilities, but, when used, take a while to regenerate energy.

“Managing Fear is a big part of the puzzle of playing Legends of Sleepy Hollow, and adds a lot of fun and tension to the game.”

The game is oozing with theme, thanks to the artwork by Abigail Larson and Colin Chan, with miniatures sculpted by Francesco Orru. Like classic cooperative and dungeon crawl games, you’ll find yourself trying to use your actions efficiently and working with your teammates to optimize your turns. With its goth horror storytelling and the tension created by the game’s turns, your group will soon be overwhelmed by creatures who move with zombie-like relentlessness. You may not complete your quest on your first attempt, but like any good game, you’ll be quick to try again.