One of the coolest parts of the recent Wonder Woman 1984 trailer is the symphonic version of New Order’s groundbreaking new wave hit “Blue Monday.” I know that for us at least, we’ve watched that trailer a few extra times just to hear that music! Now (via Geeks are Sexy), we’ve discovered a fan and YouTuber by the name of Voordeel, who has used that super cool piece of music from the new Wonder Woman trailer, and created an amazing Star Wars homage video set to it.

You can check out the full video down below:

So, just what in the world does that song have to do with the Star Wars saga? Absolutely nothing! Well, maybe not nothing. “Blue Monday” was originally released by New Order way back in 1983, and so was Return of the Jedi. So if you need to make a connection, then there you have it. Other than that, it’s just cool as heck how the lightsaber clashes and blaster fire match perfectly with the beats. This is a really solid piece of editing, and when you watch it, it just feels like it was always meant to be. 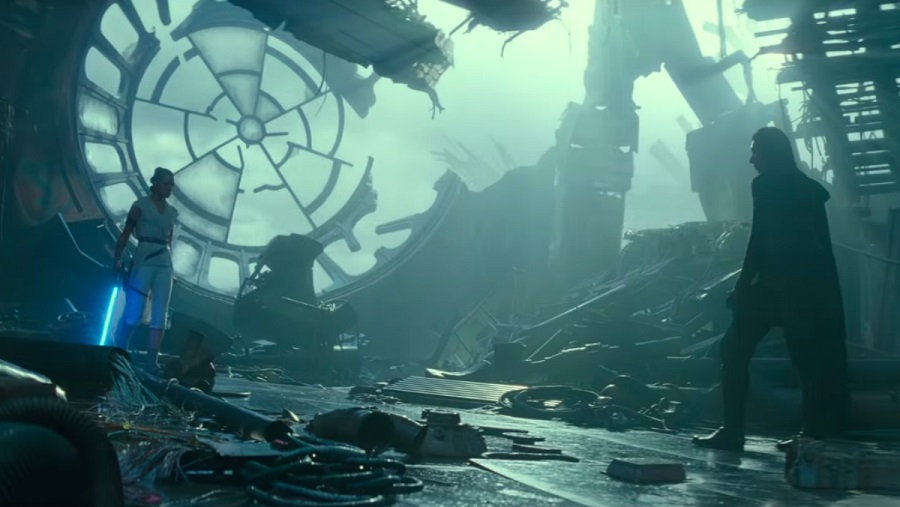 Although the video mainly focuses on the Skywalker Saga films, we do have Vader’s now-iconic lightsaber slaughter of the rebel troops in Rogue One included in there as well. However, the mashup doesn’t contain any footage from Solo. At least, from what I can tell. I do wish we could have seen Ahsoka Tano and Kanan Jarrus from Clone Wars and Rebels show up too, but it’s understandable why the maker of this video chose to stick to the live-action Star Wars, as including the animated shows might have seemed a bit jarring.

Interestingly, the mashup also included one piece of non-canon Star Wars footage. A few months back, a YouTuber named FXitinPost created a very professional looking fan film, in which they re-imagined that iconic lightsaber duel between Darth Vader and Obi Wan Kenobi from A New Hope. The idea was that it would be more in line with the kind of fight choreography that we see later in the prequels and sequels. The duel we see in this latest fan edit is actually from that film. 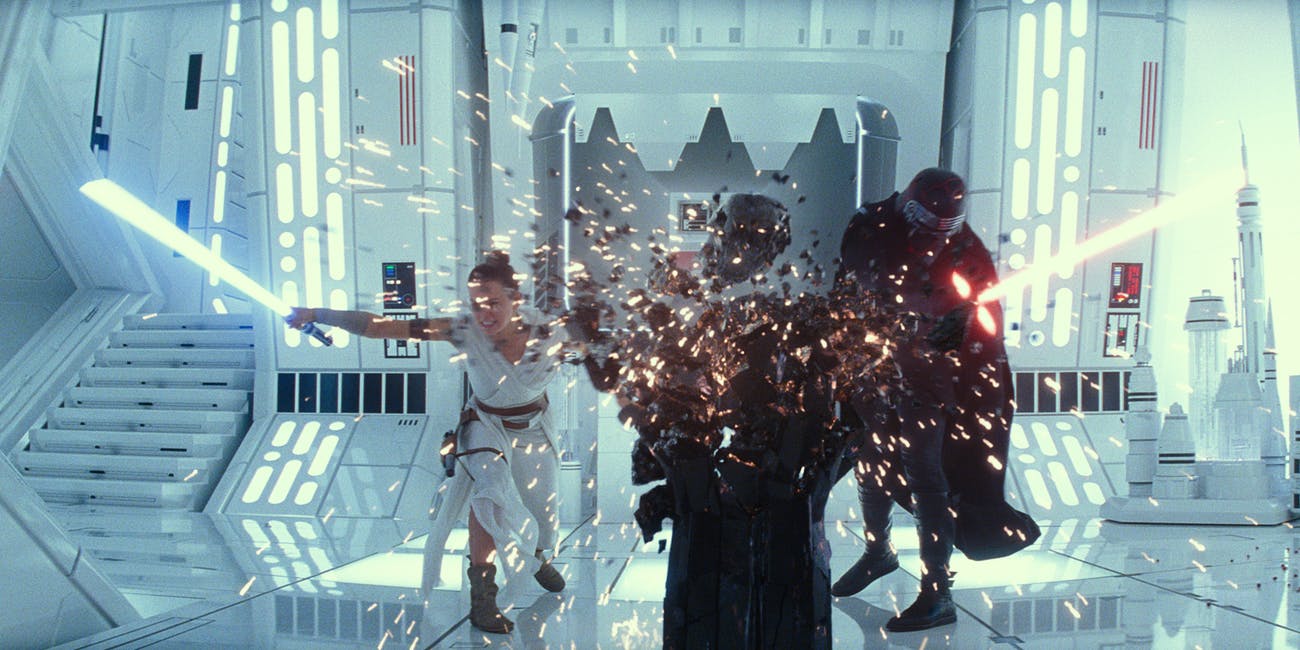 Footage from The Rise of Skywalker was included in here as well from the trailers. So that means that yes, the entire Skywalker saga gets representation here. Hopefully we a longer version the symphonic rendition of “Blue Monday” down the line, if only so we can see a longer version of this mashup. Maybe including more footage from The Rise of Skywalker, because that is sure to have a ton of cool new lightsaber moments.

Vordeel has made a lot of other similar videos in the past, using well known pop songs mashed together with other pop culture properties as the basis. We recommend that you check out their YouTube channel, and see videos using images from the Marvel Cinematic Universe, The Walking Dead, Hannibal, and of course, more Star Wars videos.