You wait with your companions in a dimly lit room. A man in a black robe appears before you. His hood hangs low, obscuring his face. “Good evening!” his voice booms. “I am the dungeon master. Welcome to my world.” The next thing you hear is applause. You aren’t at just any LARP. 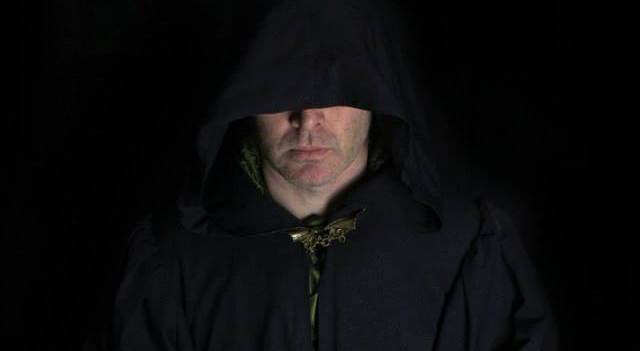 You’re at Dungeon Master, an interactive stage show that combines the adventure and gaming elements of live action roleplay with the spectacle of improv acting. Every show is an original play that begins with a character having a problem. As in all good RPGs, this person is going to need a party of adventurers to help solve it. Audience members can volunteer to submit their own original characters for the chance to get called up on stage and join the adventure—anything goes. There are plenty of wizards and warriors; but you will also see players submit Star Trek officers, Jedi, hillbillies, cheerleaders, Monty Pythonesque pepperpots, and anything else they can dream up. These volunteers form the adventuring party with assistance from a cast member known as “the guide.” New players can dive right in their first time and do not have to watch a show before submitting a character. If you’re not interested in being on stage, there is absolutely no requirement to play. Plenty of fans come to the shows just to watch and have a good time. 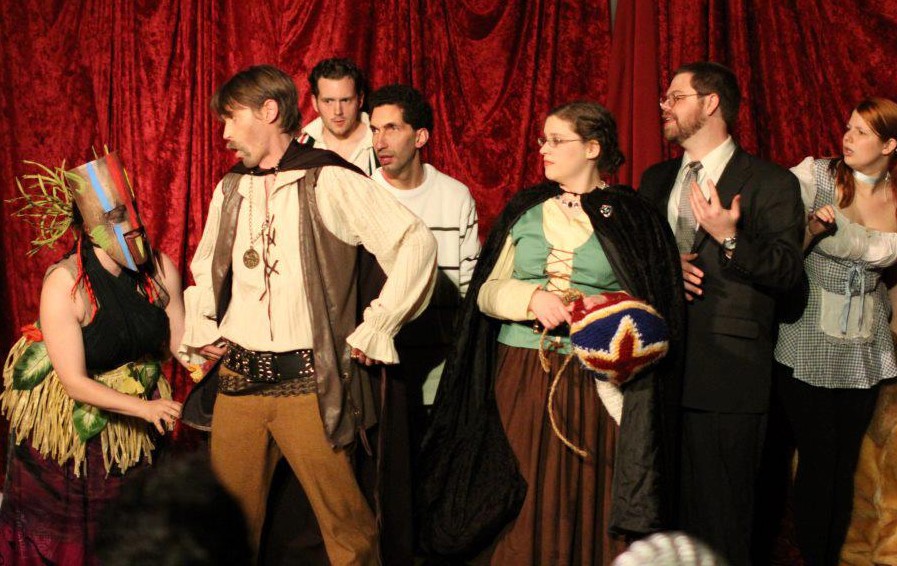 The rest of the cast fills out the NPC roles including both allies and adversaries. Every scene moves the story forward and presents a new challenge for the players. Challenges can include battling monsters, solving puzzles, crossing treacherous terrain, and the occasional dance-off.

Much like a LARP, Dungeon Master has its own rules for combat and spell casting, both of which are regulated by a “god” on a microphone. Players can bring their own foam weapons or can acquire them during the adventure. There is no class limit on who can cast spells: anyone who wants to try can do it. To cast a spell, a player must form a short rhyming couplet to state his or her desire. For example, if a player wanted to heal the party, they could say, “Before our fate is sealed / Let our wounds be healed!” To make things more challenging, the party is limited to 10 spells per adventure and you may only use a type of spell once. So once a player has cast a healing spell, for example, the party can not use another. If they need healing later on, they’ll have to get creative. 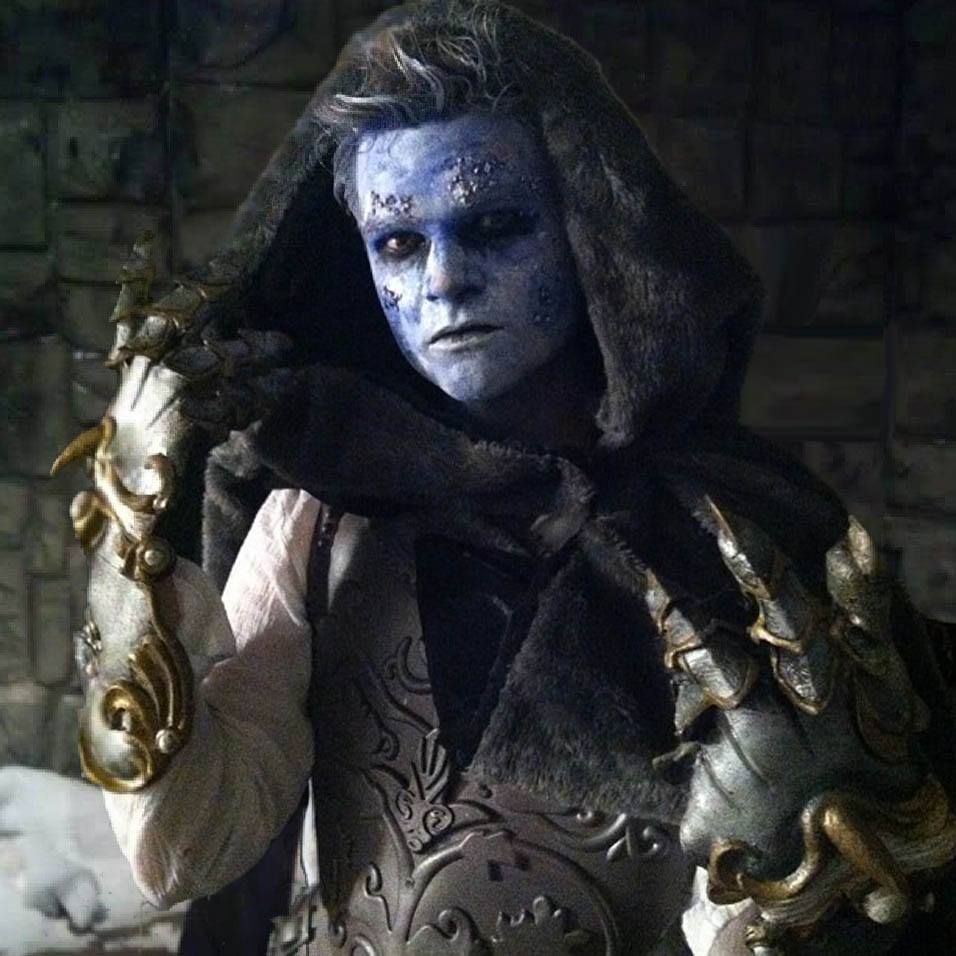 What makes Dungeon Master different from other LARPs is how it weaves improv comedy into the mix. It’s not just a game for the players, but also a performance for everyone in the audience. The cast and crew build the immersive world through sets, lights, audio, props, makeup, wardrobe, stunt-work, and even puppetry. For those who are wary of being on stage, it’s easy to get lost in the fun of the moment and forget about the audience entirely.

The show has grown a fan-base since its Los Angeles reboot in 2001. The cast is incredibly welcoming to newcomers, and will gladly help with orientation and character creation. The troupe’s passion for the show brings sincerity to each performance, but the cast isn’t the only force behind the world-building. Audience players contribute to the lore through their actions as well. What happens in each episode has the potential to influence future stories. Players have affected the pantheon of gods, the fate of villains, and even if a plot line will end or continue. 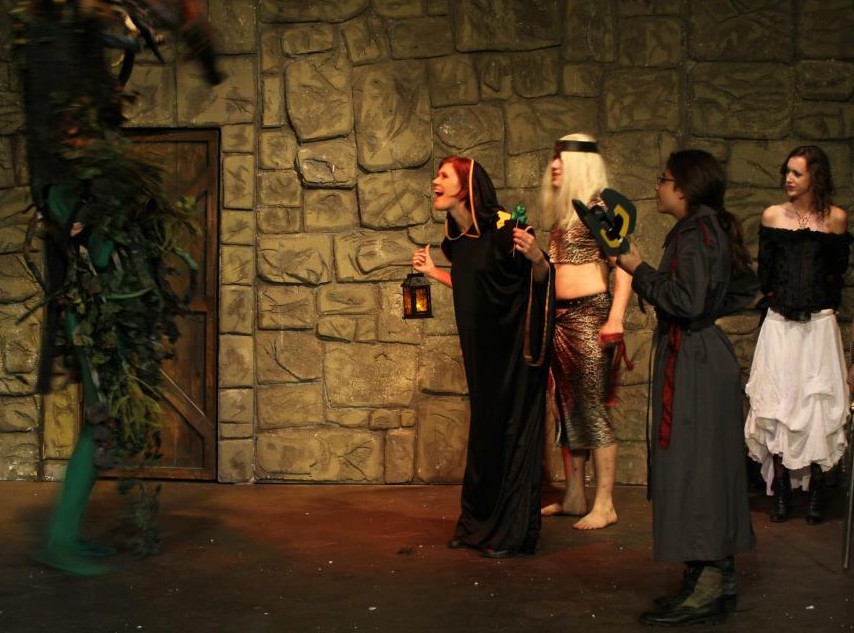 Dungeon Master is a fun and enjoyable experience for all levels of LARPers. It’s a place to dress up, make new friends, and roleplay in a safe space. You never know what each episode will throw at the party, but then again, the cast never knows what the party will throw back at them either! Anything is possible. No matter what happens, it always ends in smiles and laughter.

Dungeon Master is held on the third Sunday of every month at THE VORTEX – 2341 East Olympic Blvd, Los Angeles, CA 90021. The new season will kick-off with its first episode on September 20, at 7pm.

Check out our gallery below to see more photos from Dungeon Master!

All images courtesy of Stephanie Pressman