Largest Google Doodle Ever Is a Playable Sports Video Game

Like most of the 7.6 billion people on the planet, I did not qualify for this year’s Olympics. That doesn’t mean we all can’t show off our own skills though. To celebrate Tokyo 2020 (in 2021), Google has launched its largest interactive Doodle ever. You can spend the next couple of weeks competing in a series of virtual events with Google’s original computer game.

In conjunction with the start of the Olympics, Google is letting users show off their own skills with the new Doodle Champion Island Games. Players will guide a competitive cat through a series of events. (After watching it’s own anime-style Opening Ceremony.) The game will add more challenges as the real Olympics continue to unfold. This is Google’s official synopsis for the game:

“Over the coming weeks, join calico (c)athlete Lucky as she explores Doodle Champion Island: a world filled with seven sport mini-games, legendary opponents, dozens of daring side quests, and a few new (and old ;)) friends. Her ultimate goal? Defeat each sport Champion to collect all seven sacred scrolls—and complete extra hidden challenges across Champion Island in the purrr-ocess.”

I’m not saying seven sacred scrolls are better than a gold medal. But I plan on competing for them like they are.

Google teamed with the Tokyo-based STUDIO4°C on the game. The studio provided animation and character designs. And Qumu provided the score, in-game music, and sound effects. The old-school style game, which lets you guide Lucky around a map like a classic Nintendo title, launched with seven disciplines. More maps, side quests, and bosses will follow. 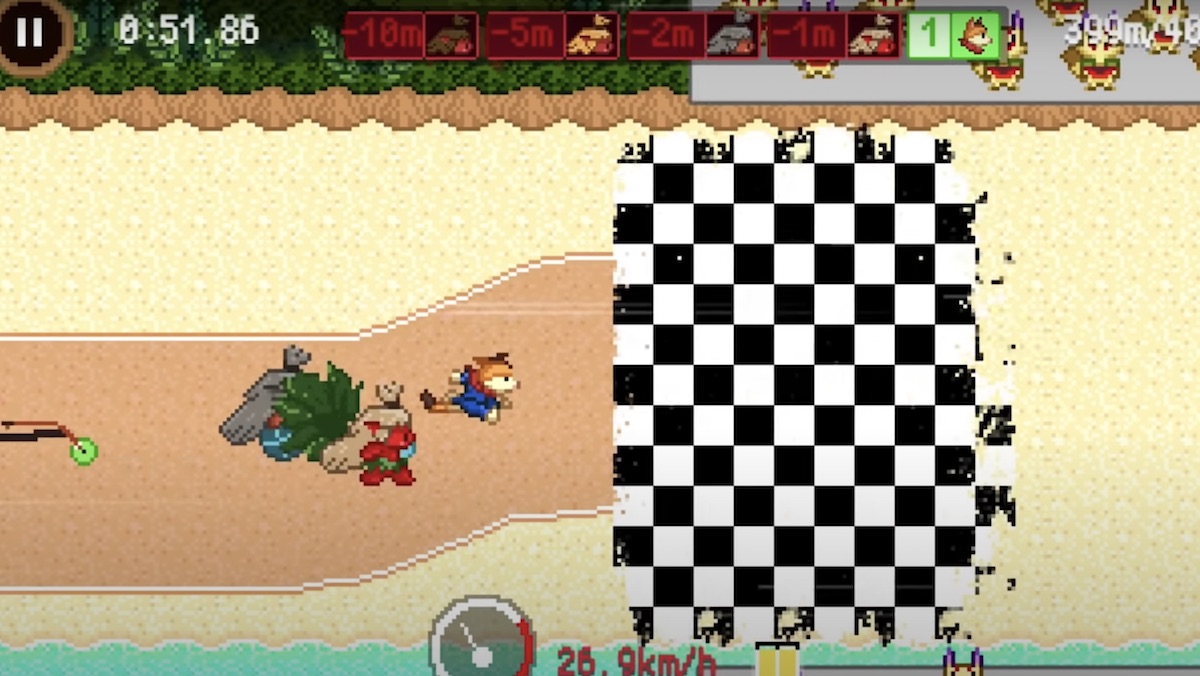 Google also says if you are “feline Lucky” you can join one of four color teams. Your score will contribute to your team’s standing on the real-time global leaderboard. Truly making this a worldwide event for those of us who aren’t world-class athletes. So, you know, roughly the 7.6 billion of us not competing in Tokyo right now.