Even if you hate insects, it’s kind of hard to hate ladybugs. That’s just the sheer power of a cute little pattern on your back. Although, they don’t exactly come out of the gate all that cute. Thanks to PetaPixel (via Boing Boing), we’ve discovered a video from photographer Jens Heidler. He recorded a compelling macro timelapse story of several ladybugs hatching. (Or they might be Asian lady beetles. Even their director of the video isn’t sure!) You can watch the full video right here:

It ultimately took Jens Heidler seven days to record the timelapse video, which clocks in at just two minutes. He used two different cameras at an extreme macro distance to accomplish this all. It was decided to do it this way, as the size of one ladybug egg is approximately 1 millimeter (0.04 inches) across. They took the macro images at f/16 at 3:1 magnification every 10 seconds. It was an incredibly painstakingly slow process, but the final product is something to behold.

To find just the right environment to shoot the ladybug eggs video, Heidler searched for locations near his home that had many aphids. All because aphids are one of the ladybug’s favorite prey. During springtime, ladybugs almost always tend to mate and lay their eggs near them. From there, he takes a cluster to his studio to shoot, and you can see the results for yourself. 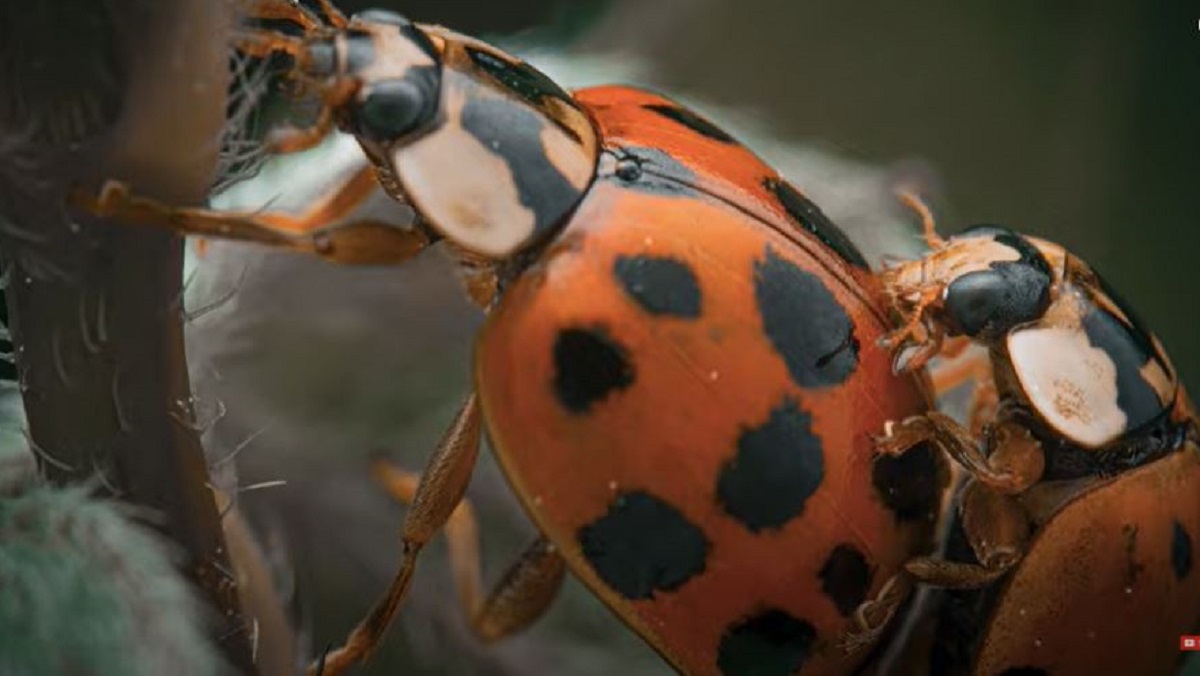 You can check out other amazing examples of Heidler’s extreme macro photography on his YouTube channel, Another Perspective. There, you’ll find timelapse videos of growing shiitake mushrooms, as well as other videos of nature extremely up close. And if watching these gets you inspired to try your hand at macrophotography yourself, then the Another Perspective channel has tutorial videos on how to do those as well. And they’re well worth a watch.