Forget the “B” in apartment 23. Krysten Ritter was born to play a witch. Not some kindly one either. She has the necessary look and the presence to be one of pop culture’s most memorable witches. Now Netflix is giving her the chance, with its movie adaptation of J.A. White’s book about kids who have to feed a fiendish demon’s lust for scary stories. And the first trailer for Nightbooks shows why this is the role Ritter was born to play.

Now that’s a great trailer. It both looks and sounds incredible. And the premise is also perfect for a young adult horror film full of adventure. From Netflix:

“Alex (Winslow Fegley) is a creative boy with a strong passion for writing scary stories. But when he’s labeled weird and rejected for what he likes, he swears he’ll never write again. That’s when an evil witch (Krysten Ritter), captures him in her magical apartment in New York City and demands that he tell her a new tale every night if he wants to stay alive. Trapped inside with Lenore, the witch’s spiteful cat watching his every move, Alex meets Yasmin (Lidya Jewett), another young prisoner who has learned how to survive the witch’s wicked whims. With Yasmin’s help, Alex must learn to embrace what makes him unique—his love for scary stories—and rewrite his own destiny to break them free.” 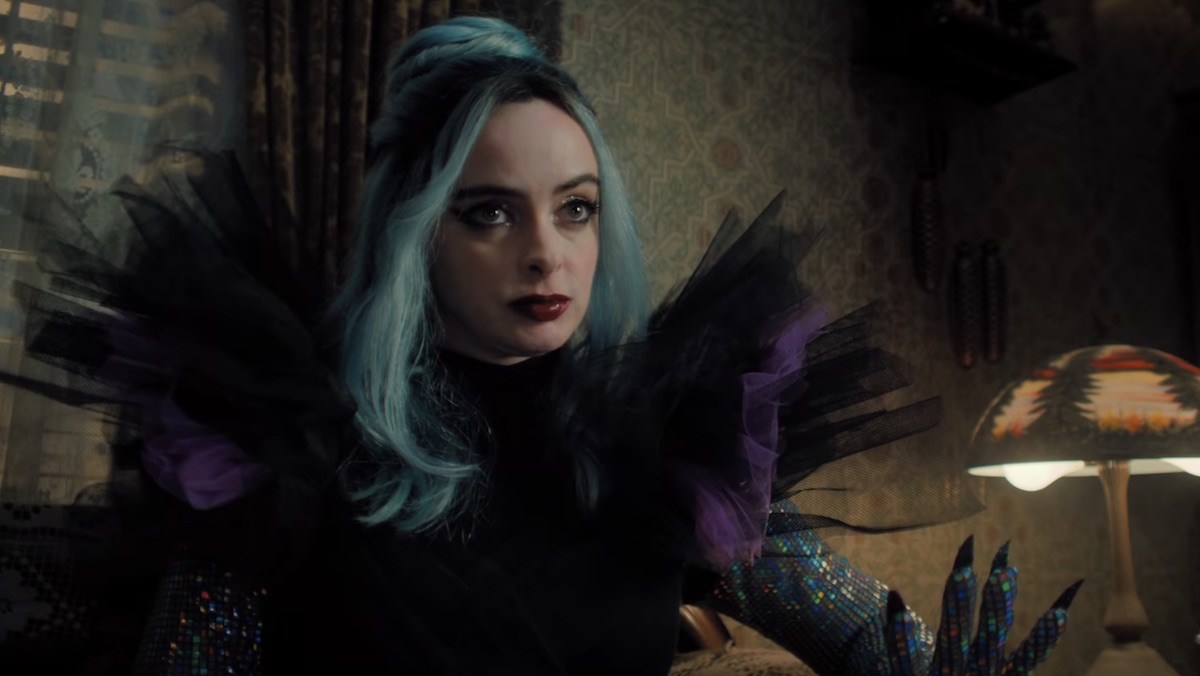 Honestly, the least believable thing about this movie is that anyone could afford an apartment that big in New York. Even a magical one. The most believable thing is Krysten Ritter as a stylish witch that is both terrifying and captivating. If those kids really want to write great scary stories, just make her the main character in all of them. We know we’d want to read them.

Directed by David Yarovesky, with a screenplay by Mikki Daughtry and Tobias Iaconis and Sam Raimi in a producing role, Nightbooks comes to Netflix on September 15.