With Disney+ rolling out an extensive and somewhat esoteric line of films and programming when the service arrives next, month it’s easy to miss some of the interesting non-fiction shows that will be airing on the new streamer. During an event put on by the International Documentary Association, we spoke to Frozen and The Good Place star Kristen Bell and showrunner Alycia Rossiter about their new Disney+ series Encore!, a spin-off of an earlier ABC special which reunited high school theatre groups to put on their chosen musical one last time.

“I wouldn’t be here without high school musical theatre,” Bell told Nerdist. “I started studying music when I was probably 11 or 12. Then I was given Greenfinch and Linnet Bird by Sondheim as after school homework. I was like, wait, what is this? There’s a narrative to this song, I can understand what she’s saying? It was then I started getting involved in plays. It was a place where I could be vulnerable, and those places are few and far between in high school. I thought that it’s so beautiful because high school is something we can all connect over and about.” 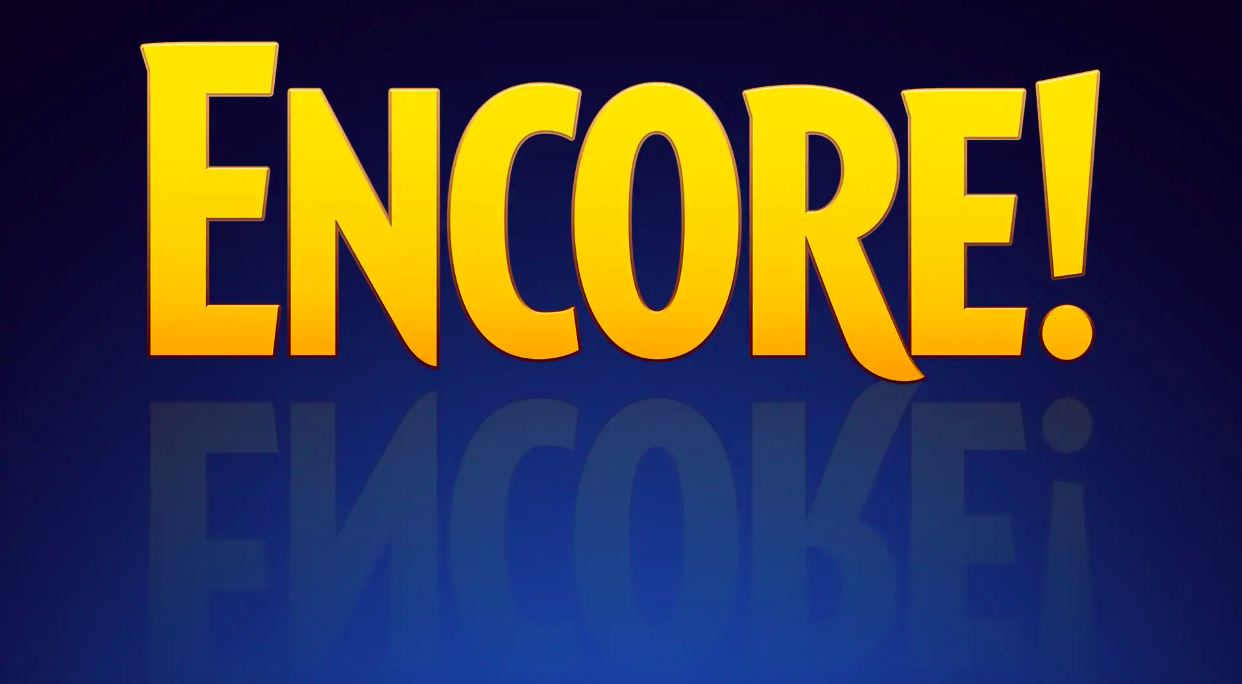 Bell continued, “Anytime you say high school to anybody, there’s that pit in your stomach, whether it was wonderful or traumatic or probably both. For most people, it’s unifying. But especially the people who were involved in theatre, you can talk about different things than you can on the football team or in the math club or in the middle of your English class. You get real with each other and you get emotional and you play. You play in a time when everybody’s talking about college applications. There’s so much beauty that comes from that so much human connection. And those are the moments we want to capture because that’s what I want to put on TV. That’s what I want to make shows about.”

The show definitely delivers on creating that emotional space with episodes exploring relationships, identity, high school hierarchies, and their impact, as well as giving the participants a place to reimagine their place within them. “They got very vulnerable. People made amends, people discussed and explored what their identity was in high school and what it is now, people shattered their labels or created new ones that they wanted. It was basically like watching friends reintroduce themselves,” Bell said. “There’s something really special about that. There’s also a feeling you have that can’t really be described when you watch people who haven’t seen each other in 15 years but have gone through the traumatic experience of high school together, when their eyes meet, what their faces do and what their bodies do is indescribably special to watch.” 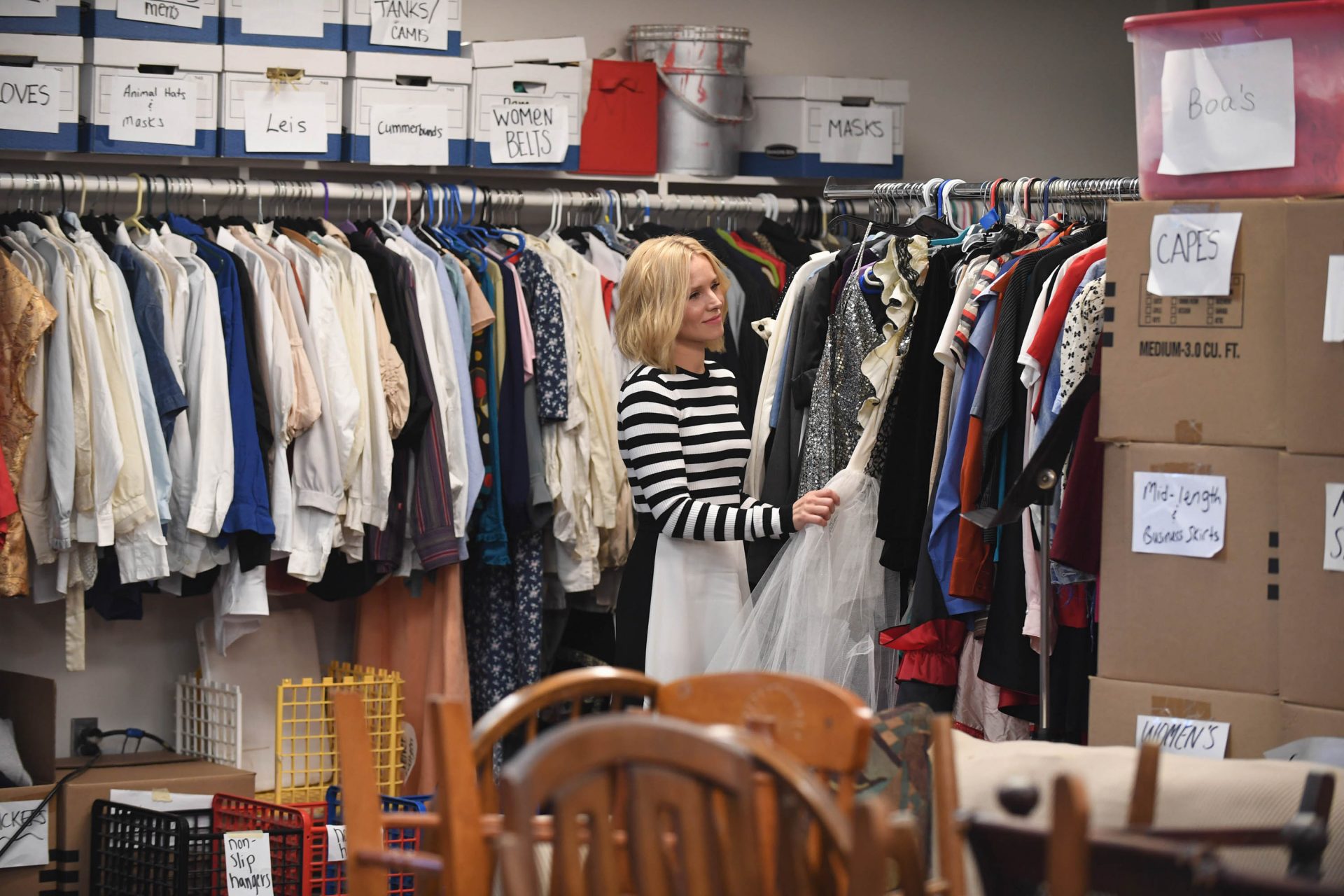 Despite the fact that there was an eagerness and excitement amongst the theater groups, putting the show together was no easy task. “The applications were monumental. I haven’t even seen them all, because I couldn’t get through them. But when it was time to pick the first cast there were thousands. And for every application you then have to ask 10 other people because one person says, ‘this was my group of friends, here’s my cast list, now call them all.’ But out of all of those nobody said no. There are some people who have literally no interest in the fact that there’s going to be a camera on it, or that people are going to see it at home on TV, but even those people wish they could just do it in the theater.” Rossiter shared.

“The logistics of putting on the play are very difficult, any theater production is difficult, especially one that spans just a couple days. But everyone wants to come back. Everyone, no matter what job they’re at, they want to return, they all want a little moment of do over,” Bell added.

Encore! is a show with a near universally relatable setup that is made to inspire, but for the team, there was one episode that truly stood up when it came to summing up what the show means to them. Bell revealed, “The episode that gives maybe the biggest amount of optimism and determination I’ve seen is where we have a cast that does Oklahoma!, and the main male lead, who was a dancer in high school and beyond, became paraplegic later in life and wanted to come back and do the musical and dance in his chair and he did it beautifully.”

As for what Bell wants people to take away from the show, both the actress and Rossiter hope it’ll bring awareness to the ever-growing trend of arts cuts in the public school system. “Theater and music and our are the first things to be cut in the American public school system,” Bell said. “That wouldn’t be my decision. A ton of growth, especially of character growth comes out of art, and theater and music. I think it should remain prominent in high schools. And I hope that this reminds people why it’s necessary.”

Encore! will be available on Disney+ when the streaming platform launches on November 12.