KRAMPUS Deserves a Spot On Your Holiday Movie Lineup - Nerdist

KRAMPUS Deserves a Spot On Your Holiday Movie Lineup

There are all kinds of holiday-themed films to enjoy but none of them are quite like Krampus. The 2015 film, directed by Trick R’ Treat‘s Michael Dougherty, is an imaginative blend of Christmas aesthetics and Halloween-adjacent horror. Krampus‘ mythical creature is an intriguing part of its appeal but the film’s examination of spending Christmas with toxic family members because “they are our blood” makes it one of the most interesting watches during the merry season.

Max (Emjay Anthony) has a particularly bad Christmas. His sister Beth (Stefania LaVie Owen) doesn’t want anything to do with him. His parents Sarah (Toni Collette) and Tom (Adam Scott) constantly fight. And his not-so-nice relatives arrive at the house to spend holidays together. Among them are four cousins, Uncle Howard (David Koechner), Aunt Linda (Allison Tolman), and Auntie Dorothy (Conchata Ferrell). Their decision to come together ends with more than just arguments: it leads to a night of terror.

Krampus‘ two families are entirely different from each other. Sarah and Tom are wealthy while Linda and Howard struggle financially. That, in turn, sparks jealousy and bitterness which trickles over into how Max’s cousins treat him and his sister. Max’s immediate family tells him to suppress his feelings and “to be nice, no matter what.”

Meanwhile, his cousins Jordan (Queenie Samuel) and Stevie (Lolo Owen) are given a pass to openly bully him at the dinner table, including reading his letter to Santa aloud. Max doesn’t want any new toys nor shiny new devices; instead, he asks Santa for his family to come together, for his parents to stop fighting, and for his aunt and uncle to have financial relief. Everybody at the table listens to the letter but nobody reacts in a supportive way. This is the main (and first) factor that contributes to Max ripping his letter to Santa and summoning a mythological figure known as Krampus.

According to Smithsonian magazine, Krampus is a half-goat, half-demon with long horns, a giant posture, hooves instead of feet, and a terrifying facial expression. Legend says Krampus punishes children who misbehave at Christmas time by beating them with birch branches or even kidnapping them to be tortured or eaten. The mystical creature’s origin is unclear, but some folklorists claim his existence predates Christian times. In the film, Krampus comes because of the negative interactions leading to Max’s fading Christmas spirit.

Max isn’t the only person who is mistreated by their family guests. Sarah takes time to prepare a large meal (and her home) for the holiday. But, her guests constantly belittle and laugh at her. Sarah ultimately breaks down and speaks up against her Aunt Dorothy, which displays an evident act of hypocrisy. 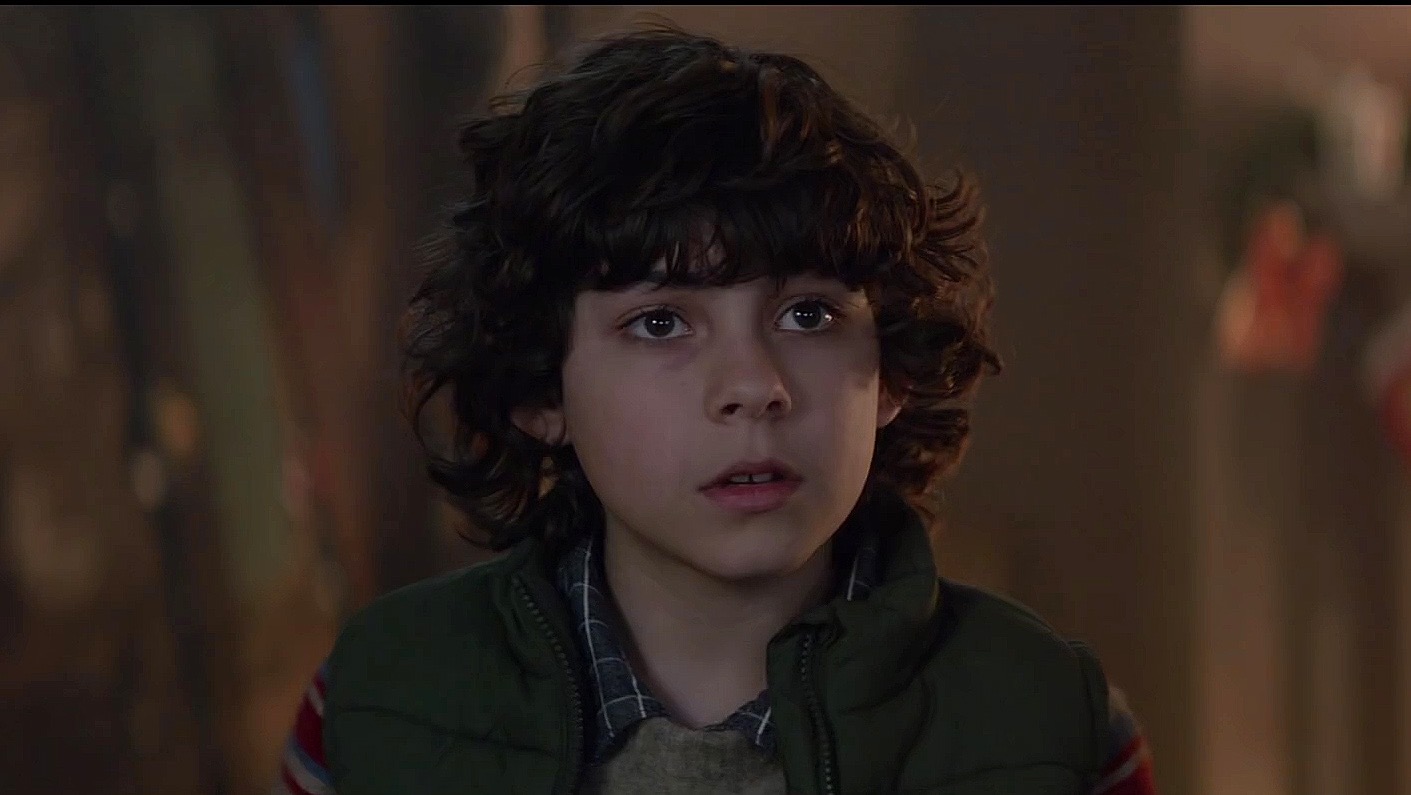 Why is she allowed to say something when her son is told to keep quiet? Is it because he is a minor? We see these types of situations often in our families. Adults are able to act a certain way while they forbid the same behavior from their children. Krampus shows how damaging it is for young people to see such ambivalent actions.

Max gets fed up with everyone’s behavior and repeatedly asks his parents why they have to invite their family over. “Because that’s what a family is, Max,” says Tom. “People you try to be friends with, even when you don’t have a lot in common.”

Max asks why, and Tom doesn’t have an answer, which only proves that Max’s questions are valid. Inviting toxic family members just because they’re family isn’t healthy. 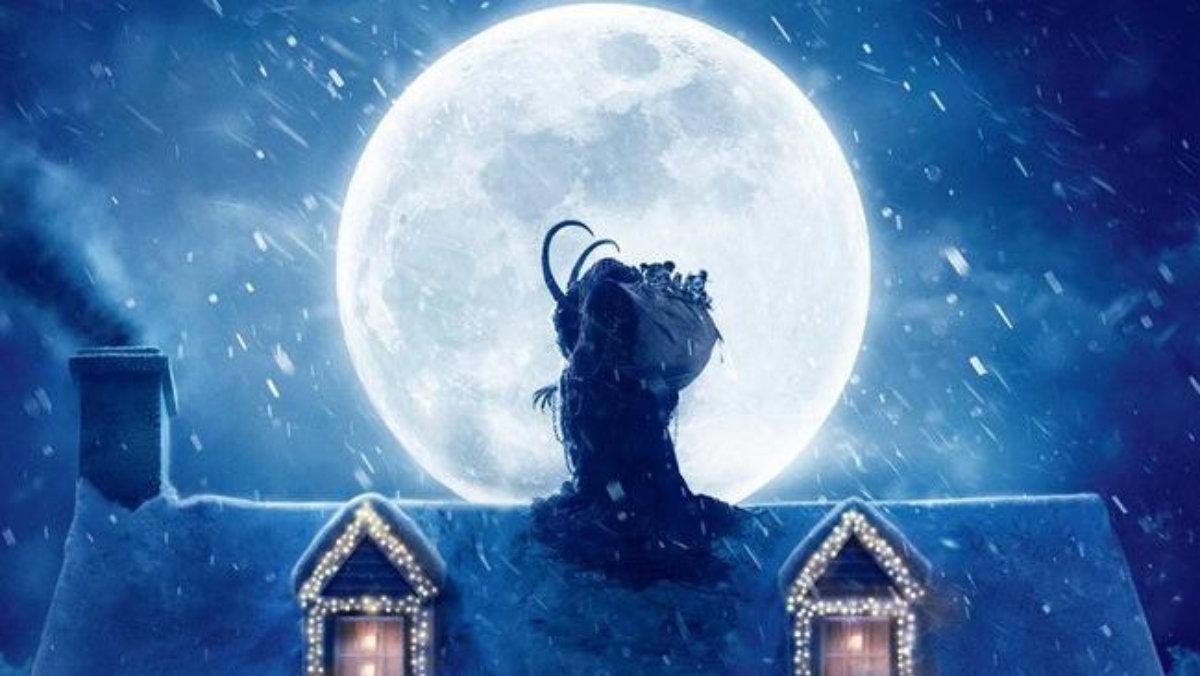 No one realizes the effects of their behavior until it’s far too late. The lights go out, people go missing, and the family begins to fight some terrifying elves and toys before Krampus comes to town. Max’s Omi (Krista Stadler) later explains that she had a visit from the titular creature.

“It was Krampus,” she tells her family. “And as he had for thousands of years, Krampus came not to reward, but to punish.” Omi is basically a living reminder that he will come if the spirit of Christmas dies. This further re-enforces the film’s message of keeping the holidays happy and healthy.

All of our family members are not toxic. But we all have an uncle who makes rude comments or a cousin who is just “too much” in general. We often become like Max, forcing a smile, gritting our teeth, and nodding because “it’s not nice to be rude” during Christmas. However, choosing to stay away from those people or speaking up for ourselves is the best option for maintaining our mental health and happiness. And, maybe it will help us avoid Krampus’ wrath too.

Krampus deserves a permanent place on our yearly holiday lists. The film’s message about not letting toxic family ruin our holiday joy makes it worth viewing it, especially on Krampusnacht.