Paranoid Thriller KNOCKING Creeps Up in Our Exclusive Clip - Nerdist

Paranoid Thriller KNOCKING Creeps Up in Our Exclusive Clip

Maybe the most relatable movie of 2021 is Frida Kempff’s Knocking. Though it doesn’t take place in the pandemic, it nevertheless exemplifies many of the worries, fears, and lonely self-reflection we all felt in the days of quarantine. It also touches on societal issues of mental health, gaslighting, the quickness for people to dismiss women’s concerns, and neighbors being creepy. And all this in under 80 minutes.

The movie follows a woman named Molly who leaves a psychiatric ward after a nervous breakdown, only to start hearing mysterious knocking sounds in her apartment. In our exclusive clip of Knocking, we see Molly (Cecilia Bolocco) confront one of her new neighbors about the sounds. It doesn’t go amazingly well.

It’s a fact of apartment living; stuff makes noise. But Molly’s annoyance quickly turns to concern. In addition to the knocking, she begins hearing faint crying. Eventually the crying becomes a woman’s pleas for help. Whenever Molly calls the police, or asks her neighbors, nobody can hear anything. Or at least, they say they can’t. Ominous, innit? As our clip shows, she’s getting pretty annoyed about it.

Knocking is the feature debut of Swedish director Frida Kempff, with a script from Emma Broström adapting a Johan Theorin novel. It premiered at the Sundance Film Festival earlier this year where it stood out as one of my favorites. A paranoid thriller that really reflects the kind of paranoia we’ve all had to deal with for the past couple of years. It’s a film that ensures the audience is on the backfoot just as much as its main character, and this connection is absolutely vital. 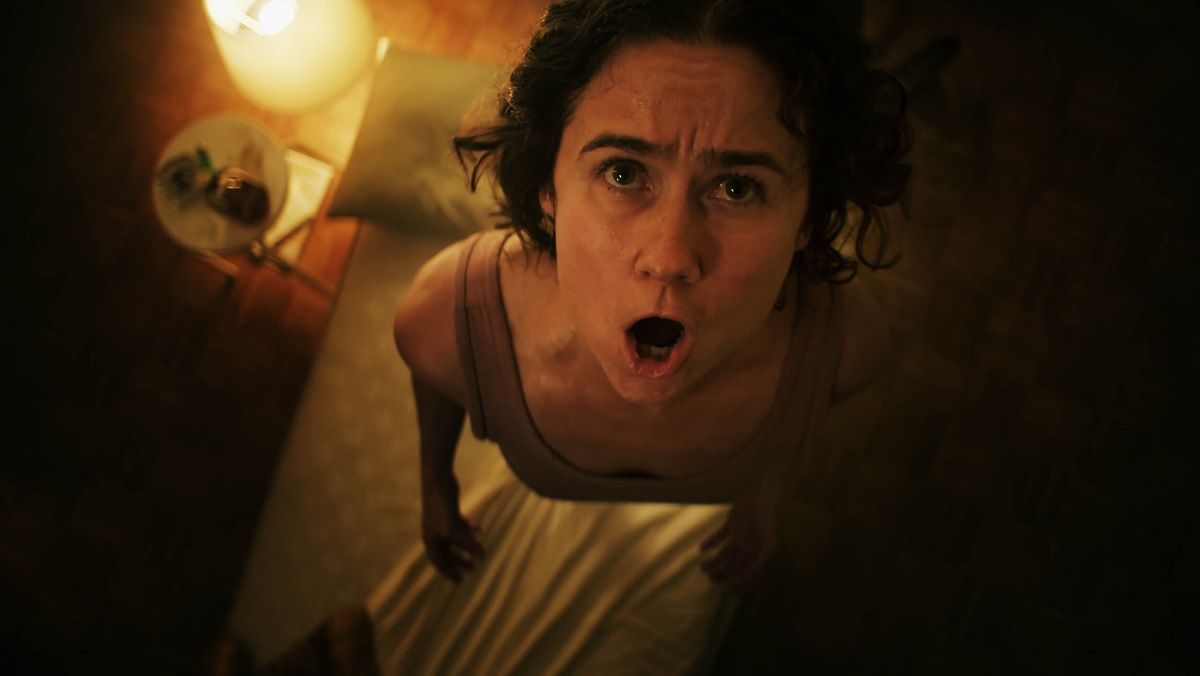 You can watch Knocking in cinemas beginning today, October 8. It will also make its way to digital on October 19. Whichever your preferred setting, it makes for a gloriously uncomfortable watch, just in time for the spookiest time of the year.