KIRBY AND THE FORGOTTEN LAND Wanders Adorably Onto Nintendo Switch

If there’s one game we really needed to hear announced, it’s a new Kirby game. Ask, and you shall receive as they say! Kirby and the Forgotten Land releases Spring 2022 on Nintendo Switch. Nintendo announced this adorable game as part of their recent Nintendo Direct panel.

In this new unforgettable 3D platforming adventure, Kirby explores a mysterious world full of abandoned structures from a past civilization. What surprises await the pink puffball?

What surprises indeed? The game’s trailer walks us through a tease of what’s to come. And its serene music and gorgeous animation put us in a great mood. Waves crashing, blues skies, and adorable pink Kirby marching off to new adventures.

Kirby bounces off this new world with his traditional beeps and bops. He runs into a pack of ducklings. Kirby and the Forgotten Land feels like the absolute sweetest. Kirby even takes the time to ride around on a star in a manner befitting their majesty. But, of course, not everything can exist in perfect harmony. In the trailer, we do see some gameplay. Including Kirby fighting with some equally adorable dog-like creatures. And, of course, Kirby’s traditional move appears as he swallows his foes. It seems not all is perfect, even in Kirby’s world. 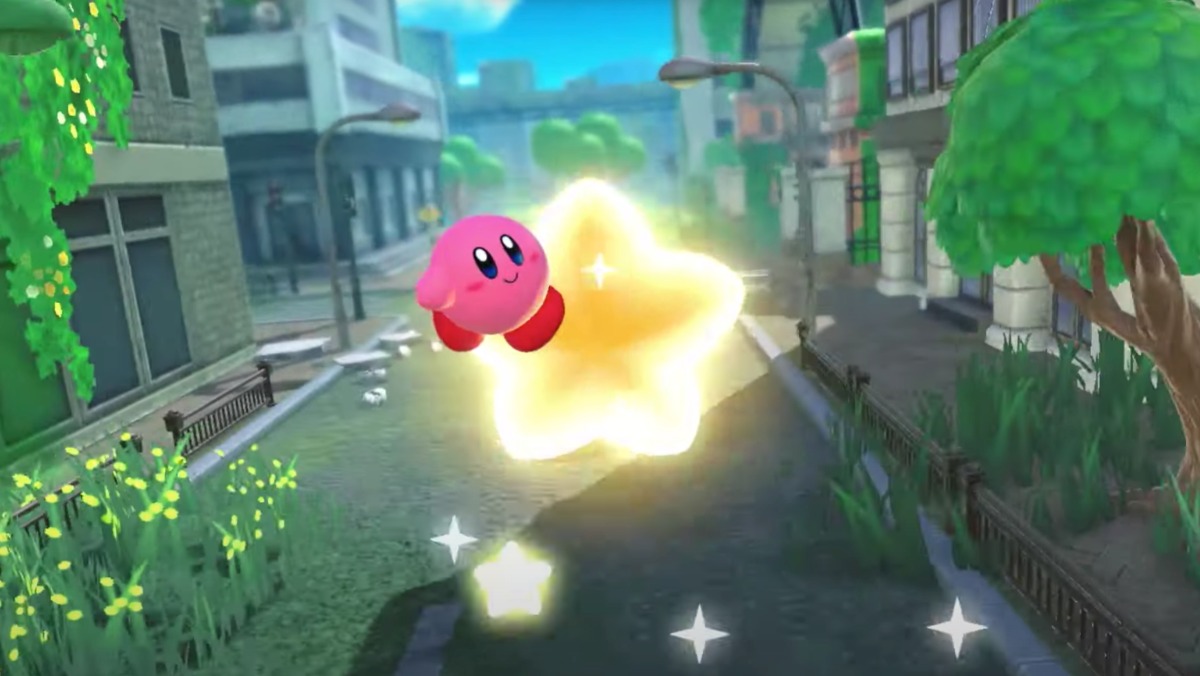 But not hungry crocodiles nor thorny porcupines can stop Kirby on their quest. If there’s one lesson we’ve learned, it’s don’t mess with Kirby. Small, pink, and cute often means extra powerful.

In the presentation, Nintendo shares this about Kirby and the Forgotten Land:

In this new game, you can freely move around in 3D areas using familiar Kirby moves. The setting also appears to be mysterious filled with abandoned structures from a past civilization, what lies in store for Kirby.

We can’t wait to hear more about this game and see what exciting surprises lie in store for Kirby in Kirby and the Forgotten Land.