KIPO AND THE AGE OF WONDERBEASTS Gave Us A Supreme Hero

It’s no secret that 2020 is a terrible year. Incompetent leadership made a global pandemic worse. Cries for racial justice were met with violence. Compassion was treated like a weakness and science like a partisan con job. Any source of joy was a blessing, but Kipo and the Age of Wonderbeasts, whose entire three season arc ran on Netflix in 2020, offered more than just a pleasant distraction. Its titular hero modeled the better parts of our nature. Kipo leads with compassion and spreads joy with music; she uses intelligence to solve problems and fights for a world that benefits everyone. She is the hero we need to light our path in this ongoing nightmare.

Two hundred years after the Great Mutant Awakening, Kipo emerges from her underground burrow to discover a technicolor post-apocalypse. Animals have mutated into intelligent, weirdly specific cultural stereotypes, like lumberjack cats and K-Pop narwhals, as well as rampaging mega versions of their former selves.

Despite centuries of conflict with mutes, Kipo only sees a world of wonder and creatures as human as herself. Her overwhelming exuberance quickly gains her a group of friends including Mandu, a four-eyed pig, and Wolf, a human girl in wolf’s skin. She also meets Benson, the last survivor of a fan-obsessed cult, and his best friend Dave, a bug who molts at inopportune times. Together they face multiple adversaries, but for Kipo, enemies are just friends she hasn’t smothered in kindness yet. 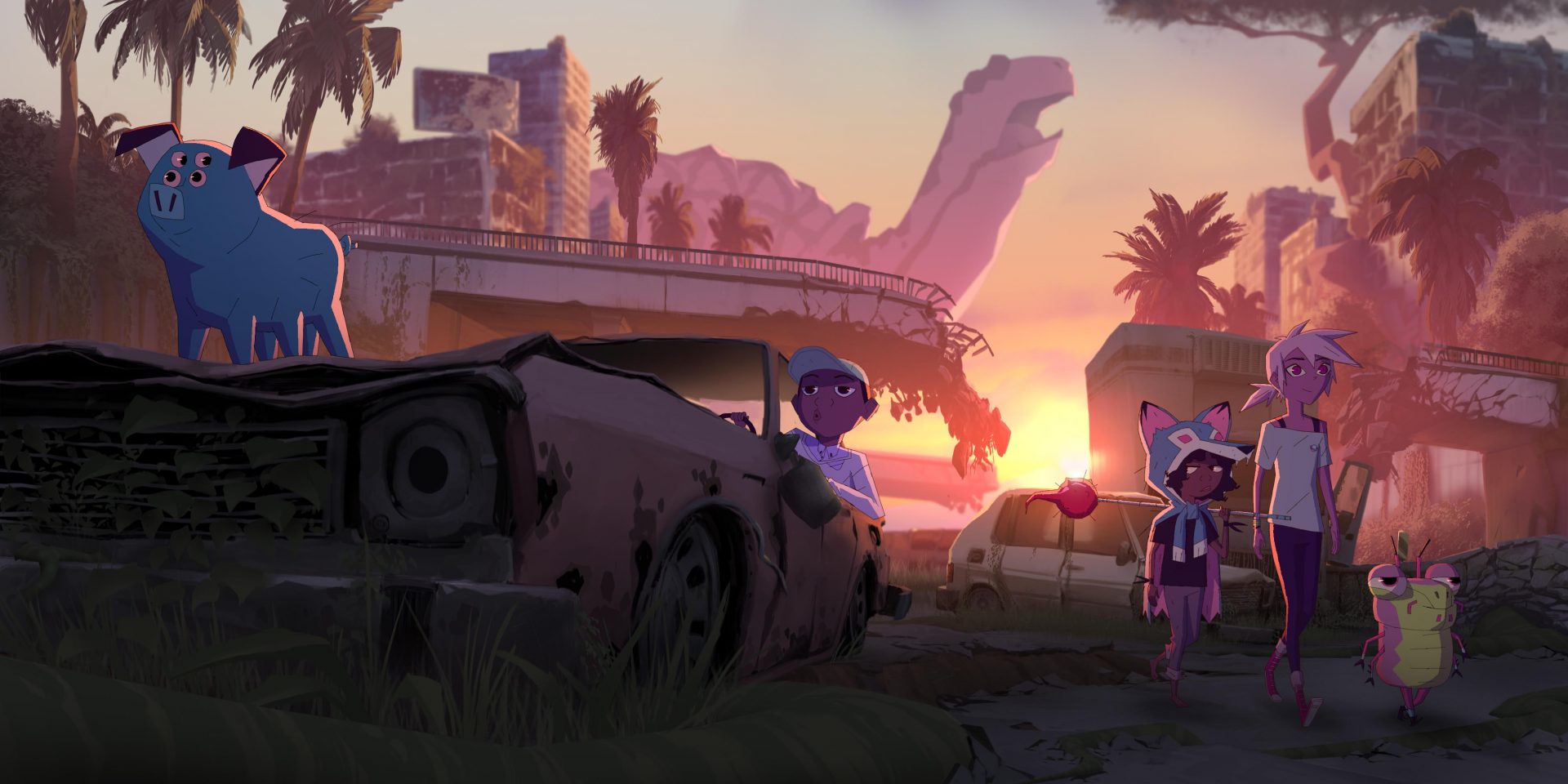 Take Jamack, a Mod Frog who captures Kipo and the gang in an attempt to curry favor with the imperious Scarlemagne. When rival Newton Wolves capture Jamack, instead of leaving him to become wolf chow, Kipo sets him free. His resultant soul searching helps him realize the value of compassion, and he ultimately becomes Kipo’s ally.

This pattern plays out repeatedly in the show. Kipo and her friends meet mutes who hate them, they perform some extraordinary feat of kindness, and the mutes realize maybe humans aren’t so bad. Whether its by rescuing the leader of the TimberCats, who gets stuck up a tree, or saving a bigoted shrimp restaurateur from Scarlemagne’s henchmen, Kipo’s compassion improves lives everywhere she goes.

Kipo believes mutes and humans can live together in peace. She loves the world’s diversity and believes acts of kindness can build a stronger and more inclusive community. Appropriately, the characters (and cast playing them) reflect the diversity of their (and our) real world. All of the main cast are BIPoC with Kipo herself as a Black and Asian character. Benson is gay, and his coming out moment is remarkably mundane.

There is no drama nor rejection from Kipo; she only offers acceptance and love. She acts as a foil to the series’ depiction of bigotry through human/mute relations. Pop culture of the past was never as successful at overcoming its own biases; the X-Men for example was an allegory for racial prejudice, but it was years before the team included BIPoC representation.

Kipo is about accepting the world’s diversity and recognizing we’re stronger when everyone has an equal place in it. In the face of this year’s ongoing police violence against Black people and the systemic inequalities that marginalized people face, Kipo’s inclusive compassion reflects the world as it could be. 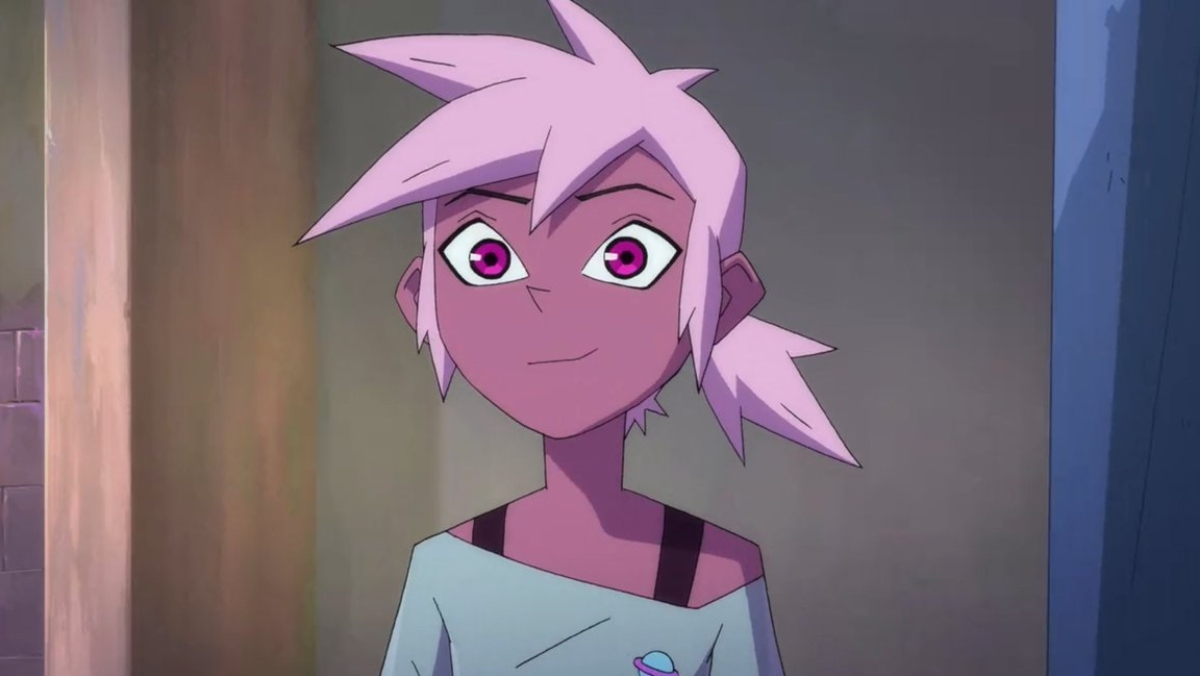 We are currently suffering through an out-of-control pandemic largely due to our country’s leadership being unwilling to listen to scientific expertise.  That’s why it’s heartening to see heroes like Kipo who love science and use their intelligence to help other people.

She impresses the Newton Wolves with her knowledge of astronomy and playing card permutations, and their shared love of science creates a mutual respect which later becomes an alliance. When evil eugenicist Dr. Emilia kidnaps her friends, Kipo takes the time to carefully plan their rescue. Instead of rushing in to save them, she listens to her allies’ advice and crafts a strategy.

And when she learns that her parents’ ethically dubious experiments have given her the ability to transform into a mega-jaguar, she only wants to use her science powers to help other people. That desire to protect others is what ultimately lets her control her transformation, while Dr. Emilia’s destructive intentions leave her trapped in her own mutation. We need leaders like Kipo willing to use science responsibly if we have any hope of successfully combatting this, or future, pandemics.

A Hero’s Story Through Music

Kipo also uses music to forge ties with the mutes and humans she meets. Music sparks an immediate emotional reaction that speaks to our shared human condition. In 2020, music provided many people a much needed emotional catharsis while isolated in our homes for months on end. Kipo instinctively understands the bonds those feelings create.

She sings a song with her dad to help her deal with the depression of being stuck underground—a perfect quarantine anthem.

She shreds on the guitar to create an alliance with the heavy metal Ümlaut Snakes. She gently forces Wolf to sing her favorite karaoke song Heroes on Fire. It becomes a major turning point for the lone Wolf, who struggled to accept being part of Kipo’s pack. Wolf realizes she doesn’t have to be alone anymore. Belting out a song at the top of her lungs turns out to be the best way to make friends.

In this historically awful year, the forces of decency seemed grossly outmatched by fear, incompetence, and greed. If there’s any hope for us to survive next year, we have to embrace the qualities that make Kipo extraordinary. We can build a bright technicolor world that lifts up everyone. Thankfully there are heroes like Kipo to show us how.

TAGGED: Kipo and the Age of Wonderbeasts

Tolkien
A Guide to the Locations THE RINGS OF POWER Map Has Shown Us So Far
Melissa T. Miller
10 MIN READ

Tolkien
Why Is Theo’s Sword Hilt of Sauron Important to the Orcs on THE RINGS OF POWER?
Michael Walsh
6 MIN READ

Tolkien
Who Is Isildur’s Mother on THE RINGS OF POWER and Is She Calling To Him?
Michael Walsh
6 MIN READ
SEE MORE