Looking Back at KING KONG VS. GODZILLA’s Weird ’60s Matchup

Who doesn’t love to watch giant monsters battle it out on the big screen? Creature features have long been a stalwart of Hollywood for good reason. This year, two of the biggest boys around are going to face down in Godzilla vs. Kong. Big-screen creature features are somewhat of a rarity these days with made-for-TV and home-video films taking up the majority of monster movie releases. That means this is a huge moment for fans of the genre. But as monster lovers everywhere know, this isn’t the first time that the two Titans have duked it out.

While we’re all waiting for Godzilla vs. Kong, it seems like a great time to look back at their original matchup. Back in 1962, Godzilla auteur Isihiro Honda took on the third film in the burgeoning franchise. But in the US, a strange team-up was stirring, one that would change the shape of cinema forever. Stop-motion icon Willis H. O’Brien, who’d overseen the King Kong effects in the groundbreaking original film, had a plan. He wanted King Kong to fight a giant foe, one who could only be imagined by the most nightmarish of brains: Frankenstein. Yes, the film that would become King Kong vs. Godzilla began as something even stranger, named Kong vs. Prometheus. Sadly, that movie would never come to be. O’Brien’s idea was stolen and sold to Toho, who replaced Frankenstein with Godzilla and history was made.

A giant monkey fighting a giant reptile makes a lot of sense in an era where stop motion and suits were the norm. Especially in a landscape where spectacle sells and audiences were hungry for movie monsters. Ironically, the story also aims to satirize the nature of shock TV and movie choices made by desperate execs. It all begins with a pharmaceutical company that wants to bring more attention to the shows that he sponsors. Of course, the only logical answer is to steal a massive monkey and bring it to Japan. There’s plenty of commentary here as the nefarious CEO gets jealous that Godzilla gets more press than his shows, so he attempts to usurp him with his new huge creature that he’s procured from the far-off Farou Island. But as we all know, humans can never control the beasts they capture and all hell breaks loose. 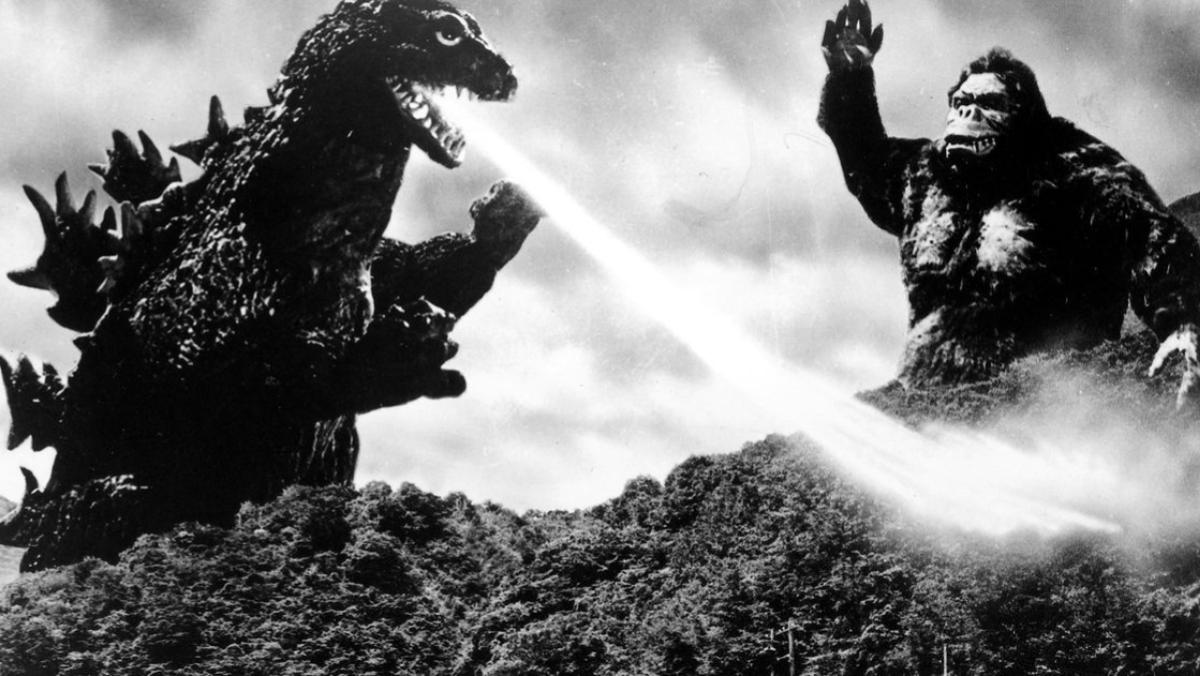 Just like the 1954 Godzilla, which sparked the longest-running franchise of all time, there are two distinct cuts of King Kong vs. Godzilla. There was, of course, the original Japanese one. And then there was the badly Americanized version which was extensively recut and supplemented with unnecessary new scenes. The US version cuts some of the drama and satire around the notion of ratings and shock tactics to draw in audiences. It also included new segments focused around news reports. It’s an echo of the documentary-style retelling they used for the recut 1954 Godzilla film. There were other changes, too, with the dub varying distinctly from the topics of conversation featured in the Japanese version, as well as the fact that the US release completely disregarded the original score, instead using archival tracks from the Universal catalog.

The one thing that both versions of the film share, though, is virulent racism. No matter which one you watch, you’ll find that to be true. It all comes down to Skull Island. The inhabitants of the island from where Kong hails are all portrayed by actors in brownface. The sequence plays into the nastiest and most racist “savage” stereotypes. And it’s a disappointing reminder that this kind of racism is global. When adapting the film for American audience, the studio never considered cutting out the racist sequences. Even as they cut around the rest of the film. This is one of the things that the new film will hopefully reckon with as they head back to Skull Island. 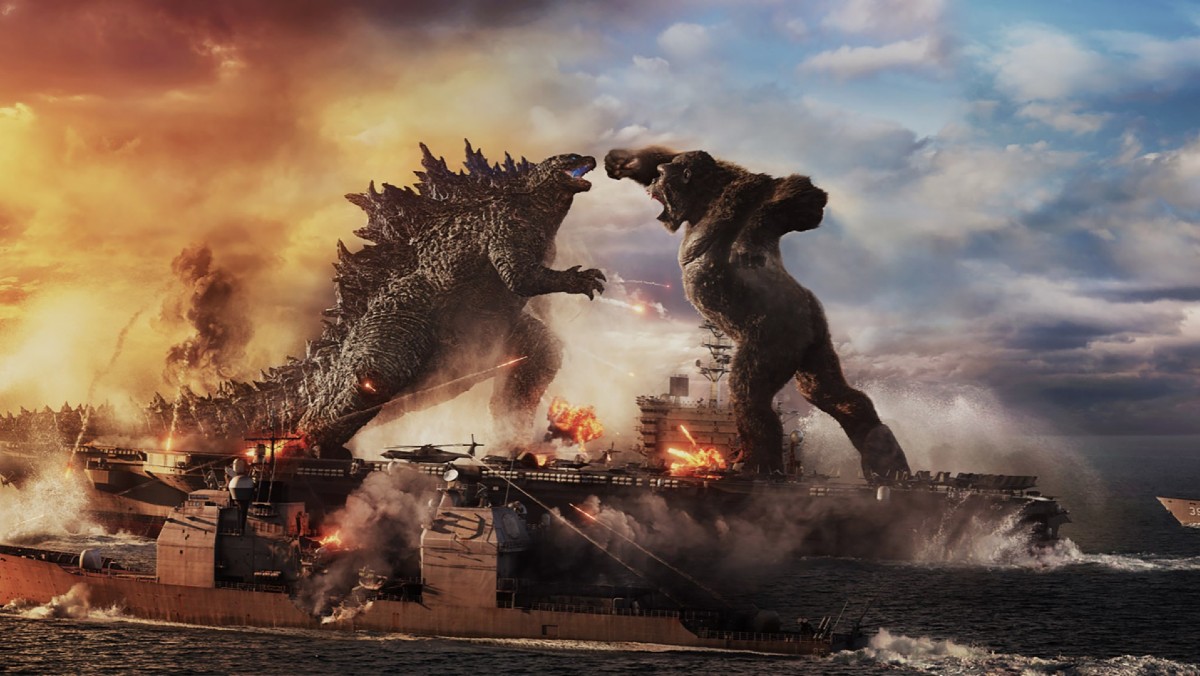 Despite there being two cuts, one of the most resounding urban legends around the film is untrue. For years it was rumored—and exacerbated due to lack of access—that in the US version Kong won and that in the Japanese cut Godzilla took the victory. In fact, in both versions Kong is the victor, leaving Godzilla’s fate unclear as he disappears under the ocean. It became such a huge pop culture legend that many thought it was true. But with both versions now available to monster-movie fans everywhere, you can see the less interesting truth for yourself. After all, who really believes that Kong could beat Godzilla? Not this writer! But that’s exactly what happened in the original matchup.

No matter which one prevails this time around, their history is a storied one. And this strange third entry into the Godzilla franchise is where it all began. Let the big boy battle (re)commence!