Key Question, our new show exclusive to Alpha,  follows Marisha and Matt on a train of logic to examine and analyze the hidden meanings in some of the most famous pop-culture figures, all on a quest to discover if pop culture is our salvation or our doom and everything in between. In this week’s episode, they tackle the topic of Doctor Strange and the intersection of Western Rationalism with Eastern Mysticism/Irrationalism.

As our hosts broaden your minds and expand your consciousness to deeper meanings lying within the Sorcerer Supreme’s adventures, you may find a spark of curiosity kindled. If you want to experience the Doctor’s most classic and accessible tales, open that ol’ third eye and seek these titles out. 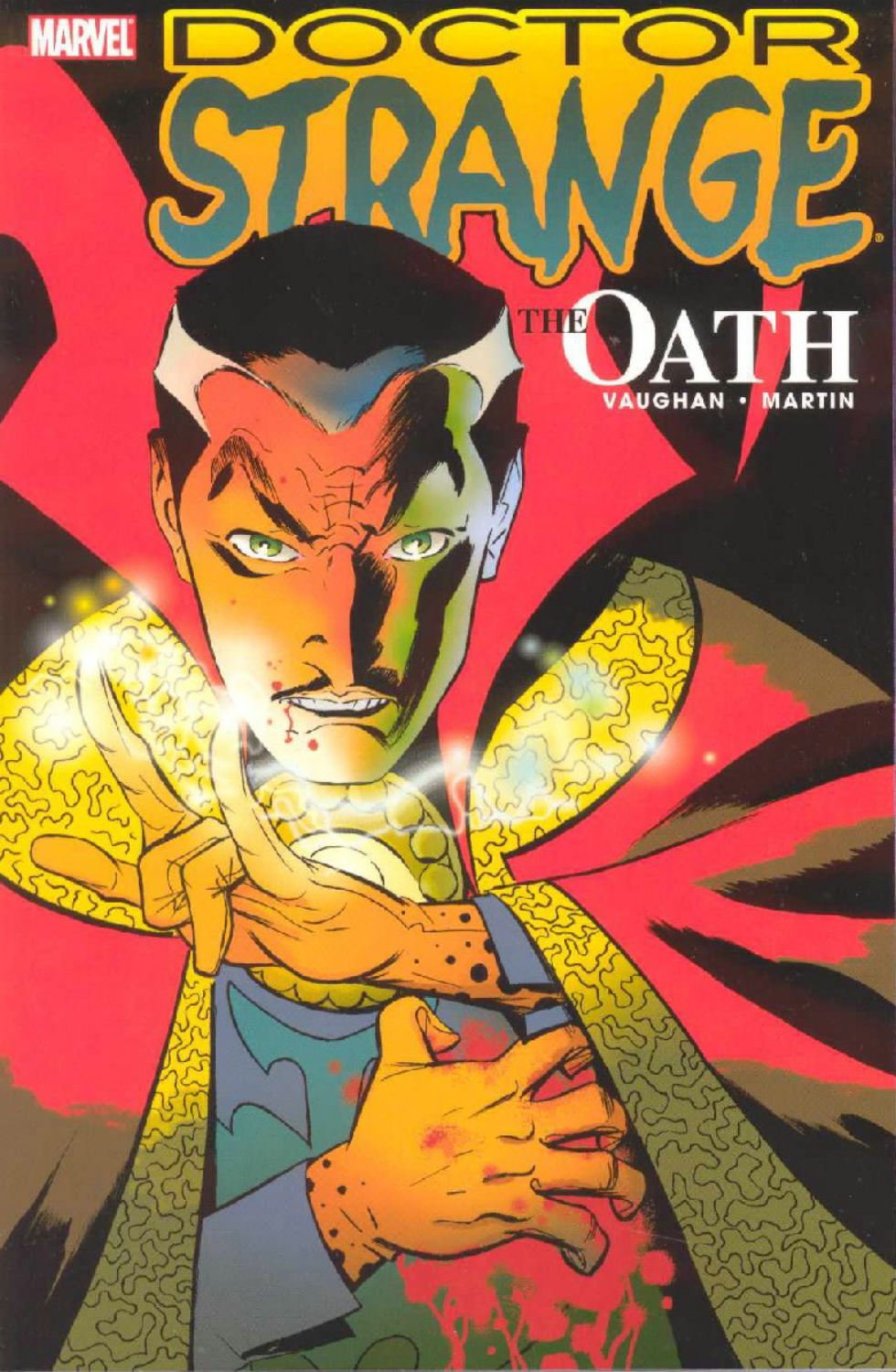 Human disease can’t just be solved with finger snaps and an incantation, unfortunately. When his stalwart aide-de-camp Wong falls prey to cancer, Strange must not only retrieve a stolen elixir to save the man, he also has to prevent it from being destroyed by a renegade protege of the Ancient One. Of course, more down-to-Earth threats continue to bedevil the Sorcerer Supreme during this quest, as he soon finds himself shot and in the hospital. A self-contained and more recent yarn any prospective Strange fan can just pick up without having to mind a ton of back issues. 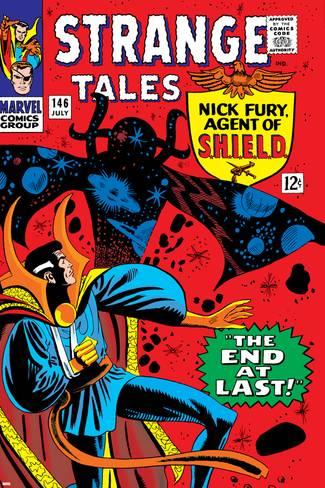 When Strange’s nemeses Baron Mordo and Dormammu form a deadly alliance, the hero and the Ancient One must seek aid from the highest possible authority in the Marvel Universe – a personification of that universe itself. Yes, Doctor Strange‘s plots got as far out as you could possibly go, even this early on. Co-creator Steve Ditko, has a flair for character design that remains instantly recognizable, and no creation reflects that more than Eternity, the aforementioned starry-faced personification. 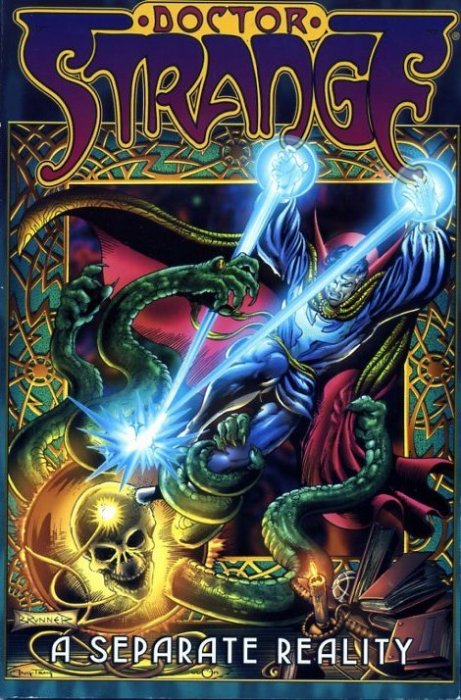 Believe it or not, Strange wasn’t always the Sorcerer Supreme. See him earn that highest honor throughout an epic conflict with Shuma-Gorath, an Eldritch, squid-like horror on level with Cthulu. And as you leap into the Bronze Age of Comics with the Doc, do enjoy his jaunt to the beginning and end with “Time Doom,” wherein Strange bears witness to the simultaneous destruction and recreation of the universe. 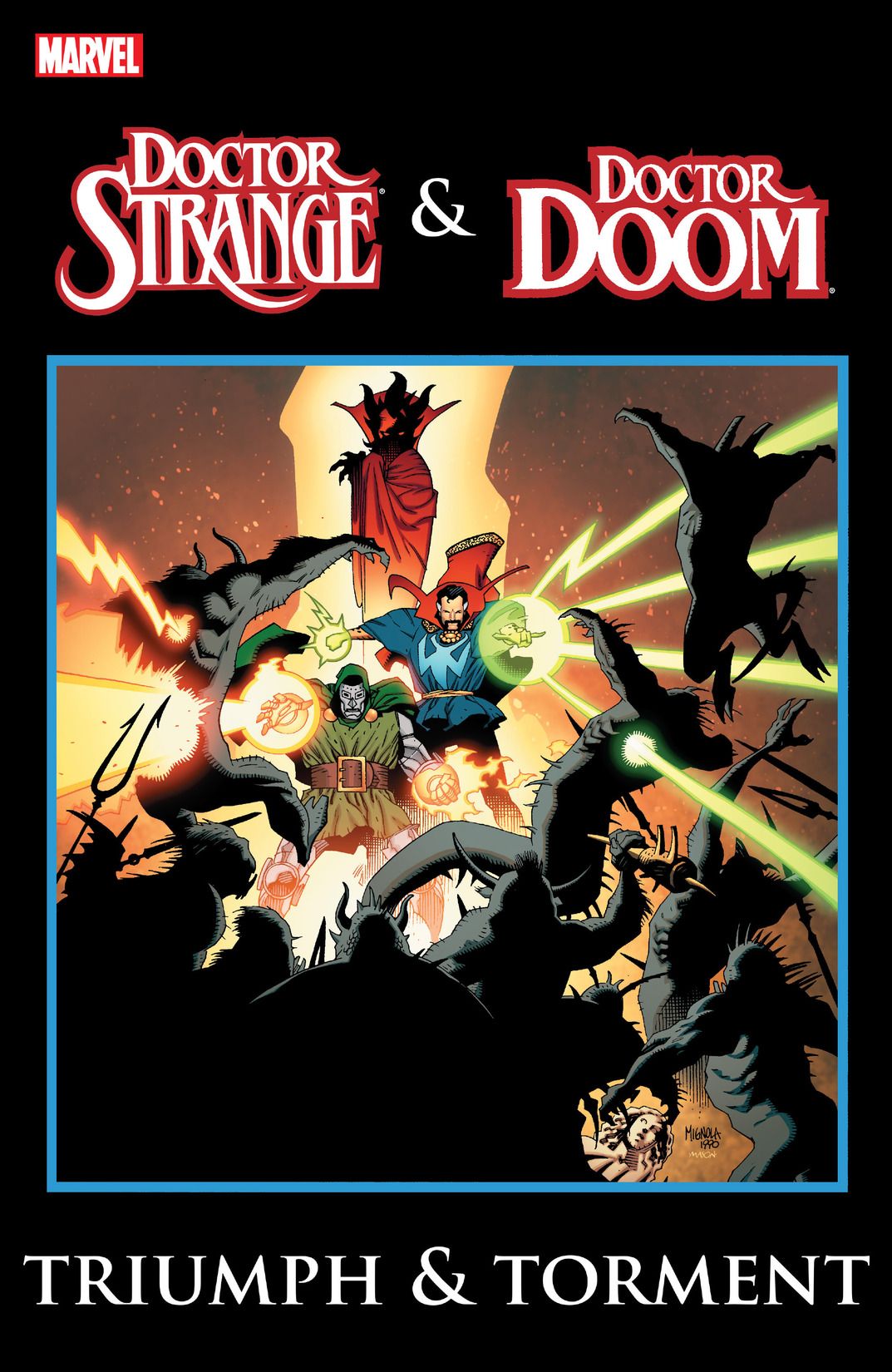 Years before he created Hellboy, Mike Mignola was already down in the flames with the demons. There may not be honor among bandits, but doctors should always feel some affinity to one another. Right…? Victor von Doom begs Stephen Strange to help him rescue his mother from the depths of the nether realm, and even though the man in the iron mask and green tunic is one of the most notorious villains on any plane of existence, our man in the red cloak feels obliged to offer aide. A memorable romp showing which devils deserve sympathy, and which ones don’t. 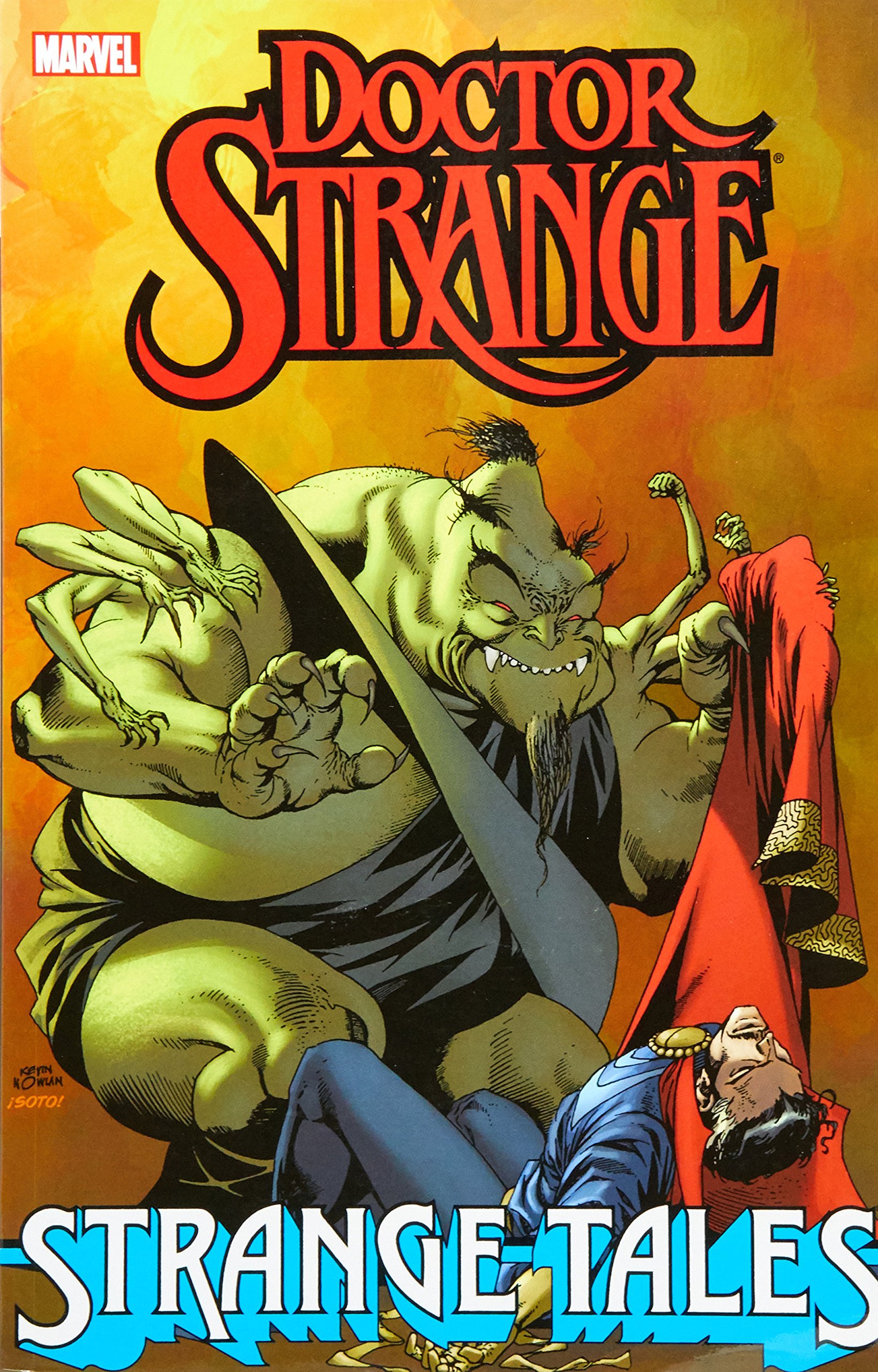 Doctor Strange has gone through a number of radical redesigns over the decades, from donning a more superheroic black mask to putting on an accessory that looks like a chandelier-sized brooch from certain angles. In Peter Gillis’ underrated 80s run, Strange goes blonde, puts on an eye-patch and ditches the “mystic arts” for straight-up black magic in a rematch against Shuma-Gorath. Dark and damn good. Read “Don’t Pay the Ferryman” before this collection for the full experience. 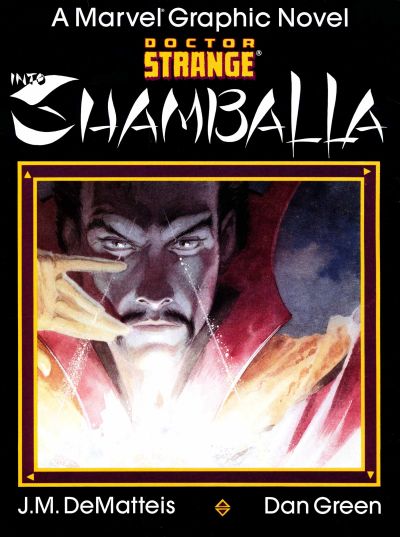 Fully embracing Tibetan mysticism, this graphic novel is more meditative, poetic, and novelistic, really, than the other comics of the list. After the Ancient One sheds his motor coil, Strange is reflecting on his mentor’s life and absence when the Ancient One’s own mentors, the Lords of Shamballa, come calling with a seemingly sublime offer. They will bring about a new great era through his heroic deeds. Of course, the deal isn’t all its cracked up to be, and the hard decisions that ensue force Strange to think real hard about the limits of a man’s potential.

Once you’ve experience Strange’s best storylines here, take what you’ve learned and see it through a more academic angle again with the aide of Doctor Strange and Philosophy. And if the intersection of pop culture and classic philisophy leaves you even thristier for the latter, you can find whole realms to explore in Albert Camus’ the Stranger, Martin Heideggar’s Being and Time and Wittgenstein’s Tractatus Logicus. Though, good luck with that last one. It is dense, and almost impossible to understand without compendiums handy.