Key Question, our new show exclusive to Alpha,  follows Marisha and Matt on a train of logic to examine and analyze the hidden meanings in some of the most famous pop-culture figures, all on a quest to discover if pop culture is our salvation or our doom and everything in between. In this week’s episode, they tackle the topic of Black Panther, Afrofuturism and the problems of why have we never heard of that.

Over one weekend this year, millions of movie-goers were introduced to the valiant King T’Challa of Wakanda. Of course, the Black Panther has already been around and adventuring for decades. If you left the theater wanting to know more about the cat man, and the latest discussion on Key Question has got you thinking about T’Challa’s in the wider tradition of sci-fi, these are some stand-out comics you should definitely hunt down. 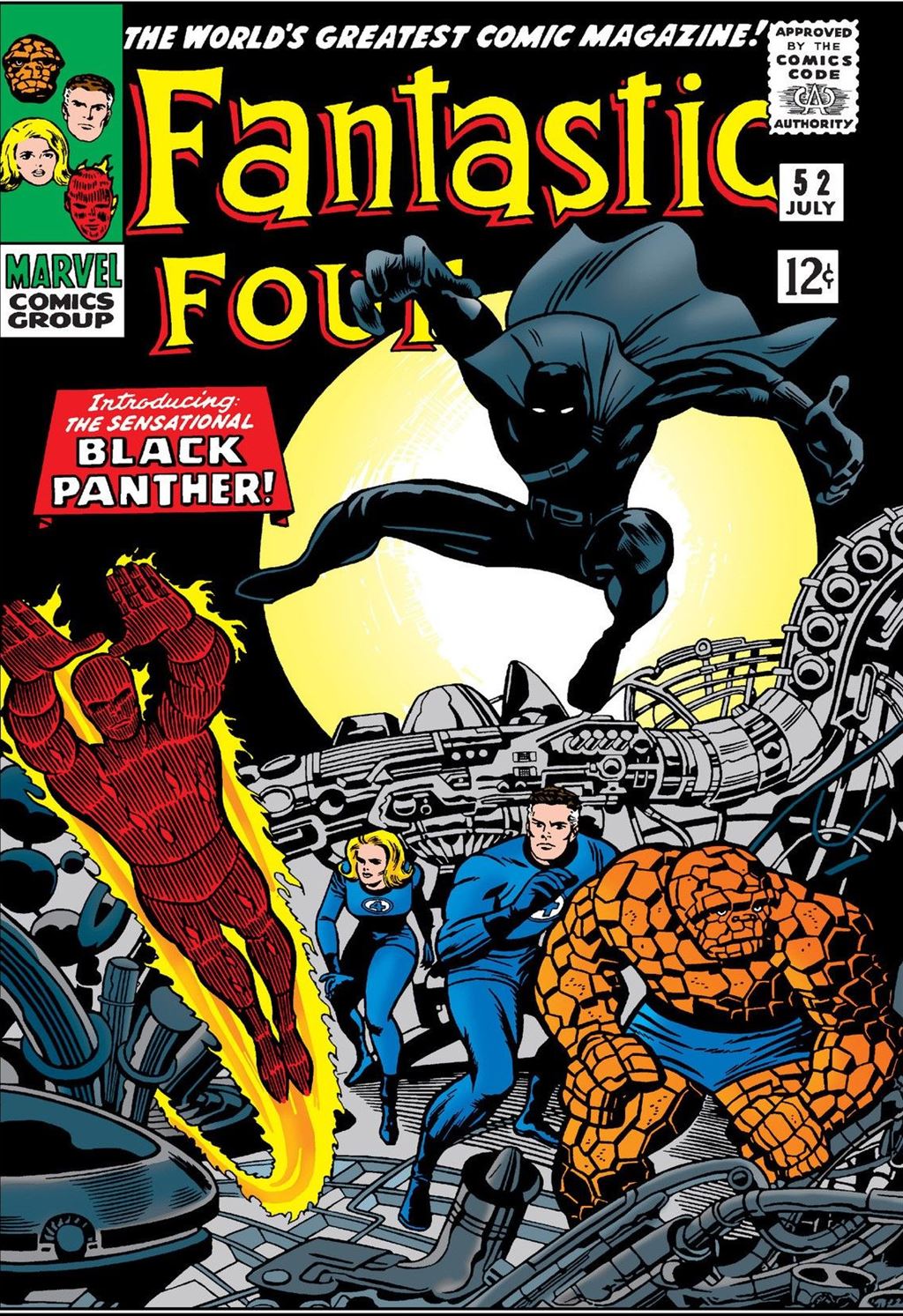 Many of Marvel’s biggest heroes first appeared as antagonists in other heroes’ titles. Black Widow and Hawkeye debuted in Iron Man issues. Wolverine debuted in an issue of the Incredible Hulk. And sure enough, when T’Challa debuted in this adventure of Marvel’s First Family, he came to blows with them. (Thankfully, they came to a quick understanding). Far, far ahead of its time for a 1966 comic, this issue sees the FF receive a Wakandan flying craft with an invite to the mysterious country where, upon arrival, they’re bewildered to find a “techno organic jungle.” Interestingly, a sub-plot involves the Inhumans in Attilan, another fantastical hidden nation, showing how many of the most imaginative concepts in Stan Lee and Jack Kirby’s fictional universe were there from early on. 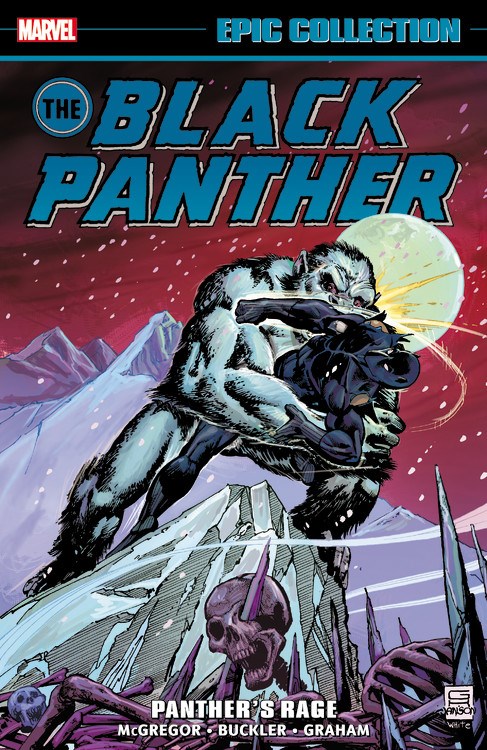 Throughout a year’s worth of Jungle Action, Don McGregor and a number of artists presented a true saga of T’Challa in 13 parts. When the king brings an American girlfriend back home, his royal court is expectantly apprehensive of the outsider. More sharp divisions arise thereafter, as Black Panther crosses blades with his vengeful nemesis, Erik Kilmonger, for the first time. What follows is a truly grueling gauntlet for the hero. T’Challa is flung off a waterfall, subjected to extremes of cold and heat, attacked by leopards and wolves–bloody, battered, and with his ceremonial attire in shreds almost the entire time. And that’s all before we get to the betrayals in his kingdom. The massive arc is as exhausting a challenge as any hero has ever endured. 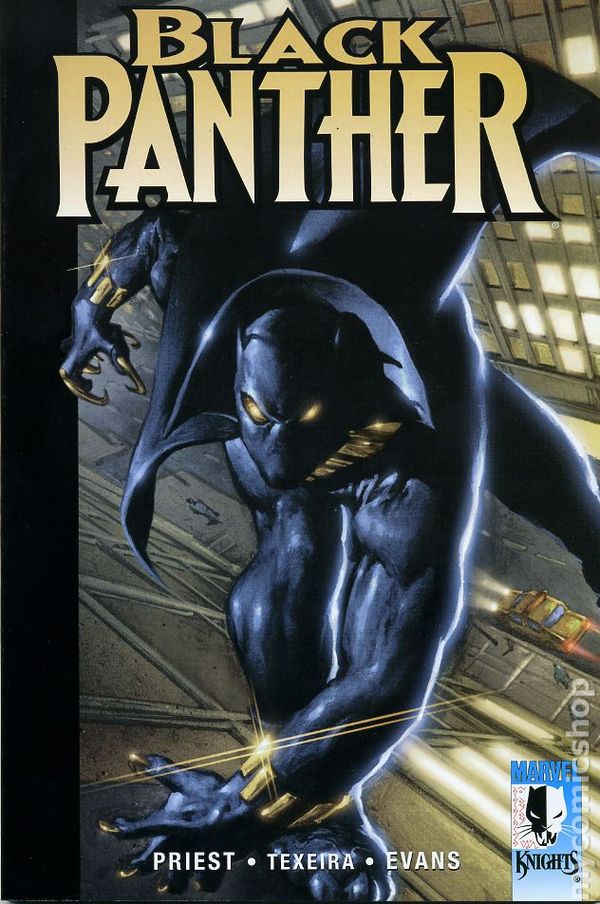 T’Challa is a larger-than-life character, to be sure. The brilliant conceit of Christopher Priest’s character-defining run on Black Panther is to make the hero realer by presenting him from the ever-bewildered perspective of reader surrogate, government escort Everett K. Ross. One might not expect morbid humor and Tarrantino-esque out-of-order storytelling to ever befit a tale of diplomats and statuesque royals, but Priest’s approach really came to define T’Challa after years of under-appreciation. Among many lasting contributions to the Black Panther mythos here inclue the Dora Milaje, T’Challa’s fearsome force of bodyguards and wives-in-waiting. 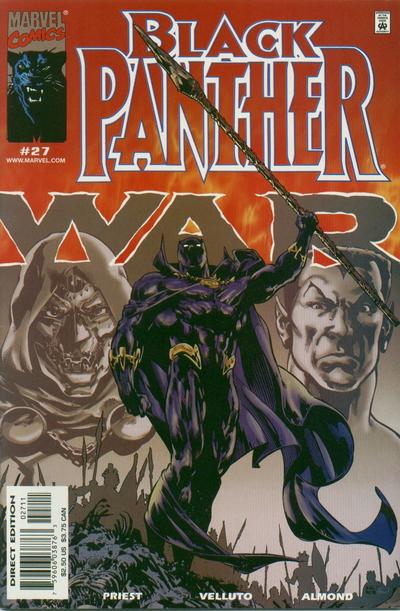 Genosha. Latveria. Atlantis. Lemuria. Wakanda is hardly the only fictional country in the Marvel Universe. And one of the most striking story arcs in Priest’s run puts them and their rulers in a stand-off that feels very much like an international incident you’d read about in the news. T’Challa parlays with the other superhuman monarchs Magneto, Namor and Dr. Doom in attempt to deescalate a dispute of nations, and his attempt at peacekeeping tragically blows up in his face.

To delve further into the subject of Aforfuturism, even beyond Wakanda, check out this extensive Comics Alliance article about the subject, and Black Panther’s place in it. There’s also Afrofuturism: the World of Black Sci-Fi and Fantasy Culture by Ytasha L. Womack and “Black to the Future,” by Mark Dery.