Keep The Kids Busy This Summer With These Great Board Games

It’s the end of July and we’re entering the dog days of summer. The days are long and even the nights are hot. The return of school is but a glimmer of hope in a parent’s eyes. Perfect for rainy days and family game nights, these board games are a great way to keep the kids – and the whole family – entertained this summer and beyond. The Geek & Sundry Editorial Team has put together a number of games we love playing with young ones and the young at heart. 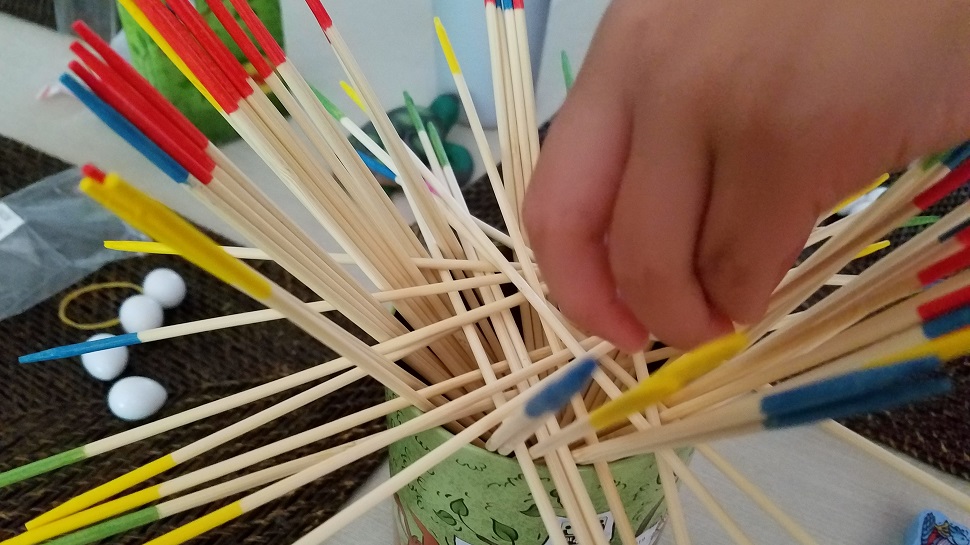 Charlie Theel describes Go Cuckoo! as requiring “a bit of precision and a healthy sense of humor”. The task is to build a nest for Kiki Cuckoo. This poor bird needs a home, but things get a little zany. Go Cuckoo! is a combination of 3-3imensional pick-up sticks and Kerplunk! Stick by stick you’ll build the nest and gingerly place an egg, hoping it will nestle itself snugly in its new wooden home. And if the kids are in bed or at summer camp? Well, here’s what Charlie said: “Beyond the obvious positioning as a family game, Go Cuckoo proves a solid contender for a group of more entrenched hobbyists. It’s a skill based game and quick enough to properly bookend a night of more grueling activity. It also performs admirably under the fog of intoxication, heightening the humor element ingrained in the genre.”

Read Charlie’s full thoughts on why Go Cuckoo! is easy to get to the table and a sure bet to appeal. 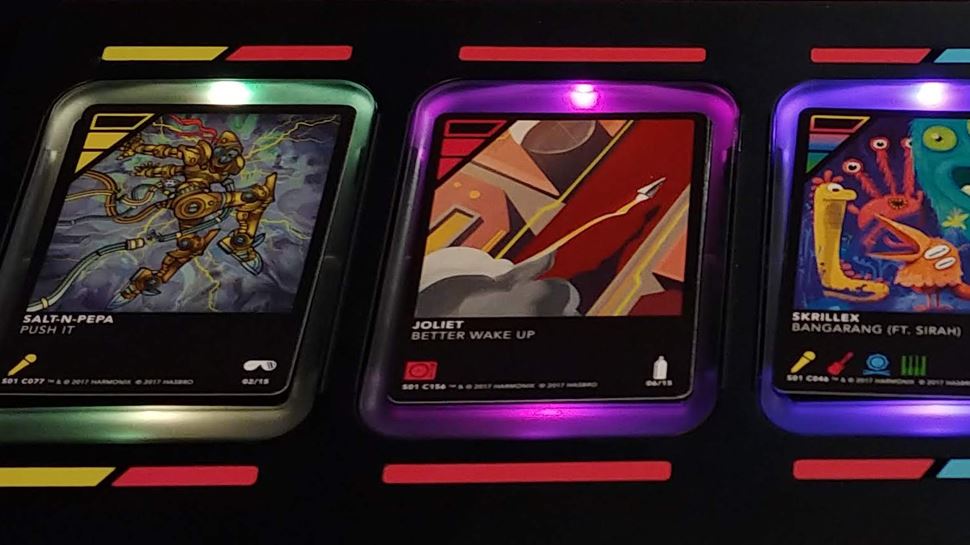 What exactly is DropMix? Lying somewhere between toy and game, Grace described it as “the most innovative piece of technology to hit your table since the spork.” Published by Harmonix – of Guitar Hero fame – DropMix allows you to combine various bits of your favorite songs into your own remix. Want to know what the bass line from Jackson Five’s “Want You Back” sounds like with Carly Rae Jepsen’s energetic vocals singing “Call Me Maybe”? DropMix gives you that power. The base game comes with the physical board that does the hard work for you, and numerous expansion exists to let you craft your favorite jams. Songs span decades and genres, and you can even export and share your favorite mixes with friends.

Find out why DropMix is perfect for making summertime jams! 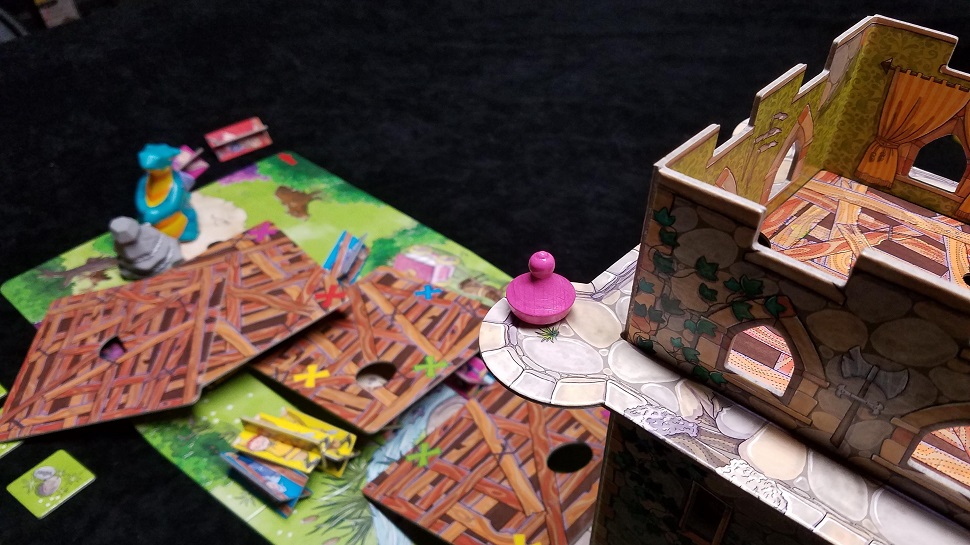 Another HABA game worth your time this summer is Dragon Tower. It’s another part-game/part-toy, only this one amps up the pressure by pitting players against the combined might of a calamitous countdown and A DRAGON. It’s a classic ‘save the princess from the dragon’ story, only this dragon is more of Tinkerer than a Barbarian. The castle is lightly guarded, and he’s not coming after you with fire. That would be too easy.

Instead, the tower is trapped, set to collapse if you take too long to save the princess. See the tower is built on top of a rock tied to a string. Once you begin you rescue, the motorized dragon begins drawing that string in. Take too long to complete your hilariously kinetic task of saving the princess and the house of cardboard topples while the dragon snickers at you.

Check out the game in action in this gif-filled article by Charlie Theel. 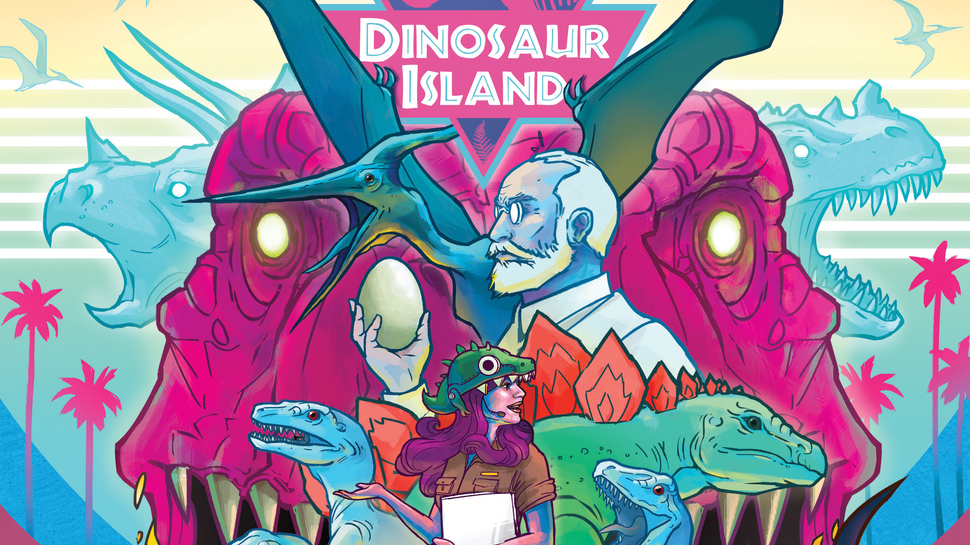 If you’ve got older kids at home, you’re going to want to check out Dinosaur Island. Inside this massive neon box is a game that let’s you build your own dinosaur theme park and hopefully prevent your guests from the natural consequences of a venture like this. It “easily stomped its way onto [G&S contributor Jessica Fisher’s] top ten games to play list”. This is the most complex game on the list, so it’s best suited for kids in the middle school and up range. On the plus side, it won’t wear out its welcome any time soon. You can play this over and over, building different parks and exploring different strategies. 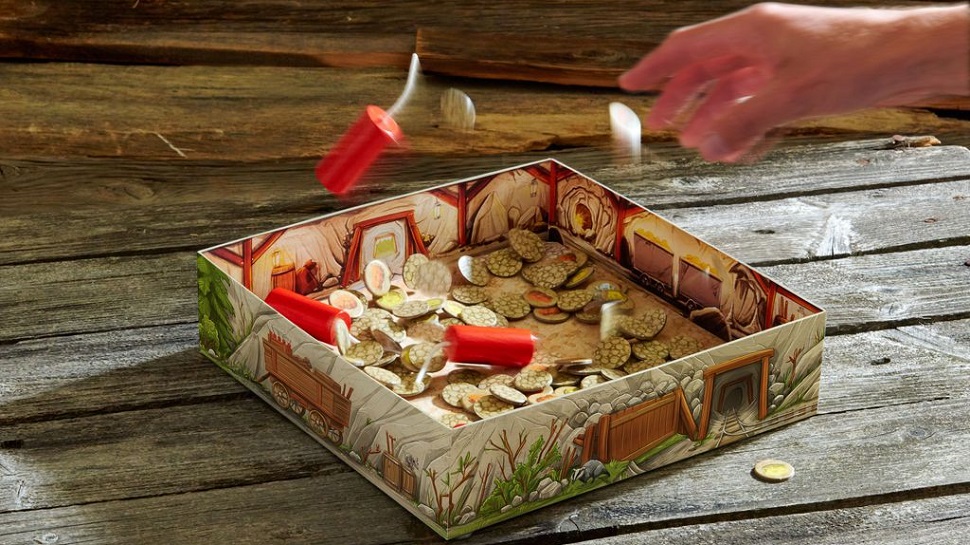 HABA again? You betcha. Few game companies have carved out a niche as strong as theirs, and their catalog is full of games that have a strong table presence and are easy to play with little ones. Boom, Bang, Gold is a game of mining for gold. With dynamite. Players toss big honking’ wooden sticks of dynamite into a box cleverly designed to act as the playing area. Tokens flip randomly following this “explosion”, and you’ll have to try to snatch gold faster than your friends.

Learn why we love the sound of dynamite going boom in this game! 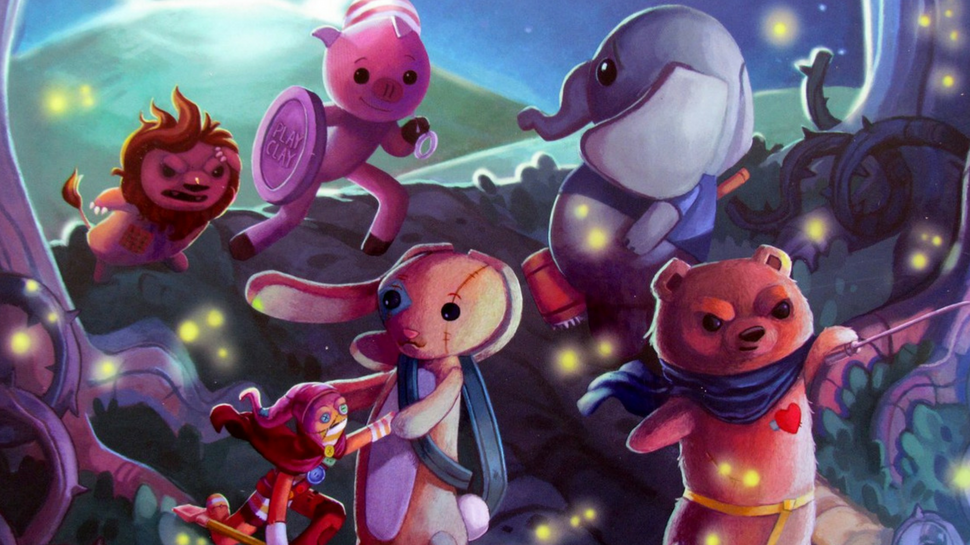 Another great game for older kids is Stuffed Fables. Published by Plaid Hat Games, this is the story of a young girl and the stuffed animals that protect her. Stuffed Fables is a story driven campaign game. You and your family will work together to save the little girl from the Monsters Under the Bed. Each night they venture into the realm under the bed to find out what’s going on and keep the nightmares at bay. It has some slightly scary moments, so it isn’t appropriate for all kids but it’s a wonderful story. Each adventure even ends with some discussion questions parents can use to prompt a conversation with their kids!

Find out why I loved it in my full overview. 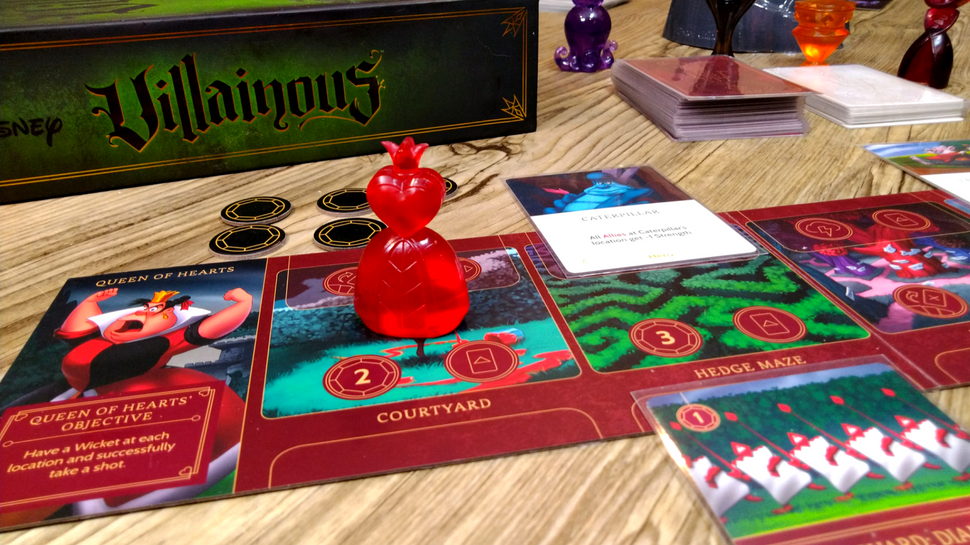 “Villainous is a game that sticks with you. It’s a deeply immersive and thematic experience,” wrote Teri Litorco. I haven’t even played the game yet – it comes out on August 1 – however it’s already stuck with me. I’ve read her article and watched Becca Scott’s How To Play and I can’t wait to get my claws on this one. Villainous is a game that allows you to jump into the shoes of classic Disney villains and imagine what would have happened if they won. Sometimes it feels good to be bad.

What are your favorite family games? Let us know in the comments!