We love a big superhero crossover, eh? The biggest box office hit of all time is testament to that. And while the U.S. has only gotten into this game in the past 10 years, Japan is way ahead. For decades now, they’ve given fans huge events where classic and contemporary heroes and villains clash in epic feature-length proportions.  Kamen Rider, one of Japan’s most popular and long-running tokusatsu (Japanese live action special effects/genre) shows, features team-ups with past Riders on a regular basis; none however are as big and potentially Earth-shattering as Kamen Rider Heisei Generations Forever.

And speaking of epic team-ups, Shout! Factory TV and Team Kamen Rider are teaming up with Nerdist for a live panel and U.S. premiere screening of Kamen Rider Heisei Generations Forever. Take a look!

The movie features a team up of all 20 Heisei Era Riders. (For those not steeped in such things, the Heisei Era corresponds to the reign of Emperor Akihito from January 8, 1989 until his abdication on April 30 2019. Currently, Japan is in the Reiwa Era.) Kamen Rider is a long-running superhero series featuring a motorcycle-riding, insect-themed hero taking on all manner of nasty evil monsters. The original run, consisting of nine distinct series, ran from 1971 to 1989. In 2000, Kamen Rider Kuuga premiered, ushering in the Heisei Era which continued apace ever since.

Nerdist is incredibly proud to welcome Team Kamen Rider and Shout Factory TV to Nerdist House 2020. This will be our virtual series of panels and discussions broadcast live over the internet. July 11 is the big day, as you may have already seen on TokuSHOUTsu, Shout! Factory TV’s new streaming channel devoted entirely to Japanese tokusatsu. Since its launch in March, TokuSHOUTsu has given fans 24/7 entertainment with shows like our favorite Rider, Super Sentai, and Ultraman. 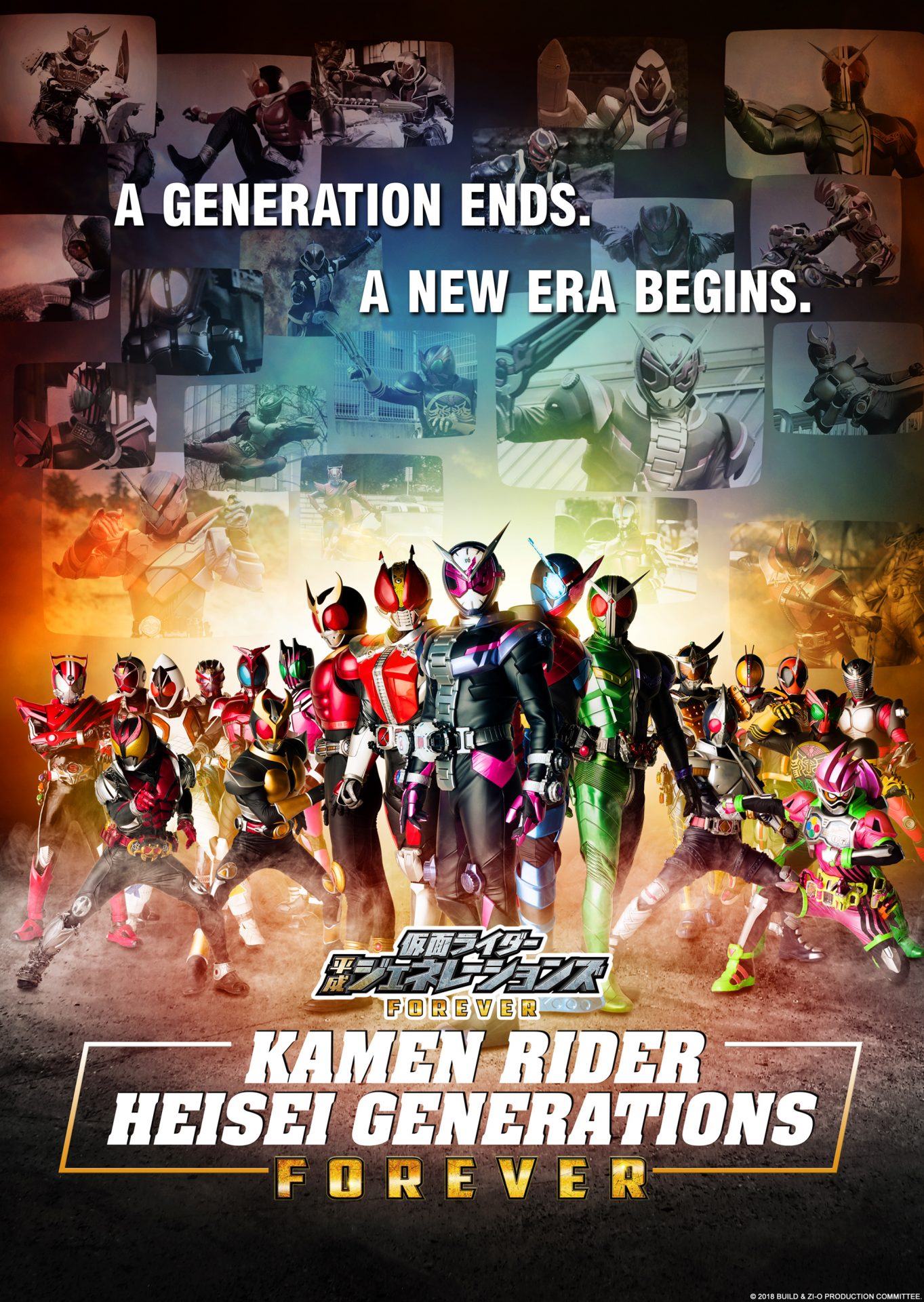 Final details are still in process, but I’m delighted to announce I will moderate the panel on July 11 and introduce the screening along with members of Team Kamen Rider, Tokunation, and Tokusatsu Network. I’m revved up to get to share the joys of tokusatsu—which I’ve been mainlining for months now—with all of you! If you’ve never watched, this is a perfect chance to find out what you’re missing. And Kamen Rider Heisei Generations Forever will not stream anywhere else until the end of the summer, so if you want to catch it sooner rather than later, you’ll have to check out Nerdist House!

Team Kamen Rider will also be doing a digital event called “Heisei Week” with livestreams every day from July 6-11, on every Kamen Rider in the film. Head to the Team Kamen Rider website for more info and exclusive new merchandise for sale.

We’re excited to bring the excitement of Kamen Rider to you! Mark your calendars for July 11, 2020, and get ready to transform your life.