JURASSIC PARK Pinball Machine Takes You on a Prehistoric Adventure

Archaeologists have yet to find any evidence dinosaurs had their own arcades. Probably because the T.Rexes got upset that they couldn’t play with their little arms. But Stern Pinball is now bringing Steven Spielberg’s big screen classic to mankind’s own gaming rooms. The company calls its newest game “a pinball adventure 65 million years in the making.” Welcome to the new Jurassic Park Pin.

Avoid killer prehistoric monsters, make it home safely, and rack up points with Stern’s newest machine. Jurassic Park Pin lets players explore Isla Nublar one shiny metal ball at a time. And in true franchise fashion, the bio-engineered attractions are on the loose. All while the island’s volcano is erupting, like in Jurassic World: Fallen Kingdom. You’ll need to avoid going on tilt if you hope to accomplish all your goals in this pinball game. Players will have to “rescue park staff, evacuate and recapture dinosaurs, and escape before it’s too late.”

The game, which comes in a cabinet featuring “high definition, hand-drawn artwork,” also looks like the park come to life. From the game’s official description:

“Jurassic Park Pin brings to life the most fearsome predator ever to walk the earth with an interactive, custom sculpted T. rex. Players will battle against the Spinosaurus by bashing a captive ball and corral Raptors in their enclosed pen with precision shooting. Fast flowing metal ramps, lightning quick spinners, and kinetically satisfying physical drop targets will provide players with an adrenalized game experience packed with unmatched action and fun. The all-LED playfield lighting provides dazzling light shows in sync with the iconic Jurassic Park theme music to create an immersive pinball experience.” 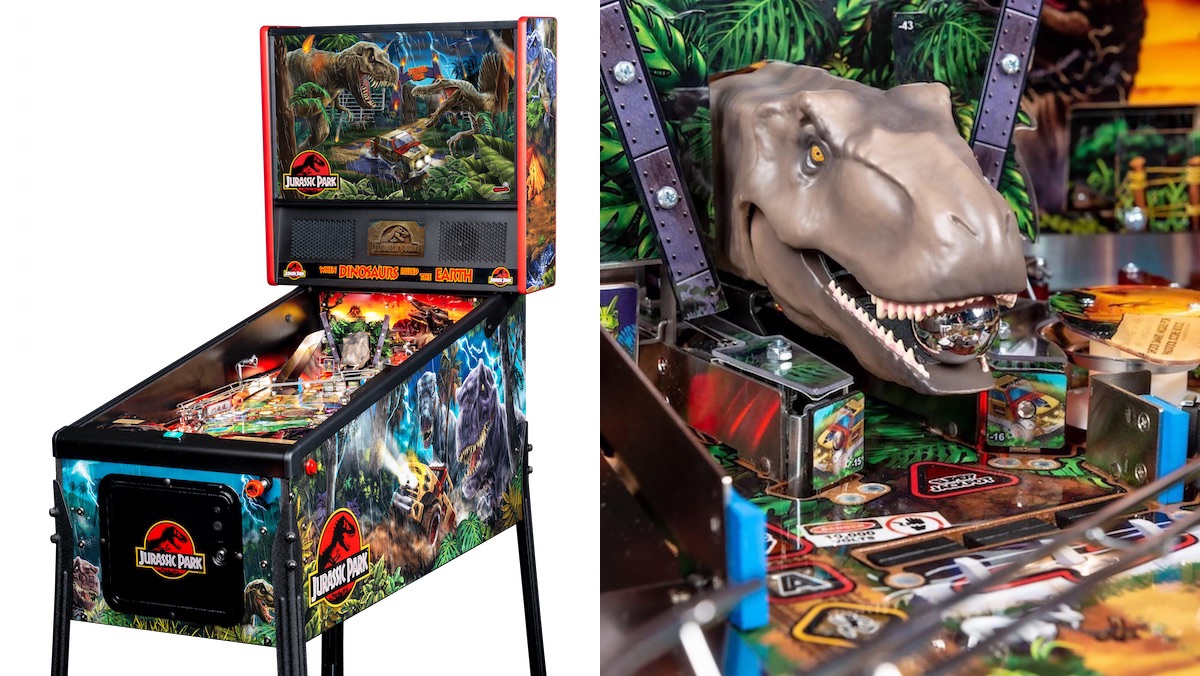 Obviously, Stern has spared no expense with its Jurassic Park Pin. And you’ll have to dig deep into your wallet too if you want one in your home or arcade. This machine comes with a price tag of $4,599. But unlike an actual visit to the park, at least you don’t have to worry about a dinosaur eating you. This machine only eats quarters.