Joy Division‘s “Love Will Tear Us Apart” was first released in 1980. And 40 years later it still totally rocks, as the song remains a defining classic of the band and its late lead singer Ian Curtis. That’s why even after four decades it’s still inspiring young musicians. And we do mean young. Although in this case technically we’re just speaking about one super talented child musician.

Because this ten-year-old prodigy gave an amazing performance of the song by playing every instrument herself.

Nandi Bushell, a phenom with so much talent and stage presence it defies belief, recorded an incredible, solo rendition of Joy Division’s iconic hit (which we first came across at Boing Boing). The young artist recorded all the parts herself, including the vocals, keyboard, guitar, and drums. Every time she recorded a new section she saved it and looped it back. That let her build the track layer by layer. The end result is something special.

This video truly goes from cool to goosebump-inducing when the drums kick in, as Nandi—after some glorious drum stick twirling showboating—drops the beat and kicks the song into high gear. 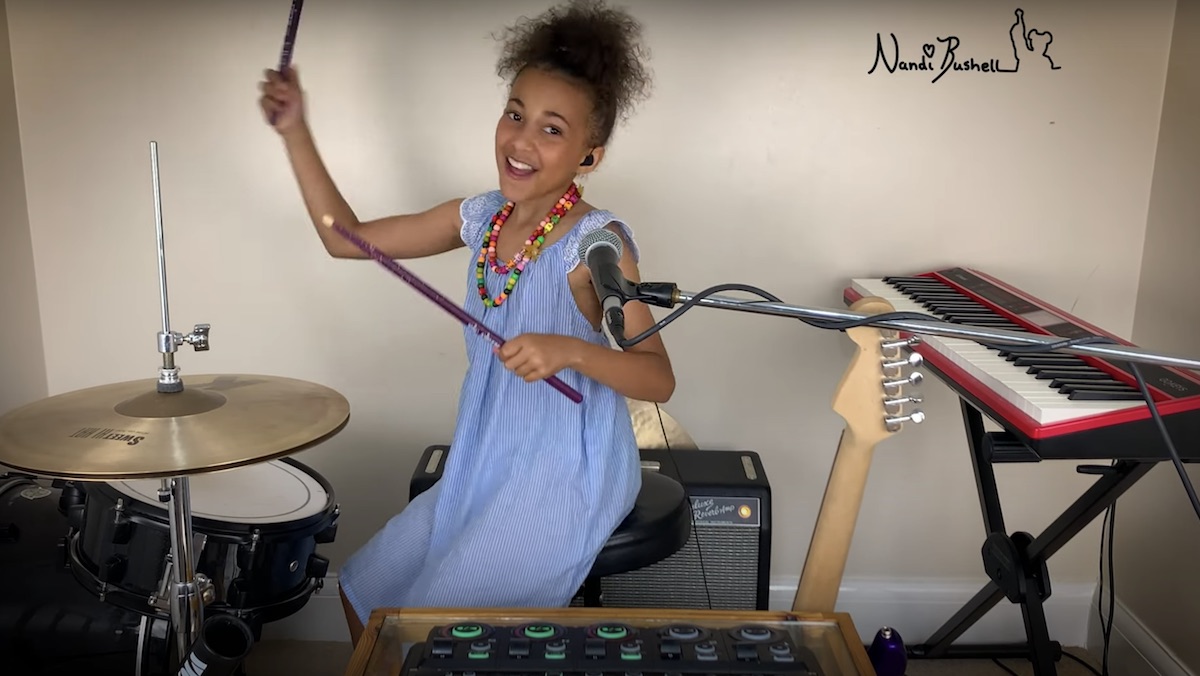 I’m not sure I was good at anything at ten. Meanwhile she plays all the instruments. Heck, I still can’t play any instruments.

Also, I definitely couldn’t/can’t count any famous musicians among my admirers.

Somehow Tom Morello gifting her with a signature Fender Stratocaster isn’t even the coolest celebrity encounter she has had.

I hope she lets Lenny Kravitz open for her someday. That’s not even really a joke.

Nandi’s YouTube page is loaded with her rocking out, all with more charisma than most band’s have put together. She is destined for even more greatness.

Yes, of course she plays the bass too.

Forget just killing “Love Will Tear Us Apart.” This young lady can tear up any song.