by Dan Casey
Update, 11/14/2018:On Tuesday, we learned Pedro Pascal has reportedly been cast as the lead inÂ The Mandalorian, which means he’ll be playing the Mando.Â And now, The Hollywood Reporter is saying Gina Carano (Deadpool) has been cast in the series, though no details about her role are available yet. Lucasfilm has yet to comment on either of these casting reports.Update, 10/14/2018:Thanks to Jon Favreau’s Instagram, we have a look at two familiar props from the set of the show. The first, only tangentially connected to Mandalorians previously in that it was seen at Cloud City, is the ice cream maker that turned a fleeing extra into cult character Willrow Hood, who eventually got his own toy:

The second is a Mandalorian rifle that dates back to the very first appearance of Boba Fett in the Star Wars Holiday Special animated segment. Looks like it wasn’t just a custom weapon for him, but a common one associated with folks who wear the armor. It appears this may be the one worn on the lead character’s back.

Original Post BelowThat’s no moon…it’s brand new details about Jon Favreau’s hotly anticipatedÂ Star Wars TV show for Disney’s forthcoming streaming service. On Wednesday, Favreau took to Instagram to reveal the title of hisÂ Star WarsÂ series and additional details about its main character and setting. Confirming details he exclusively told Nerdist on theÂ Solo: A Star Wars StoryÂ red carpet, as well as rumors about the show’s setting, Favreau announced that his show will be calledÂ The Mandalorian,Â and will follow the exploits of a warrior in the tradition of jetpack-clad bounty hunters like Boba Fett and Jango Fett. Except unlike those two, who aren’t Mandalorian at all, this “lone gunslinger” hopefully won’t be so easily decapitated or knocked into a Sarlacc pit by a flailing blind man.

Set between the fall of the Galactic Empire and the formation of the First Order,Â The MandalorianÂ will take place in the largely nebulous time period between the Original Trilogy and the Sequel Trilogy.Â Favreau will write and executive produce the live-action series for Disney’s streaming service, which will feature multipleÂ Star Wars projects, live-action Marvel series (rumored to center on characters like Scarlet Witch and Loki), and other original movies.Â This mostly uncharted territory inÂ Star Wars lore has been increasingly filled in through ancillary content like tie-in novels and comic books, but this TV series will take viewers to a part of the galaxy we have rarely seen before on-screen.[brightcove video_id=”5823623631001″ brightcove_account_id=”3653334524001″ brightcove_player_id=â€œrJs2ZD8xâ€]Favreau’s promise to “follow the travails of a lone gunfighter in the outer reaches of the galaxy far from the authority of the New Republic” sounds as though it could be a gritty, hard-boiled successor to projects likeÂ Star WarsÂ UnderworldÂ andÂ Star Wars: 1313Â that promised a look at the seedy underbelly of the galaxy far, far away, but never got off the ground. Although Favreau’s Instagram post mentions both Boba Fett and Jango Fett, it bears mentioning that they weren’t Mandalorian themselves; they merely wore Mandalorian armor.Perhaps the lead character in this series will follow in their footsteps and wear the uniform of a people to whom he bears no relation or maybe they will be a member of the oft-besieged warrior people. If the rumors about Pedro Pascal playing the lead role in this series turn out to be true, then I’ll be champing at the bit for the first glimpse of this series like so many Sarlaccs at an all-you-can-eat Boba buffet.Merely a day after producer Jon Favreau announced his Star Wars live-action series would be The Mandalorian, Lucasfilm announced the show’s directors will be a who’s who of supremely talented people.From a starwars.com update, we’ve learned the first episode, written by Favreau, will be directed by Clone Wars and Rebels executive producer Dave Filoni. Other directors slated for the series include Thor: Ragnarok‘s Taika Waititi, actress and director Bryce Dallas Howard, Dope‘s Rick Famuyiwa, and Jessica Jones‘s Deborah Chow. It will be executive produced by Favreau, Filoni, Kathleen Kennedy, and Colin Wilson. Karen Gilchrist will serve as co-executive producer. 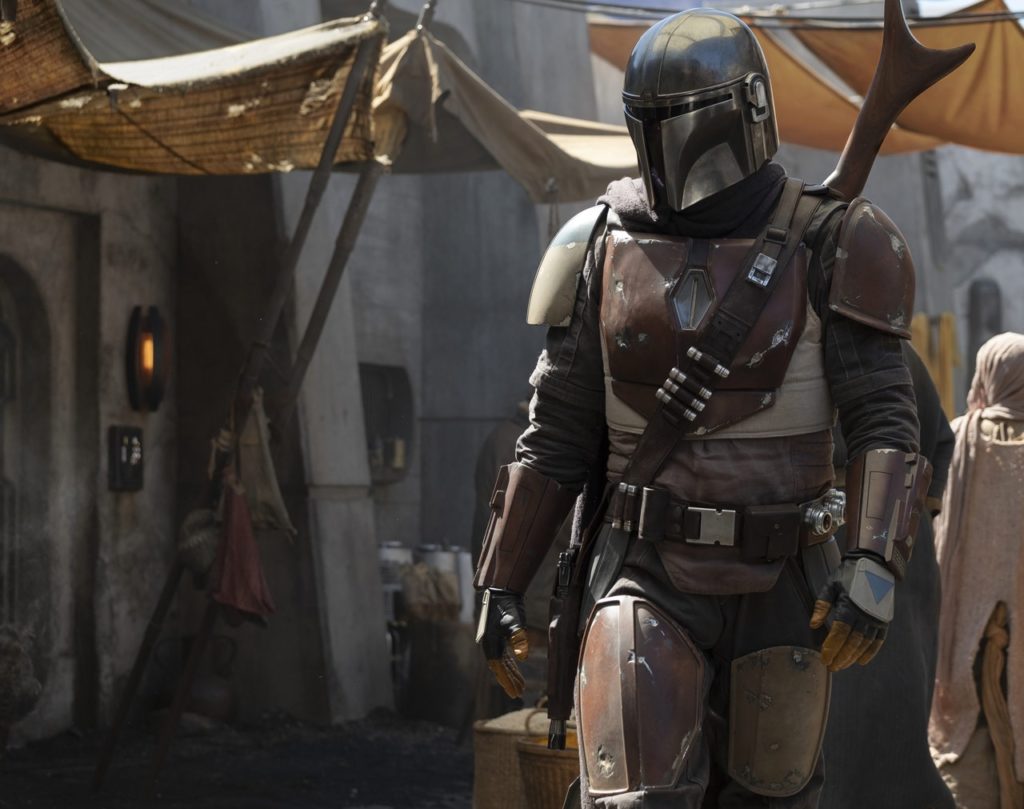 In addition to the news, and the above super dope image, the post also says the series will follow “the travails of a lone gunfighter in the outer reaches of the galaxy far from the authority of the New Republic.”Definitely a great development, and finally women are directing live-action Star Wars. Even though we’ve only known about the show for a day, we’re at peak excitement.What do you think of this story so far? What do you want to see fromÂ The Mandalorian? Let us know in the comments below.