As much as fans have been clamoring to see Batman finally show up in Gotham‘s final episodes, they’ve also been dying to catch a glimpse of the Dark Knight’s primary nemesis these past 80 years, the Joker.

In a very fitting move on April Fool’s Day, Fox released a teaser video and image showing us what their version of the Clown Prince of Crime will look like when he finally arrives. He’ll appear in the series’ final two episodes,and it looks like he’s poised to make a splash. This Joker is more disfigured and disturbing than any Joker we’ve seen on screen.  Move over Nicholson, Ledger, and Leto, because Gotham‘s Joker might just take the cake when it comes to being the most nightmare inducing rogue.

This Joker takes inspiration from the comics, even if he looks different from what we’re used to viewing on screen.  Dark Knight Returns gave us an old and bitter Joker. This version may draw some inspiration from that iteration, but it reminds us of the truly old version of Mister J, hooked up to an oxygen tank and losing his hair. This take on the Joker, called “J” in the series, appeared in alternate future stories in comics such as Batman Beyond and Justice Society of America. 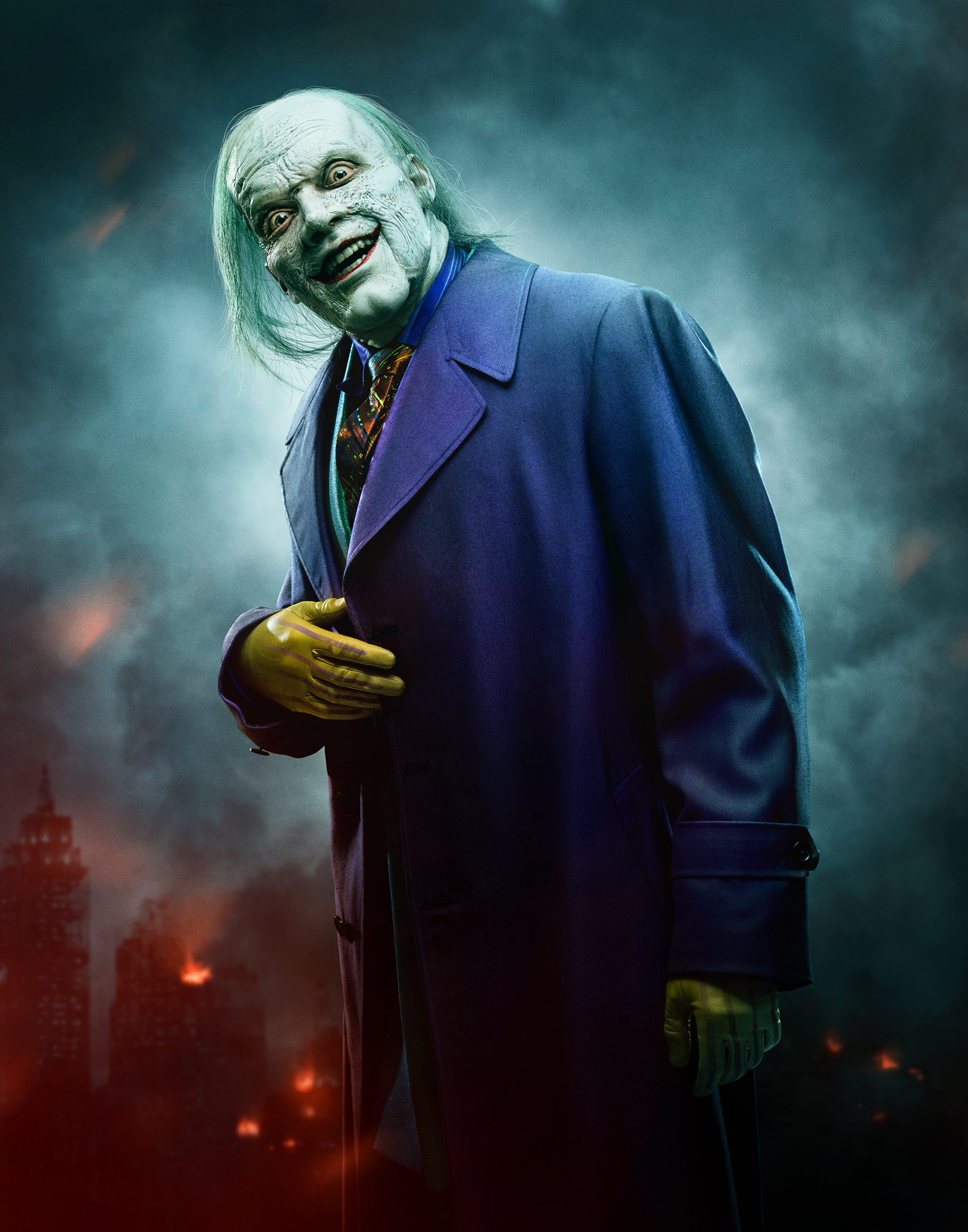 The series teased Cameron Monaghan’s Jerome-then-Jeremiah Valeska as the Harlequin of Hate for multiple seasons, but they’ve only recently made it official. This sneak peek shows a Joker unlike other hints we’ve seen on the show. In fact, it’s far more scary than anything we’ve seen on the series before. It looks like Gotham is going to go out with a bang, and finally deliver the live-action Batman vs. Joker conflict that has thus far been reserved for the silver screen.