Writer-director John Waters is a national treasure. But many reading this probably only know him as the creator of Hairspray, the successful Broadway musical. Or from his hilarious talk show appearances. But Waters’ subversive films from the 1970s changed American popular culture, even if you weren’t aware of it. The funny part is, Waters’ old movies didn’t just cross the line of good taste. They catapulted over it.

In his latest video essay, LGBTQ historian and YouTuber Matt Baume discusses the origins of John Waters’ so-called “Trash Trinity,”—Pink Flamingos (1972), Female Trouble (1974), and Desperate Living (1977).  And he details how these subversive, filthy comedies influenced everything from animated Disney musicals, to episodes of long-running TV series.

As the video explained, John Waters’ oeuvre propelled queer characters as heroes and not victims. Something totally unheard of at the time. And his hilarious films influenced pop culture in lots of other ways too. The look and demeanor of drag queen Divine in Waters’ films was the template for the character of Ursula in The Little Mermaid. And Waters’ mainstreaming of gay camp sensibilities wound up getting an entire episode of The Simpsons devoted to it. One in which Waters voiced a character very much like himself. 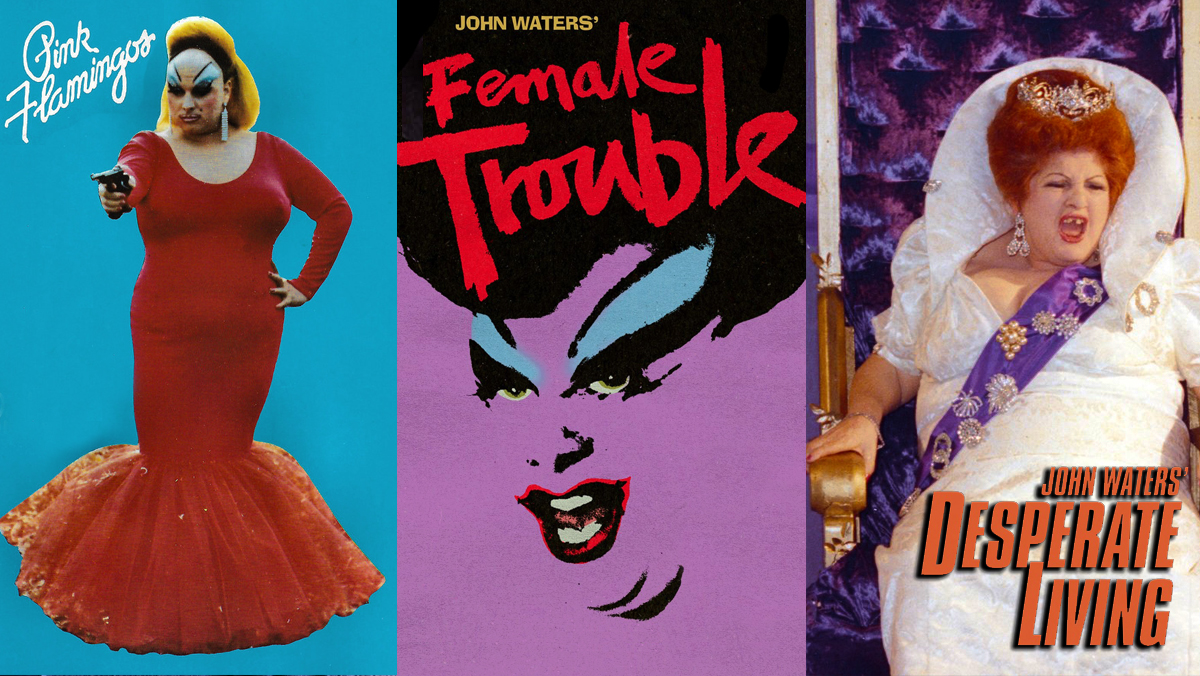 Although nearing fifty years of age, those John Waters films from the ’70s are still as shocking today as they were back then. Heck, maybe even more so, in our far more uptight era. Waters and his “Dreamland” family of actors like Divine, Mink Stole, and Edith Massey loved to shock audiences. And they probably violated several health code laws in the process. But it was all in the name of getting a good laugh. John Waters’ films remain incredibly quotable today, decades after helping to create the concept of “midnight movies.” Hopefully, Baume’s video helps to introduce them to a whole new generation.