Standing tall among the great pioneers of musical theater—your Stephens Sondheim, your Bobs Fosse, and your Andrews Lloyd Weber—is none other than John Mulaney, a bona fide icon of the trade thanks to his work on the likes of Documentary Now‘s “Co-Op” episode and Saturday Night Live‘s “Diner Lobster” sketch. Mulaney’s latest feat of musical prowess is none other than a Netflix special—scratch that; a Netflix Christmas special—one more try: a children’s Netflix Christmas special titled John Mulaney and the Sack Lunch Bunch.

The project, which hits the streaming service on December 24, will feature Mulaney and a troupe of talented children performing comedy sketches and musical peformances, though the exact nature of which remains thus far undisclosed. Our first hint at what’s in store comes in the form of the below new trailer, itself a send-up of the aforementioned Bob Fosse’s All That Jazz. In the trailer, a Fosse-lite Mulaney adopts the position of stage director overseeing auditions and giving his team of prospective dancing tots some merciless notes.

Rest assured, Mulaney won’t be the only familiar face (nor the only star old enough to vote) on the special. The comedian will be joined by the likes of Broadway veterans Andre De Shields, Annaleigh Ashford, and Shereen Pimentel, film and television favorites Jake Gyllenhaal, Natasha Lyonne, and Richard Kind, and even the Talking Heads’ own David Byrne.

This medley of talent, and the ostensible family-friendly vibe that John Mulaney and the Sack Lunch Bunch is so far exuding, suggests that there’ll be something for everyone in the special. And given that it hits the web on Christmas Eve, it might be just the thing that can bring your family together for an hour of peaceful, albeit no doubt a bit kooky, entertainment. 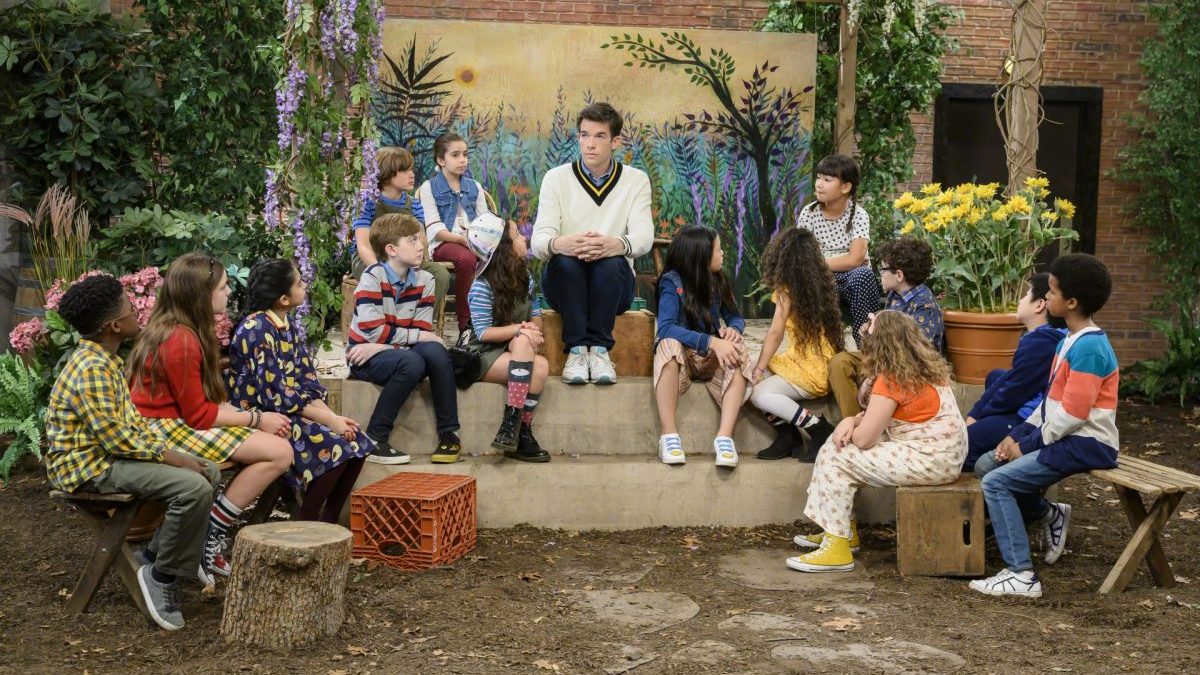 As Mulaney has expertly parodied the works of Sondheim (Documentary Now!‘s “Co-Op,” which he co-wrote with friend and former SNL colleague Seth Meyers) and the iconic Broadway musical Les Miserables (“Diner Lobster”), it stands to reason that we might see a few more musical theater send-ups in the forthcoming special. So what corner of the genre might Mulaney tackle next: Rodgers and Hammerstein? Gilbert and Sullivan? A Cats parody would be especially timely, given the release of what promises to be the greatest and most culturally significant musical feature film since The Wizard of Oz, but we’re not getting our hopes up. In the name of Netflix cross-promotion, we’ll even settle for Mulaney’s take on Adam Driver’s take on Larry Kert’s rendition of Stephen Sondheim’s “Being Alive.”

John Mulaney and the Sack Lunch Bunch is co-written by Mulaney and Marika Sawyer, who has worked on almost 150 episodes of Saturday Night Live, and is directed by Rhys Thomas, who has served as director and producer on series including SNL and Documentary Now!.