John Carpenter is practically his own genre at this point. His takes on horror, sci-fi, and action were unique at the time, but with 20 to 40 years of hindsight, new filmmakers are aping his style, tone, and aesthetic left and right. Any horror movie you’ve seen recently with a warbly synth score has a debt to pay to John Carpenter. But it’s been awhile since Carpenter had a major film of his own. His last hit movie was 1998’s Vampires, which opened at #1 at the box office. After 21 years, it still feels like Carpenter, but definitely shows its age in some very particular ways.

I as 14 when Vampires came out and I remember the commercials vividly, but I didn’t see R-rated movies until I was age appropriate, so it wasn’t until I was in college that I first saw the movie. A confessed gore-hound in those days, I remember loving the prosthetic carnage of KNB Effects; in the opening vampire attack, one vamp gets a wooden stake through the forehead. When the movie’s main baddie lays waste to the reveling hunters, he slices one in half with his hands. Pretty awesome if you like that sort of thing. The movie also, obviously, takes its cues from classic Western iconography, which gives it a vibe that spoke to me in the mid-2000s.

But here’s the thing: while I still love the basic set-up and lore and the sun-scorched desert visuals, its attitude and the characters’ actions feel less “edgy” today than they feel backwards and problematic.

For those who haven’t seen, John Carpenter’s Vampires follows a group of vampire hunters in the American Southwest. Their leader is Jack Crow (James Woods), the Vatican’s number one vampire hunter. He lives his life by a very strict set of rules about what, where, and when vampire hunting should take place. His team is rough and tumble but highly funded and very effective. They spend their days hunting for master vampires and their nests, and their nights drinking heavily and partaking in drugs and debauchery. For the Lord, of course.

Carpenter wanted his titular bloodsuckers to be like rats, hiding in shadow during the day and then attacking like rabid animals at night. The movie makes it clear time and again that these aren’t people⁠—that once someone is bitten, they cease to deserve decency because soon they’ll just be another monster. As such, Jack and his cronies fire harpoons and arrows into the vamps and drag them out into the sunlight like flammable groupers. 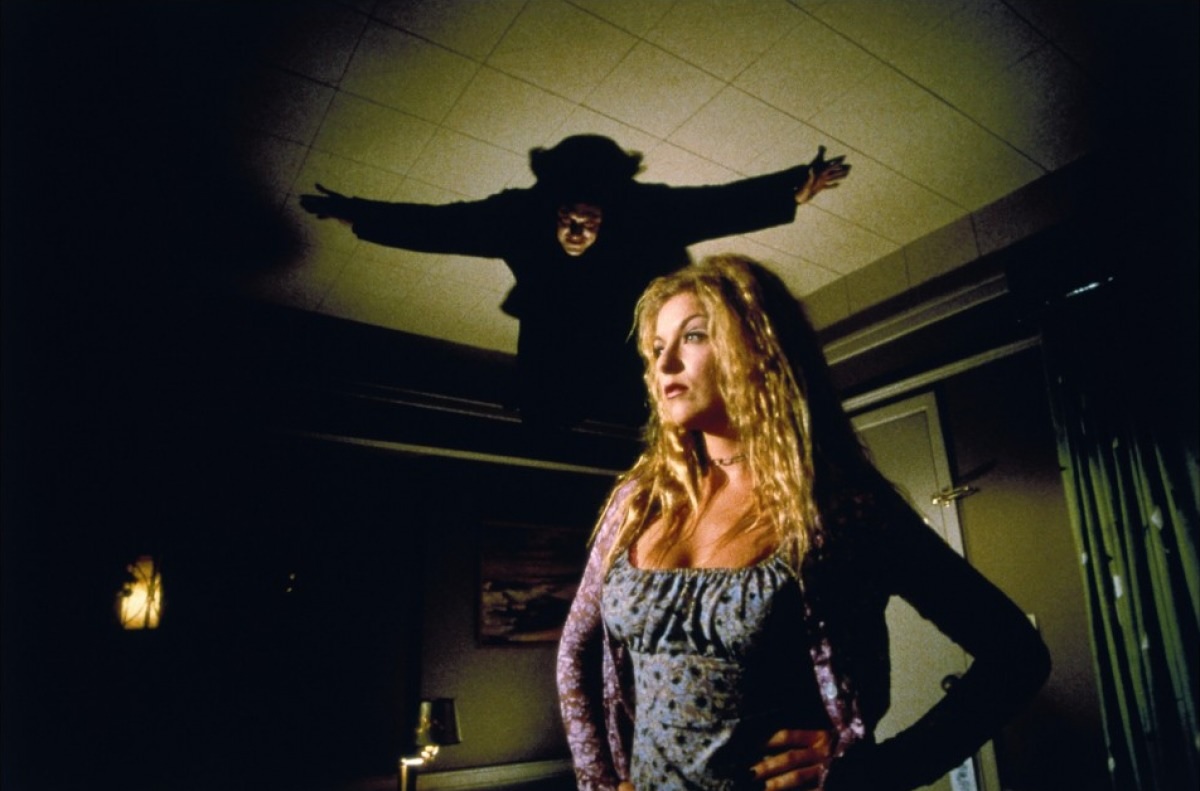 Business is good for the slayers until Valek (Thomas Ian Griffith), the very first vampire, arrives in search of a particular Christian relic that, legend has it, will allow him to walk in the daylight. He’d be unstoppable. He slaughters most of the slayers and sex workers in a particular motel one evening, leaving only Jack, Montoya (Daniel Baldwin), and a freshly bitten sex worker named Katrina (Sheryl Lee). Evidently, when a master bites someone, they’re psychically linked. So Jack thinks Katrina will be able to help them find Valek before she turns. That’s apparently all the good she is to them now. Eventually, a young priest from the Vatican, Father Adam (Tim Guinee) joins in the fight as well with all of humanity at stake. Pun. In. Tended. 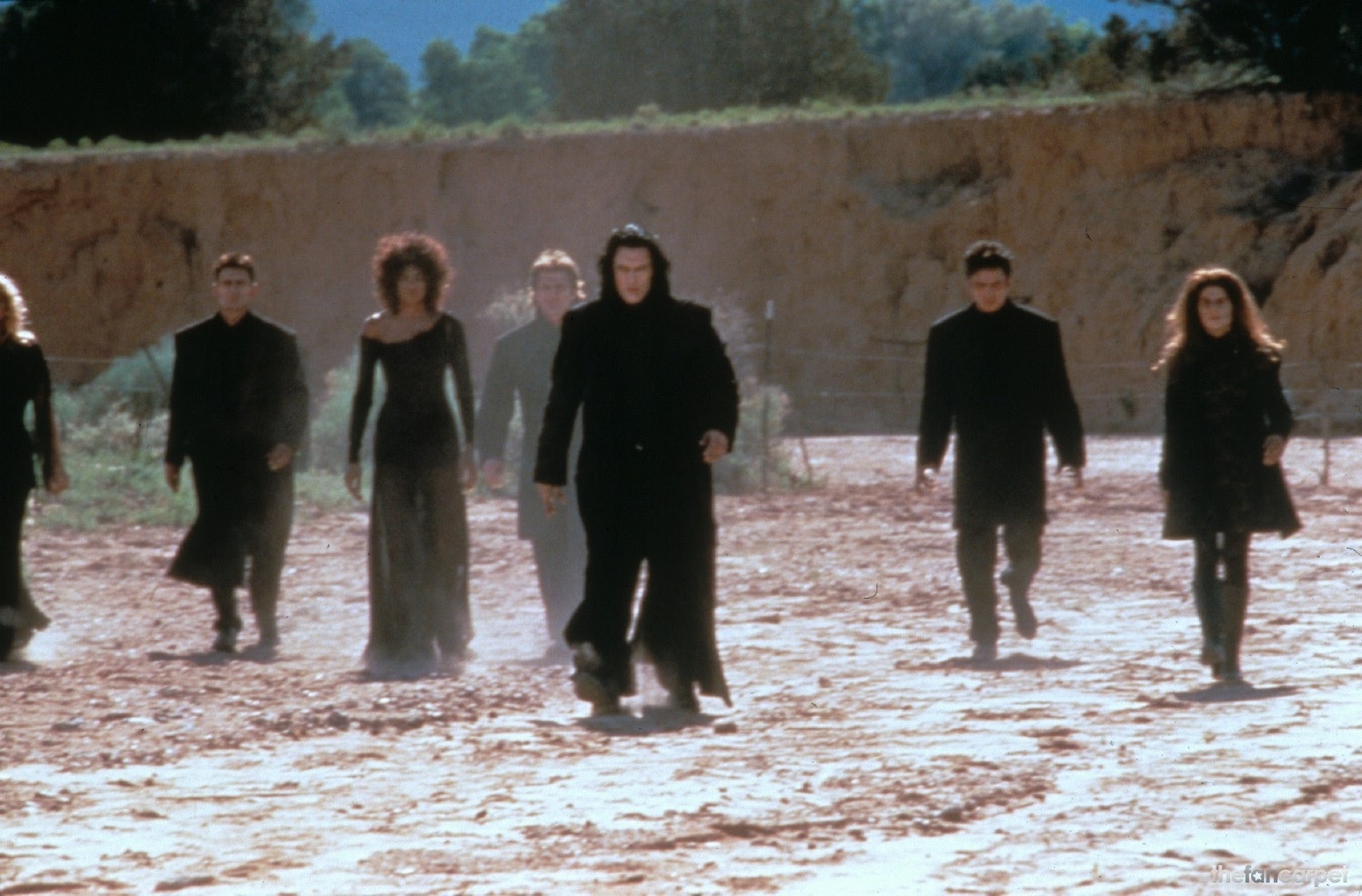 So it’s a good set-up, as I said. It looks good, and a few needless music video transitions aside (because late ’90s), the editing heightens the tension. But it’s just the attitude. A lot of Carpenter’s movies have a nihilistic and cynical edge to them. That’s his vibe! But in all cases, that vibe seems to come from the point of view of people oppressed by The Man. There’s an angry counterculture tinge to them. Snake Plissken says “F you” to authority. Nada in They Live wants to take down the evil patriarchy. Even when the more backwoods protagonists, like Jack Burton in Big Trouble in Little China, say misogynist things, the movie makes them seem like idiots.

And yet. Jack Crow is sexist, homophobic, and disdainful of everyone. He smacks around Katrina and throws her to the ground a lot in this movie; he does the same to the meek beta male Father Adam and only respects the Padre when he “mans up” by the end. Montoya eventually falls for Katrina, but he treats her like shit up until then. 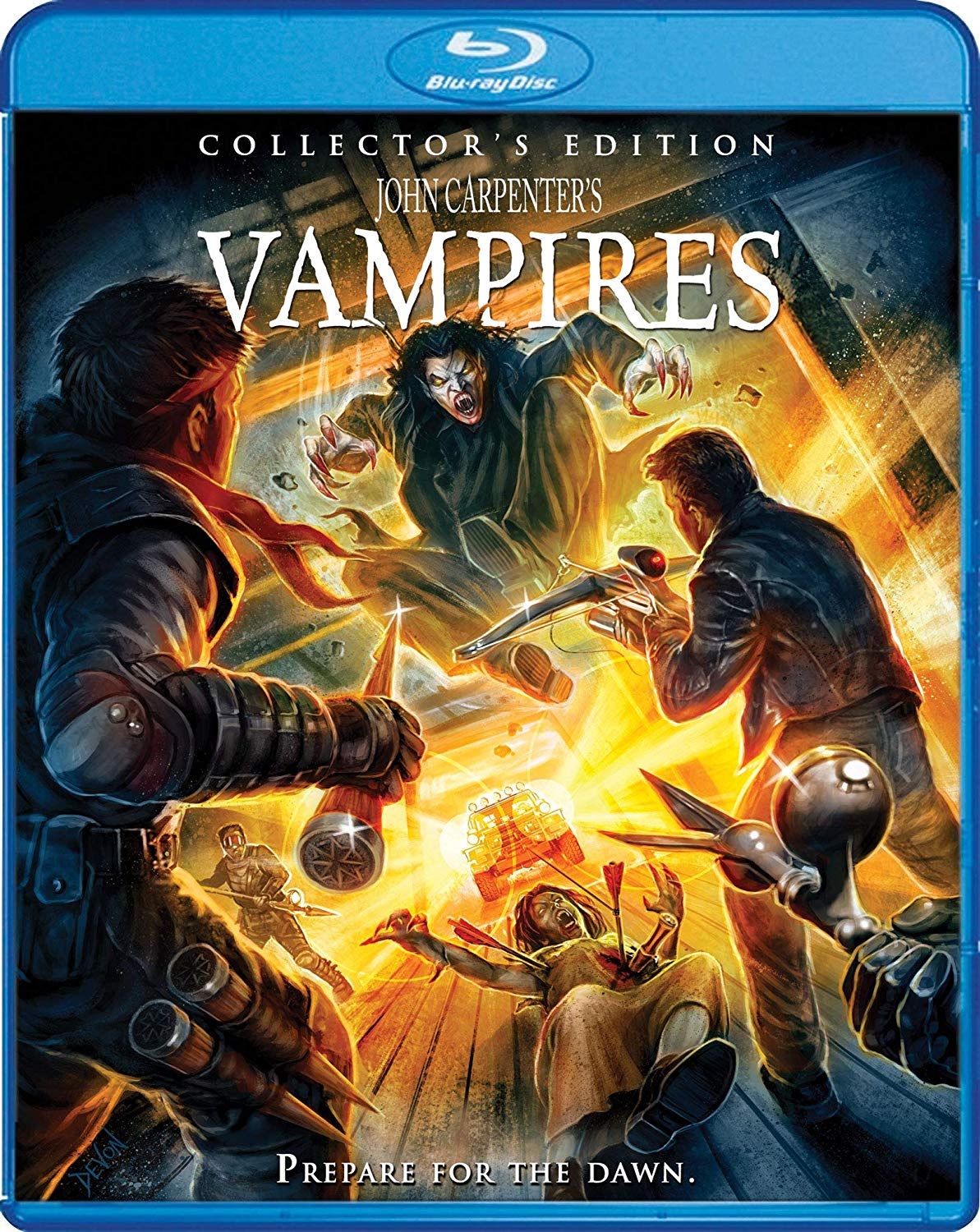 This is not to say there’s nothing enjoyable still about John Carpenter’s Vampires. The action is great; the effects are terrific; the music (by Carpenter, natch) is fantastic. The elements are all there for a holds-the-hell-up action-horror flick. But even though the movie is 21 years old, its attitude feels more akin to something much older. Still, it’s probably Carpenter’s eleventh best movie.