There are countless comics and stories that imagine humanity’s future. Will Earth be a barren wasteland with humans clawing at each other for resources and basic survival? Will humans have left Earth altogether to end up transplants on a planet far, far away? The possibilities are as expansive as the creator’s mind; however, far too many of these narratives feature overwhelmingly white and/or heteronormative worlds. Whether it’s a reflection of unconscious bias, intentional whitewashing, or a limited worldview, it’s an unrealistic and harmful notion of the future.

This is why it’s incredibly vital for agents of change like Joamette Gil to exist in the industry. The Afro-Cuban cartoonist, comic creator, editor, and owner of independent comics publisher Power & Magic Press continues to cultivate a powerful space for marginalized creators to thrive.

“My whole adolescence, I knew that storytelling through cartooning was my passion, but the road to committing was rocky and full of doubts,” Gil told Nerdist. “The universe sent me a loud message in 2010 when I became homeless and couldn’t make it to my grad school interviews; the only work I was able to find at the time was drawing and lettering comics for indie writers on DeviantArt.”

The Miami-born, Portland-based artist often draws on her emotions and experiences in both her whimsical adventures and academic projects. Those personal touches along with her lifelong love of magical girl anime, sci-fi, fantasy, and horror gives her work a formidable punch of realism and vulnerability. 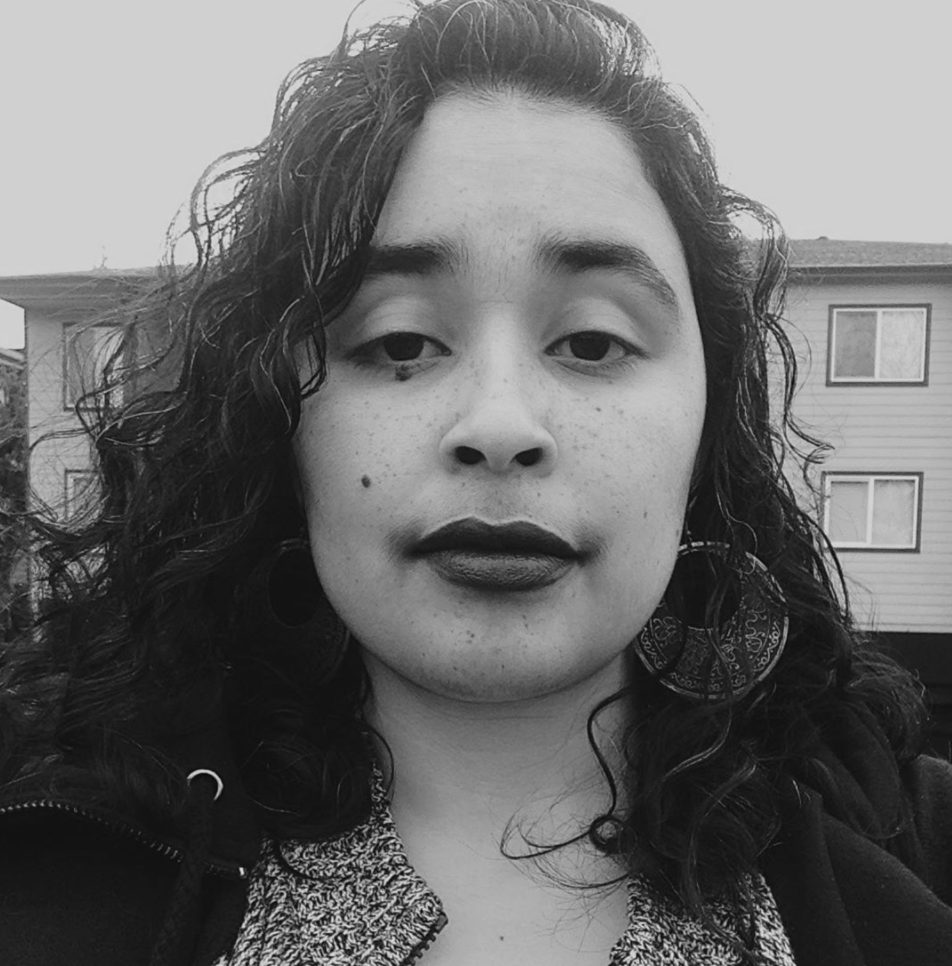 This energy carries over into Power & Magic Press. Gil created the publishing company to give marginalized independent creators empowerment and a platform in the industry. She is the captain (and the crew, basically) of this publisher ship while juggling other responsibilities. She compares this immense task to walking on a tightrope; she approaches her work with an indefatigable passion, organization, and balance.

“Currently, I’m single and live alone, and I work the equivalent of three jobs (communications and project management, lettering for many clients, and being a publisher). List-making and task-scheduling are an absolutely mandatory part of my life, and even then, it varies from week to week whether everything went right or some ball or another had to be dropped. Oh, and therapy! God bless therapists. Running the press is a Quixotic endeavor, but one that fills me with a sense of purpose that I wouldn’t trade for anything.”

Power & Magic Press is the publisher of several titles including has several titles under its belt including the Prism Award-winning Power & Magic: The Queer Witch Comics Anthology. The project features a collection of comics about queer witches of color by women, demigirls, and bigender people of color. The successful Kickstarter-funded anthology resonated deeply with original backers and new fans. 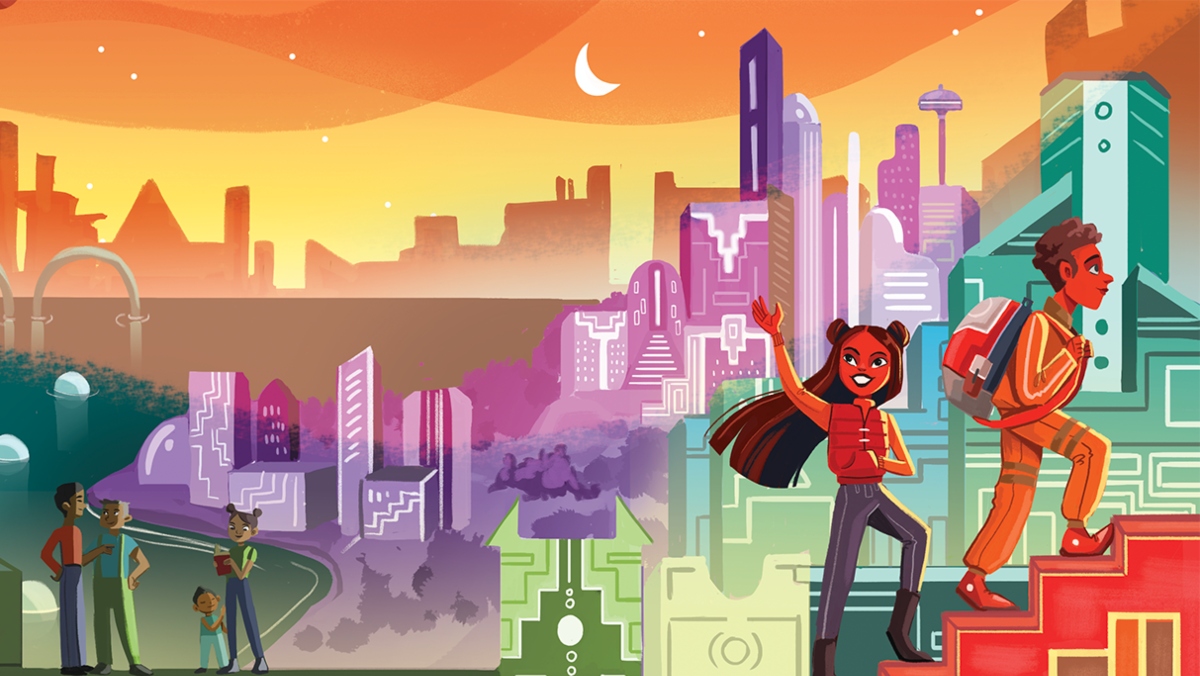 Now Gil’s company is expanding its reach with a new futuristic collection of stories. MAÑANA: Lantine Comics from the 25th Century (known simply as MAÑANA) takes place in 2490s Latin America with a range of science fiction stories about post-apocalypse life, utopias, and magical adventures. The concept quickly resonated with hundreds of people and quickly blew past its Kickstarter goal in less than three weeks.

MAÑANA features 27 stories (all in English and Spanish) by a large group of Latine creators from the U.S. and Latin America. The process for selecting stories and creators proved to be extremely difficult for several reasons. Power & Magic Press’ has lofty standards for art and stories yet Gil wanted to make sure that a wide range of countries and cultures were included.

Joamette Gil personally worked with each comic’s creative team on everything from script to lettering to help them cultivate the best version of their ideas. She speaks further about switching up the application process to make things more equitable. “We accepted writer and artist applications separately for the first time, to create room for key voices who don’t draw or didn’t have enough ties to the comics community to find a collaborator on their own,” Gil said. “From there, we narrowed the number of pitches down based on quality first, then based on subject matter (to keep things generally optimistic), and finally, based on what we genuinely wanted to read!” 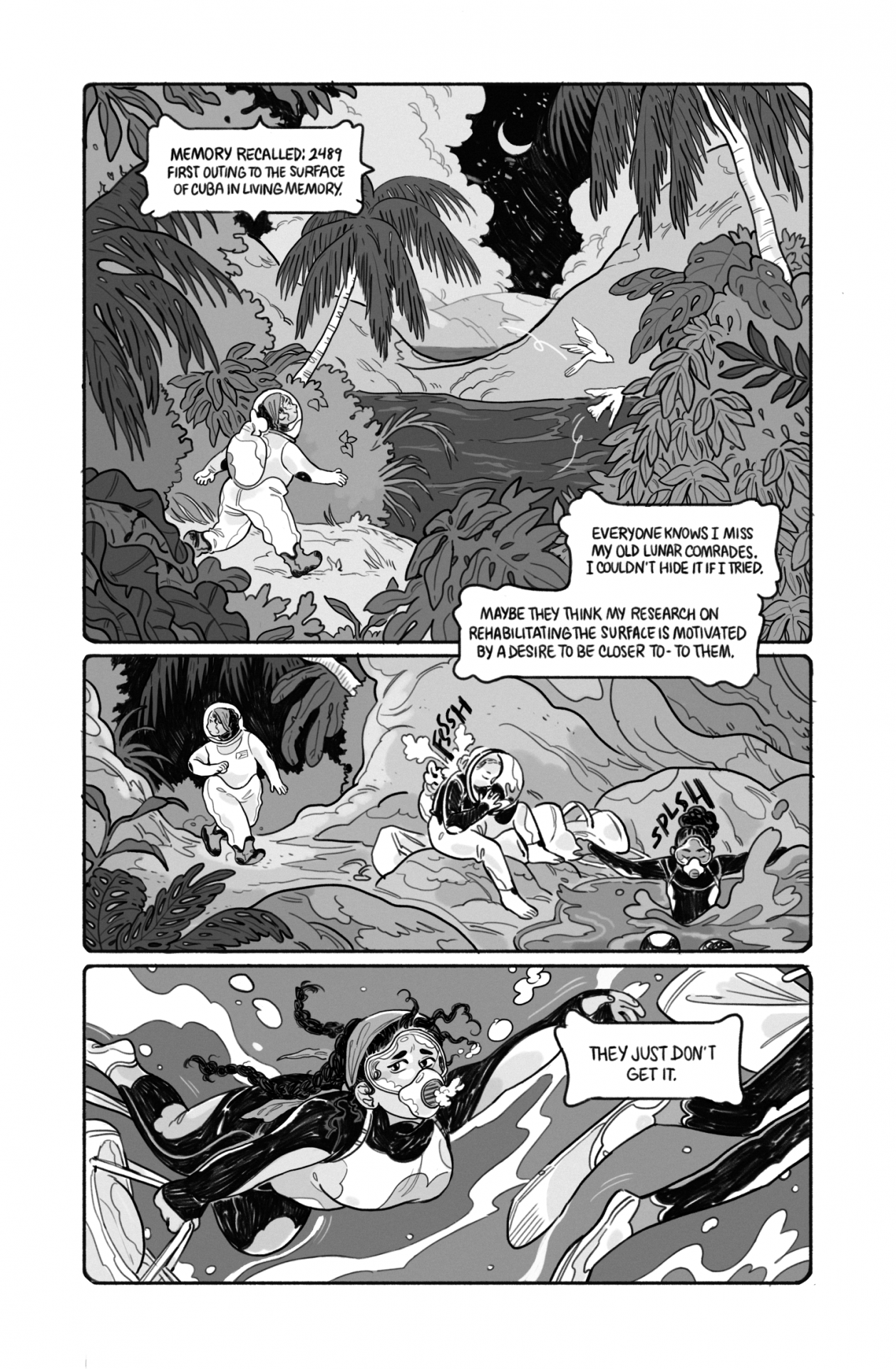 MAÑANA, due in May 2021, is Power & Magic’s first foray into sci-fi comics, but it’s not surprising considering Gil’s own passion for the genre. She explains why this project is so vital—and healing—for Latine fans.

“Science fiction, at its best, predicts humanity’s problems and presents imaginative solutions. My anxiety about U.S. violence against migrant families at the southern border had me thinking harder than usual about how it is we got here. Our greatest social ills in the US can trace their origins back to Latin America: the colonization of native land, the transatlantic slave trade, and systemic white supremacy all got their start there, going back 500 years.

Reflecting on our past and how we got here is mandatory if we are to heal our present, no matter where we live. Simultaneously, the work can leave many feeling hopeless, painting the future as a blank space in their minds. MAÑANA takes the beauty and richness of Latin America and moves it forward 1,000 years from the birth date of our current struggles, as a reminder that history is long and that its arc is ours to determine.” 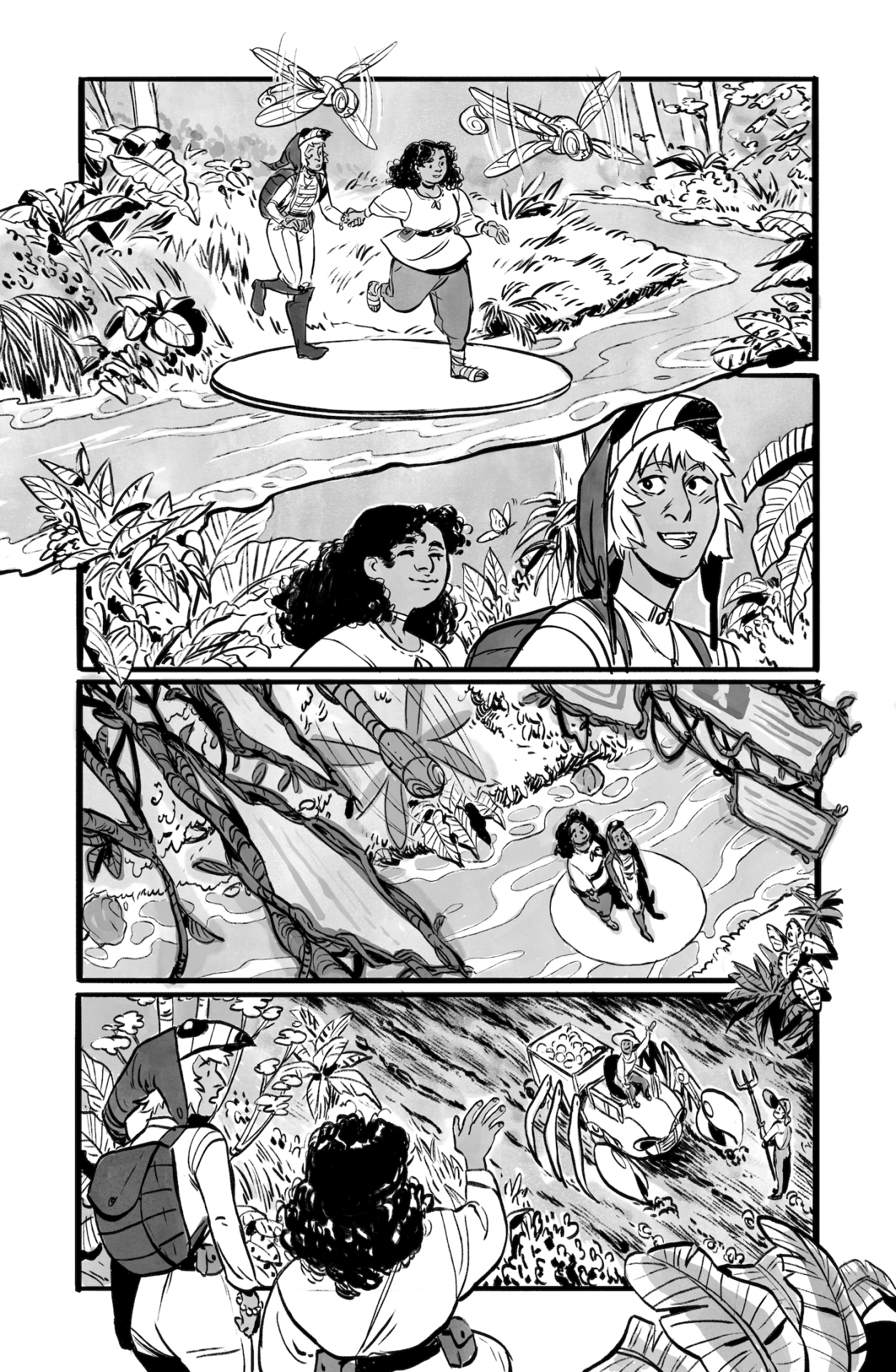 Joamette Gil is doing what many creatives dream of: creating profitable opportunities for others in the comic industry. She encourages anyone who wants to follow a similar path to cultivate authentic connections. Those relationships should be with people who are standing for representation and other key industry issues.

Gil reveals that she wasn’t a “popular comics creator” when she launched her first Kickstarter a few years ago. She says its success was because of fellow creators’ support and a project that resonated with women of color. According to her, this collective band of support is what’s changing the industry in many ways.

“Slowly but surely, we’re seeing more and more faces that look like ours in gatekeeping positions at large companies with life-altering budgets, but even that is happening because of demands made collectively and support given collectively. The short version: we need to staff the gates with our own, or stand on each other’s shoulders to clear the fence.”

Right now, Joamette’s primary focus is getting MAÑANA into the hands of consumers. She hopes the anthology will give people some semblance of joy right now. “If the only takeaway someone has from this book is, ‘Huh, never pictured our people in the future before…,’ I’ll be satisfied,” she affirmed. “The number of people who’ve expressed as much to me already is bittersweet in how it confirms that our imaginations have been trapped by this horrid moment. I don’t blame anyone who can’t see a way forward right now, so my biggest hope is to spark some light.”

Joamette Gil is herself a bright light with a space for stories where diverse characters can not only survive, but thrive.