Jenga is hard enough when you play it normally. After just a few rounds things get pretty nerve-wracking, as you gently try removing one piece to place it on top of a shaky building. But a select group of patient, steady-handed people have found a way to dramatically increase both the challenge and the tension of playing with those blocks. And they keep upping the ante. The Guinness World Record for constructing a tower that rest entirely on one vertical Jenga piece has been broken again. 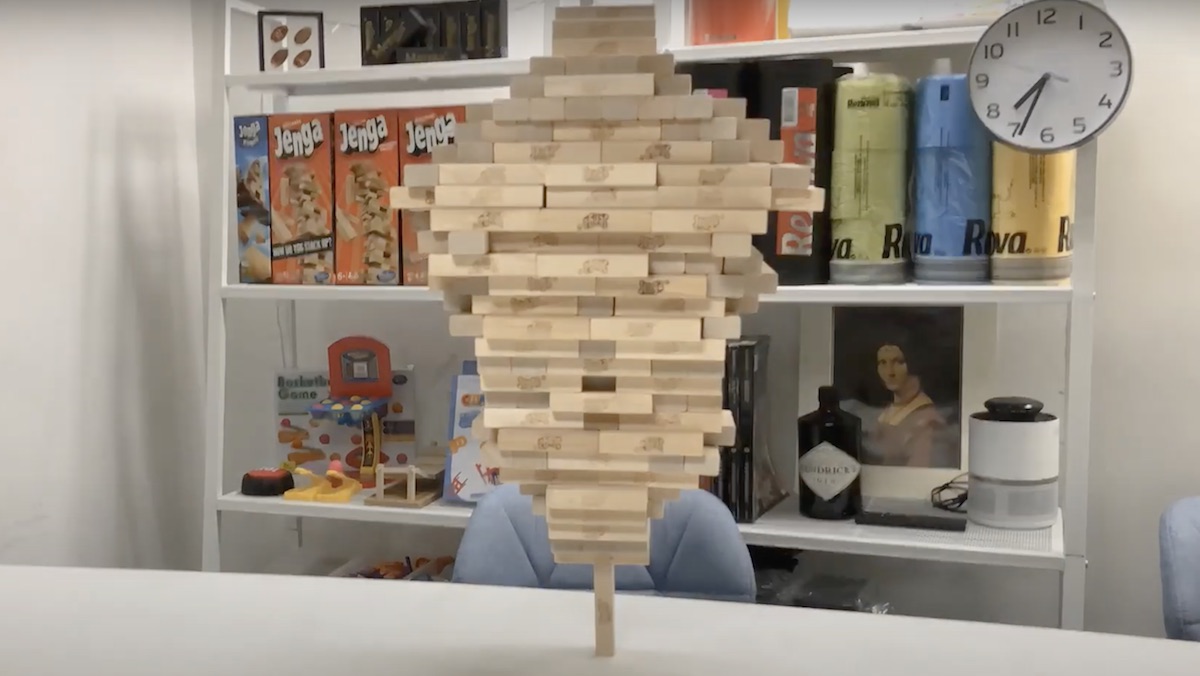 On May 13, at his home in Pima County, Arizona, Tai Star Valianti officially bested his own world record for “Most Jenga Blocks Stacked On One Vertical Jenga Block.” He carefully placed every single piece he owns, all 485 blocks (at 54 blocks per standard Jenga game that works out to just under nine total sets), into one incredible inverted structure. It resembled an upside-down pyramid crossed with a thick skyscraper. The longer you stare at it the more it seems like it can’t be real.

Valianti no longer stands atop a shaky mountain of wooden blocks though. His record has now been broken twice over (which we heard about at Laughing Squid).

The first person to beat him was Kelvin of the YouTube channel MENGA. His tower soared to a whopping 517 pieces total.

But his reign was short lived. Just a few days later “Captain Noodles” of MENGA one-upped Kelvin by literally one-upping him.

He added a single additional block, bringing his own total—and new world record—up to 518 Jenga blocks all resting on a single piece.

If you were an Olympic athlete, wouldn’t you enjoy a silver medal more if you lost by a hundred points instead of one? Wouldn’t that be easier to accept, rather than bemoan how close you were and what might have been?

We don’t know. We’re not world class athletes anymore than we are Jenga building experts. And there are far less of those than their are Olympic champions.