Par for the course of Wes Anderson‘s filmography, Isle of Dogs is filled to the brim with the director’s rogues gallery of acting giants. Though this latest animated venture won’t bring us face to face with the disaffected mugs of Bill Murray, Tilda Swinton, or Edward Norton, you’ll feel the presence of these and other favorites the moment you hear their unmistakable voices barked up from the mouths of the pooches they’re charged with bringing to life.

“You hear Bob Balaban’s voice, you hear Jeff Goldblum‘s voice, you hear Bill Murray’s voice—they’re very distinct voices, and there’s no effort to mask who they are,” fellow Isle of Dogs star Liev Schreiber told us following the film’s premiere in Berlin. And even among company of such esteem, we have to home in on Goldblum as the purveyor of Hollywood’s most recognizable tongue.

In Isle of Dogs, we find the voice of Goldblum in the mouth of Duke, an abandoned lupine breed with an affinity for gossip. “You’ve heard the rumor, right?” Duke says four or five times throughout the picture, each reiteration earning a bigger chuckle than the last. It is, of course, due in no small part to Goldblum’s delivery that his character weighs in as the film’s comic powerhouse.

“I don’t think I wanted to infect the thing with any particular Goldblumisms,” Goldblum himself told us in Berlin. “I think I wanted to fulfill Wes’ idea of musicality and rhythm of Duke, there.” Even still, the magnitude of the actor’s inimitable cadence brings profound color to his canid character. In fact, you might even say Goldblum has staked his career on the whole on his unusual manner of speech. 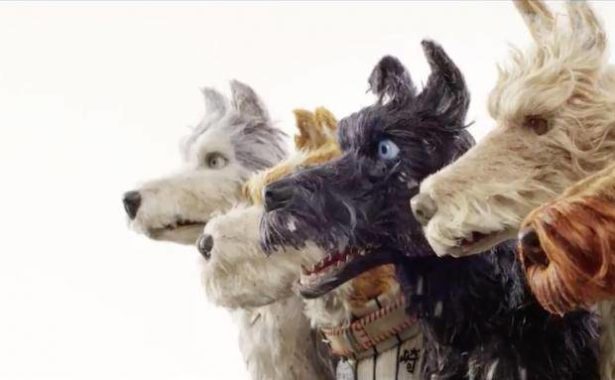 And yes, he’s well aware we’re talking about it. “I know when people…do imitations of me,” Goldblum said with good humor. “I go ‘Oh yeah, I get [it].’ Or when they say, ‘Do it like Jeff Goldblum,’ I can do a kind of imitation of myself. You know, stammer and stutter or something, some version of that.” But that’s not to say the Hollywood mainstay hasn’t been “milking” the Goldblum shtick all this time. “I don’t do it for affect or I haven’t developed it for some kind of, some sort of, uh, ‘thing,’” he assured us. “This is just the way it’s kind of developed.”

As far as how it developed, Goldblum called back to a moment of discovery in the beginning of his career. “I felt appreciated by, and found myself through the appreciation of, directors, really,” Goldblum said. “I remember Phil Kaufman. [There was] a day on Invasion of the Body Snatchers, 1978, when I said—Nancy Bellicec, my wife, Veronica Cartwright, said to me, ‘Well why have we always thought that they would come in metal ships?’—and I say, ‘I – I – I – I never thought that they would come in – in metal ships.'”

Goldblum continued, “And the way [Kaufman] appreciated the way I had done that. It wasn’t a big Goldblumism, but I thought, ‘That’s kind of… I sort of… I think I found something.” A similarly substantial turning point came through his collaborations with director Paul Mazursky on 1976’s Next Stop, Greenwich Village (though Goldblum’s reenactment of his back-and-forth with Mazursky were entirely too Goldblumy to transcribe). “Not that I want to put myself into every part, but it became useful,” he said.

In keeping with the naturalistic ambiance Anderson aims to cultivate across his filmography, none of his stars were asked to provide anything other than their organic conversational inflection for Isle of Dogs. “Wes wasn’t looking for cartoony voices,” Schreiber said. “That’s not what he does. [He wanted something] more idiosyncratic and humanist.” Clearly, he chose the right people for the job.

Will you be checking out Isle of Dogs? Read our review here, and let us know!