Space tourism is now one step closer to becoming commonplace—at least for the very, very wealthy. Virgin Galactic, Richard Branson’s aerospace company, has completed its first successful spaceflight of its VSS Unity spaceship with humans aboard. In the video below, the company shows the test flight from midair launch to landing. And it is indeed quite a trip.

Branson’s aerospace company launched its “spaceship-two class” vehicle from Spaceport America in New Mexico. The spaceship launched from the underbelly of a plane flying at altitude.

After igniting its rocket engines upon departure from the plane, VSS Unity and its two onboard test pilots soared into suborbital flight around Earth. It reached more than 55 miles above ground at its highest point. The craft then appeared to do a flip of sorts before righting itself and gliding through the atmosphere back down to a runway.

At a little over a minute into the video, there’s a glimpse of the spaceship’s interior. The brief look offers some insight into what it would be like to ride as a commercial passenger. As we saw in July of last year, the cabin will ultimately look, more or less, like a tiny jet’s interior. Albeit with only a handful of seats.

Aside from the ride, the view, of course, sets the trip aboard the VSS Unity apart from anything one would experience on a plane. The look at Earth from 290,000 feet up is breathtaking, even though it apparently only lasts a few moments. Incidentally, the price tag for a seat on one of Virgin Galactic’s spaceship’s costs a gut-punching $250,000.

Those who win the lottery, or decide to YOLO their life savings away one day, can throw down a $1,000 deposit for a future ticket. The first commercial passengers won’t fly until some time next year at the earliest, however. Which means even the most loaded amongst us will have to wait a while longer before they can achieve weightlessness. 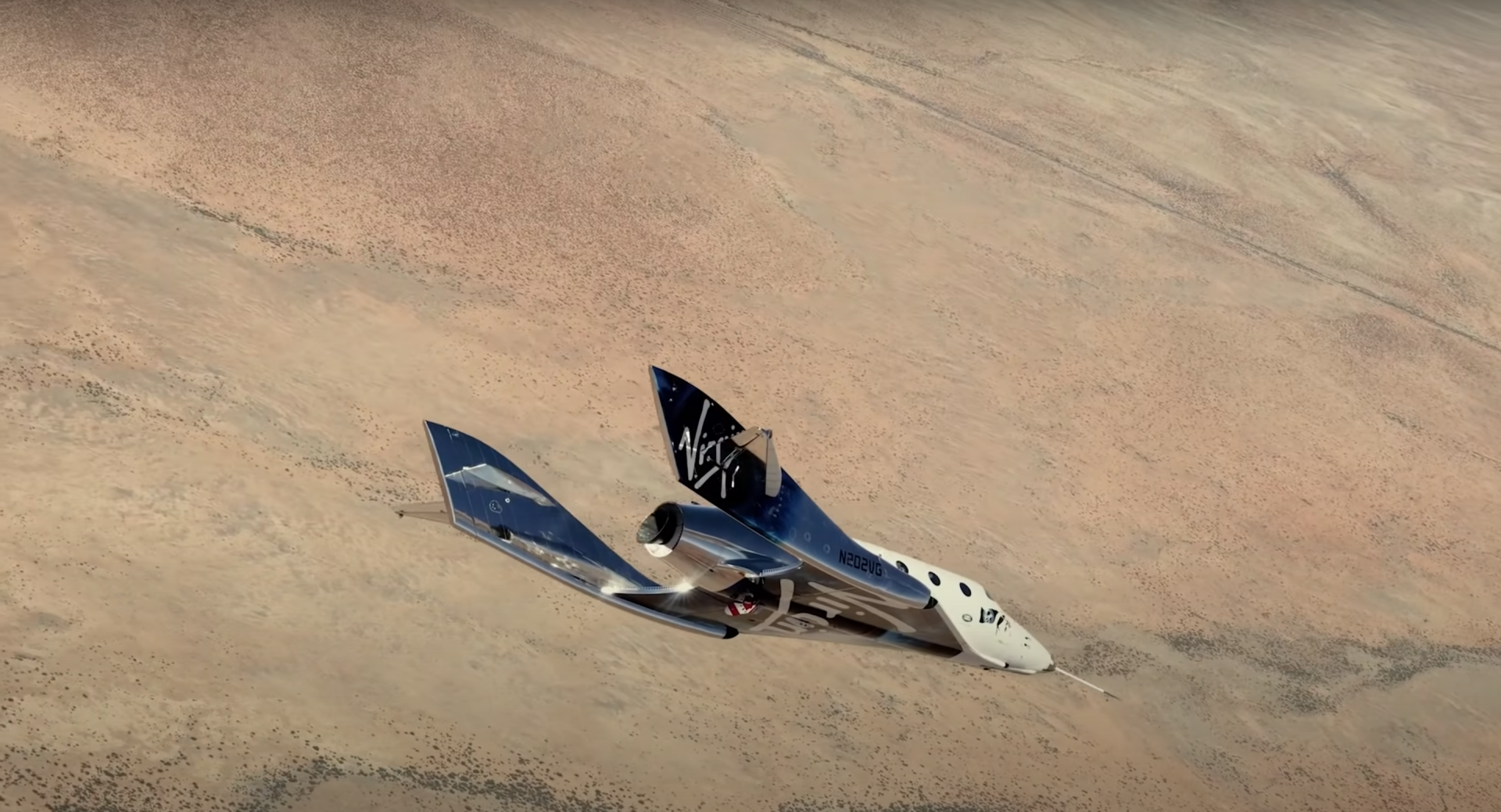