Nothing softens dislike to like more than a few decades going by. When The Phantom Menace came out back in 1999, poor Jar Jar Binks was the object of everyone’s anger. But now, the goofy Gungan is a reminder to a lot of Star Wars fans of a simpler time.

Via Geeks Are Sexy, we’ve discovered a hilarious tribute to the one and only JarJar, from Instagram artist Scadarts. Their account posts all kinds of Star Wars inspired art, and recently they’ve been doing a special Jar Jar series. One where Mr. Binks (or “Darth Binks the Bombad”) works his way into famous works of art from history.

We’re going to resist making any obvious ear jokes with this post-impressionist representation of the Naboo native, done Vincent van Gogh style. Let the work speak for itself.

We’re not sure what Jar Jar is screaming about in this Edvard Munch tribute. Guessing the words “meesa” are involved though.

Hey, remember when Representative Binks accidentally contributed to bringing about the whole Galactic Empire thing? That was funny. Jar Jar Binks enjoyed a prominent political career, so it’s kind of appropriate that his face is plastered on the White House in this image. 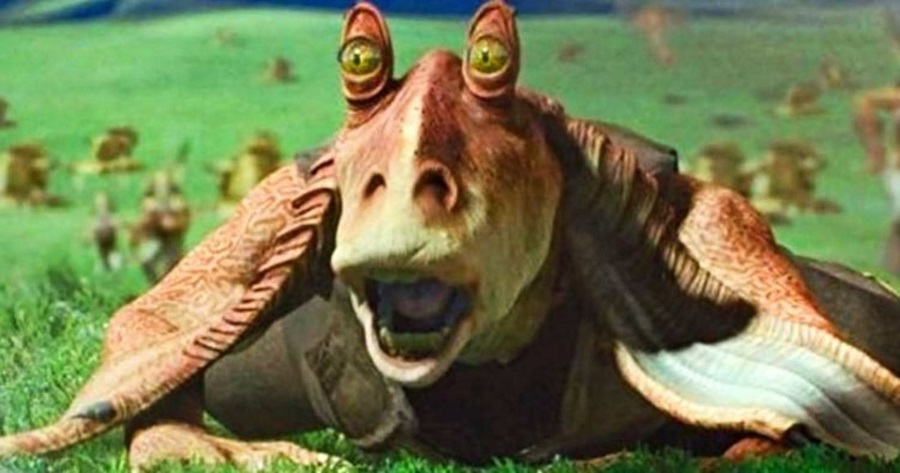 In “Binks with a Pearl Earring,” Jar Jar gives Queen Amidala a run for her money in the glamour department. This is the Gungan version of serving face.

Scandarts has a metric ton of other Star Wars-inspired art up on their Instagram, including a whole series which looks like ancient Japanese art. And some of which show the galactic heroes of the Rebellion enshrined in places like the Sistine Chapel. Most of these creations are Star Wars related, although other pieces inspired by Marvel, Lord of the Rings, and even Borat.

You can currently purchase prints, mural prints, and t-shirts based on Scandarts’ art by clicking on this link. And for more of their art, be sure to check out their Instagram account.