Have you ever been competing in say, Mario Kart or Forza and thought to yourself, “I enjoy the racing aspects of this game, but I could really use more toilet”? No? That’s OK, because game developers in Japan sure did and then they went ahead and made a racing game where the cars are toilets and the drivers are people occupying said toilets. And while we can imagine what the theoretical fuel is for these racers, we really don’t want to know how they’re supposedly steered.

Really though, this game is something special—or at least a #1 contender for a #2 racing game. According to SoraNews24, this game has been in the works since 2016 and is considered a “labor of love” by its creator studio, Da-Soft. Da-Soft is made up of a relatively small group of developers, and while they’re proud of what they’ve made—a lot of work hours must’ve been logged here—they’re still apparently looking for more cash investments. To the tune of a million dollars.

But those investments aren’t totally necessary as the game is already playable, as shown in the gameplay footage video immediately above. Speaking of which, you can choose from one of five “elite toilet racers” from around the world. Representing America is Gary Splash, who wears a suit of red, white, and blue protective gear, but no pants. Duh. 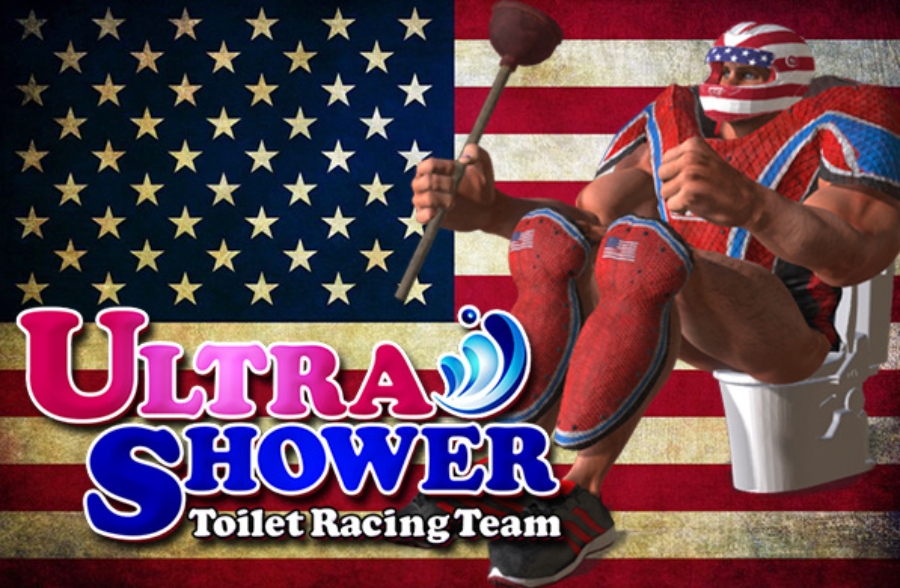 There’s no official list of power-ups or weapons that we can find, but according to the gameplay footage, during a given race you’ll be able to toss toilet paper rolls at your enemies, shoot out of your seat with a blast of water from your bowl, and collect giant white eggs that look like… suppositories. Which would make sense as an item that makes you go really fast.

What do you think of this toilet racing game? Drop some hot takes in the comments below!