Nothing should ever surprise me in 2020, and yet here we are, surprised. We’re surprised because, despite how absurd Iron Mask looks, we’re still going to watch it. There’s just no way we can pass on the experience of a fantasy action adventure with Jackie Chan and Arnold Schwarzenegger. It is, somehow, a million times more ridiculous than you’d ever imagine.

“Set in the 18th century, The Iron Mask follows English traveller Jonathan Green as he journeys from Russia to China encountering dragons, black magic wizardry, and a dragon king during an incredible but deadly adventure.”

Okay, grab a drink and put on some comfortable pants because we have a lot to unpack here.

First, a little background: “Iron Mask” is the new, American release title for the 2019 Chinese film Viy 2: Journey to China. (That’s right. This is a sequel.) At one point, it was called Journey to China: The Mystery of Iron Mask. But obviously a movie like this can’t be limited to just three titles. In the Philippines, it was The Dragon Seal, and it also went by The Mystery of Dragon Seal. So yeah, even the history of the film’s ever-changing title is eventful.

The Iron Mask features Arnold Schwarzenegger as an English prison guard at the Tower of London. How many guards who worked there ever spoke with an Austrian accent? We bet that number is low. Jackie Chan also stars opposite him as a long-haired prisoner. He helps the famed man in the iron mask escape. It’s probably not Leonardo DiCaprio he’s helping escape, but considering everything else going on here, we won’t rule it out. 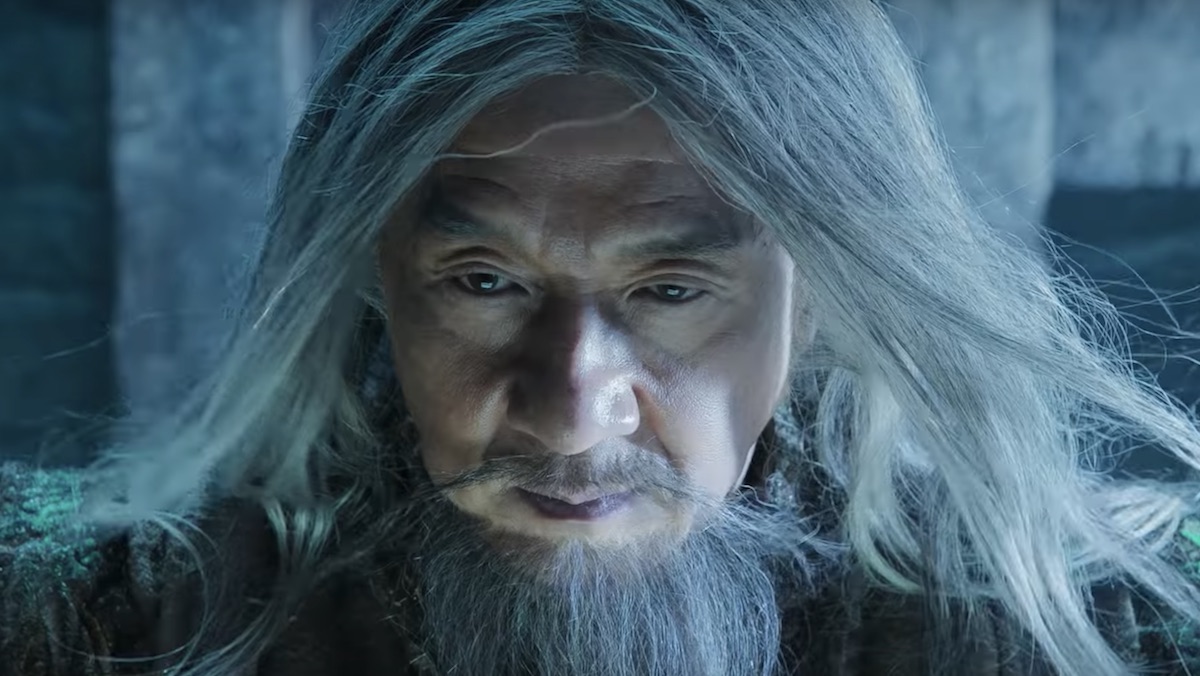 (Do yourself a favor and don’t look up any details of the film—especially not the identity of the man in the iron mask.)

Despite their star power, the two big names attached seem to have very little to do with the main story. That takes place on the other side of the world, partially in Russia. Jason Flemyng (X-Men: First Class, the original Viy from 2014) stars as cartographer Jonathan Green.

Green goes on a journey that ultimately leads him from England to China. Along the way, he comes across supernatural forces, including a giant Chinese dragon. But if you watch the trailer you know describing the movie like that is like saying the sun is “kind of bright.” Yes, that’s technically true, but it doesn’t really capture the insane spirit of what’s happening.

The movie also stars Charles Dance (Game of Thrones), and the late Rutger Hauer in one of his final performances. Oleg Stepchenko directed and co-wrote the film along with Dmitry Paltsev and Alexey A. Petrukhin.

It’s coming to the States on April 10 this year; it was originally supposed to come out in 2018, meaning this has existed in the world without us knowing about it for far too long. But we know about it now, so we’ll be first in line to catch it in the theaters. (It’s 2020. There’s no way we’re going to pass up on the good kind of nuts.)