Marvel Comics‘ deadly living weapon is back to fight the good fight. Danny Rand, better known as the Immortal Iron Fist, returns for a new limited series in January 2021. Nerdist is happy to exclusively announce Iron Fist: Heart of the Dragon. Veteran Marvel scribe Larry Hama, best known for his epic runs on classic titles like Wolverine and G.I. Joe, will write the series. On interior art we have David Wachter (Teenage Mutant Ninja Turtles), with covers by none other than Billy Tan.

Are you ready to channel your chi and do the hidden city of K’un-Lun proud? You can read the official solicitation for the first issue, as well as sample some interior art and issue one’s cover, below: 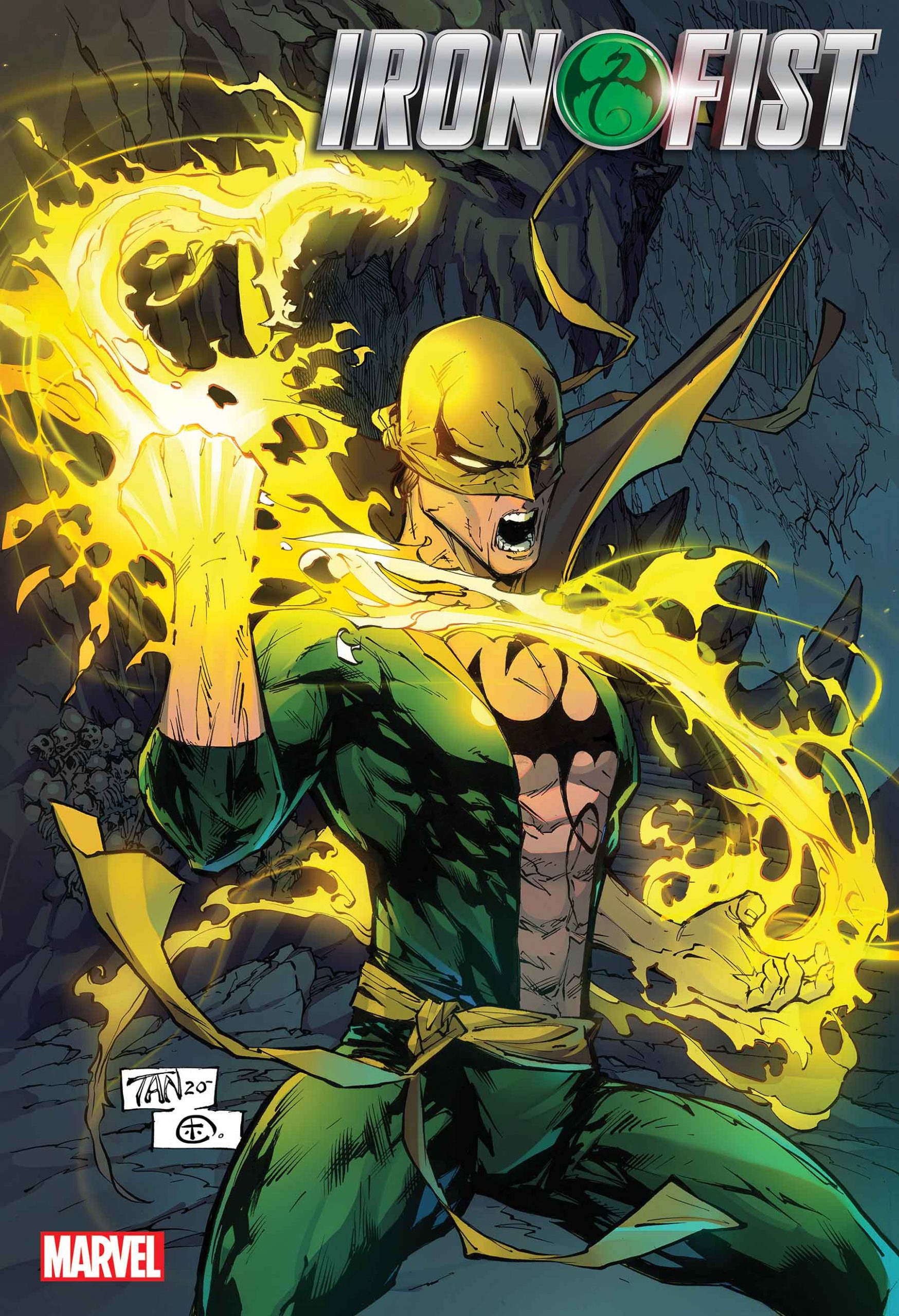 An Iron Fist Epic From Legendary Creator Larry Hama!
Someone is killing the ancient dragons that power the Heavenly Cities, and only Iron Fist and the Deadly Weapons can stop them… if they can discover who they are in time! Zombie armies, mystical portals, dragon hearts, some of the Marvel Universe’s deadliest fighters all converge in one action-packed extravaganza, and the fate of all worlds hangs in the balance! Larry Hama and David Wachter are building a story that hits as hard as the Iron Fist itself!

And we have a peek at three pages from the first issue of the Marvel series. 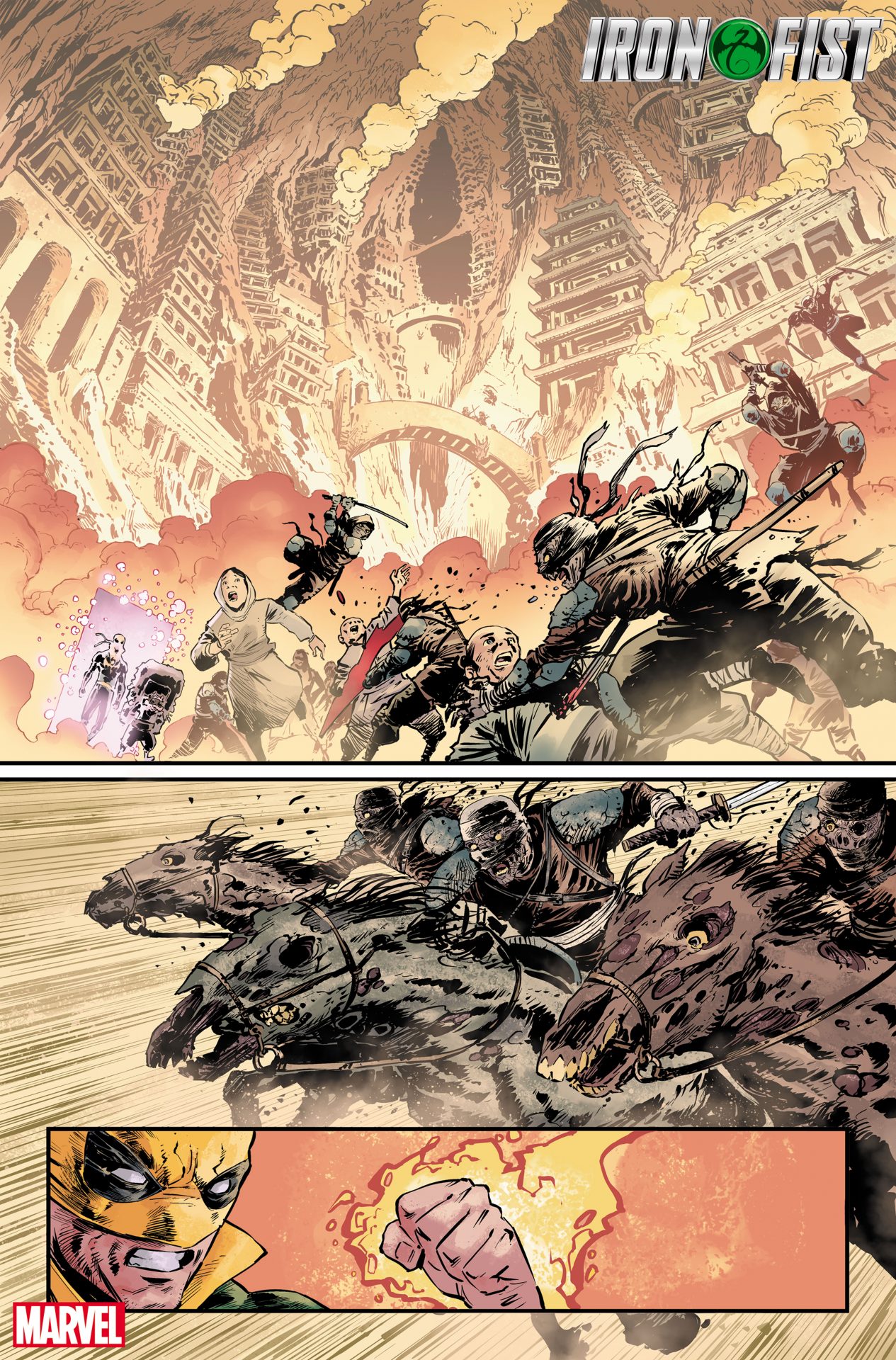 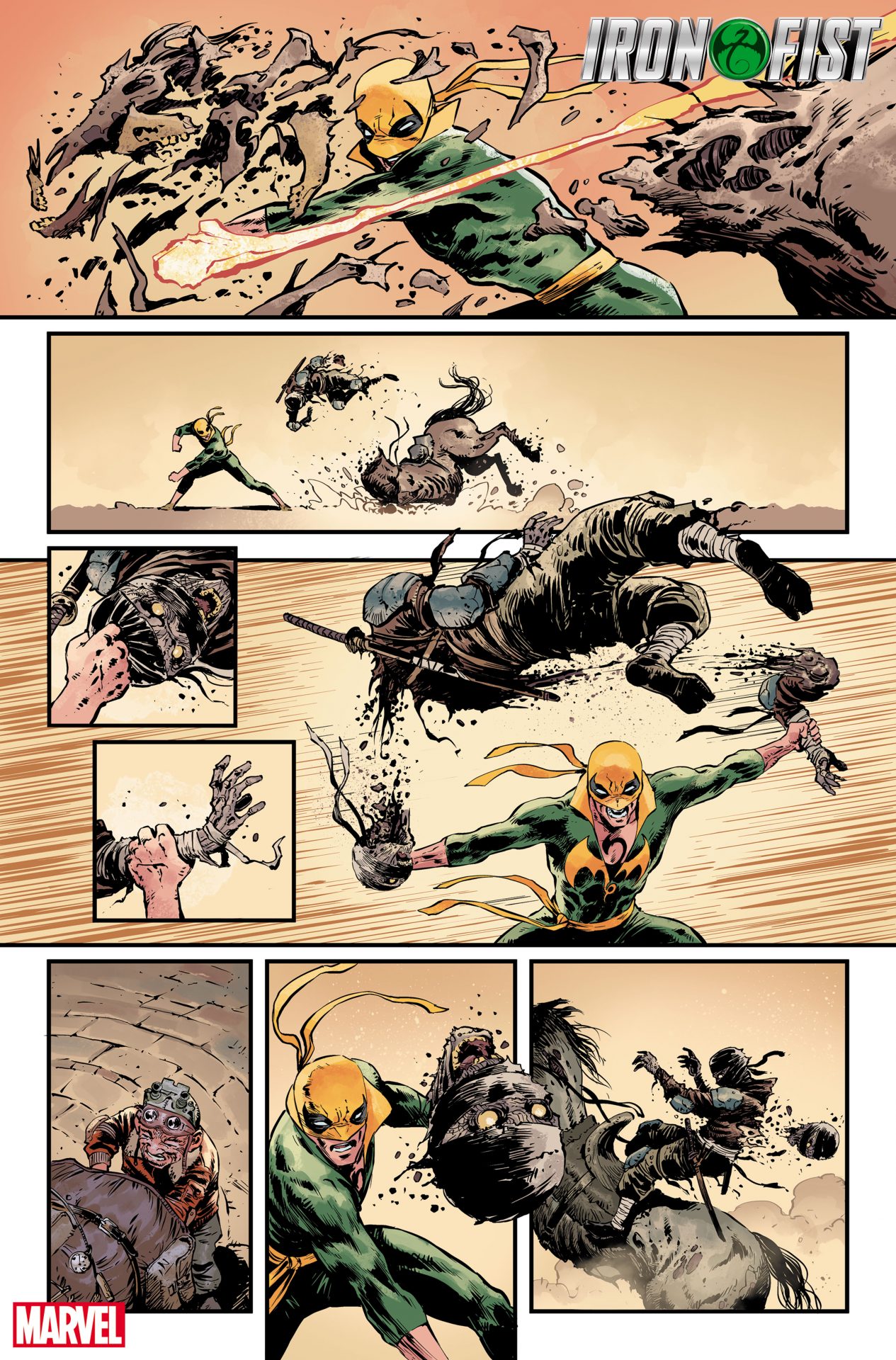 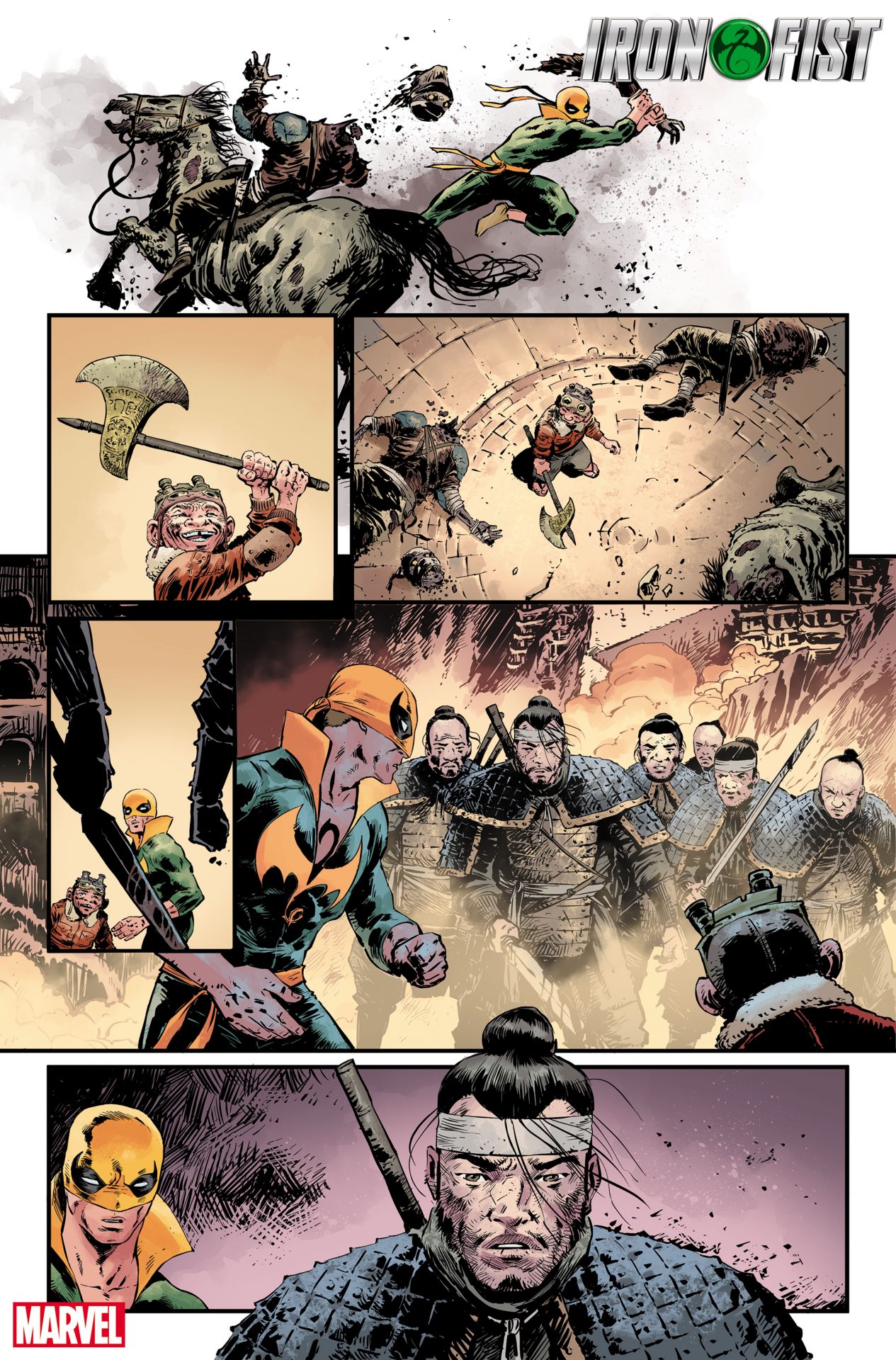 The last series featuring the character in a prominent role was Iron Fist: Phantom Limb, which found Danny consumed by guilt over his inability to save a child. And all while dodging a demon plotting to steal his chi. But from the looks of things, this series will take things in a totally different direction. Whatever winds up happening, we will always be here for more adventures of the Immortal Iron Fist.