Hurray for International Podcast Day! The annual celebration of podcasts takes place on September 30 to amplify creators who deliver on-demand educational and entertainment shows to the masses. Podcasts have an incredible influence and power in today’s society as the next stage in the evolution of radio that puts the listener in driver’s seat to determine their own unique mix of content.

There’s a podcast out there for almost every topic—TV, film, wrestling, self-help, motivation, mental health, politics, science, and even pets. And each podcast has its own unique tone, format, and length that makes it a perfect fit for someone.  Millions of people are subscribed to and religiously tune in to different podcasts on the regular, including several members of Team Nerdist. We love them, we support them, and today we want to give a shout out to the podcasts that amuse, enlighten, and lift us up when we are down.

Here’s a few of our carefully chosen (and very much recommended) International Podcast Day picks.

If you’re the type who can never get enough behind-the-scenes factoids of your favorite movies, or you’re just a huge fan of Star Wars (and who isn’t?!), Talking Bay 94 is a podcast you will look forward to every week. Host Brandon Wainerdi goes one-on-one with the people who made Star Wars happen both on-screen and in books, comics, and Legends.

Learn about how Star Wars: The Roleplaying Game was made, what it was like to be a creature performer, the sweltering days shooting A New Hope in Guatemala, and much more in these fascinating and well-produced episodes. My personal favorite? A one-on-one with the stormtrooper who bonked his head on the door in A New Hope. His name is Laurie Goode and he has some stories to tell.

For fans of classic Hollywood and 20th Century history, you can’t do much better than You Must Remember This. Host Karina Longworth and her collaborators painstakingly research figures and events in Hollywood’s first century to give audiences thorough, entertaining stories we only thought we knew.

She’s insanely rounded in her topics. While people might have gotten on board with her groundbreaking series on Charles Manson’s impact on the film industry and pop culture, Longworth also offers series on the Hollywood Blacklist and the rise and fall of MGM. She also focuses on specific actors for long stretches, like her fantastic series on the careers of Bela Lugosi and Boris Karloff, and her fascinating co-headliner series on Jane Fonda and Jean Seberg.

You don’t have to know anything about the movies, eras, or people discussed in You Must Remember This because Longworth gives you everything you need. Sometimes pulpy, sometimes serious, every story is treated with gravity and respect, and that’s what you want from any kind of learning.

Race Chaser with Alaska and Willam

There is a ton of content out there on YouTube and in podcast form discussing RuPaul’s Drag Race. This isn’t shocking because each season of Drag Race is to the LGBTQ community what the NBA playoffs are to straight world. But the best RPDR podcast comes from two former contestants from the series – Race Chaser featuring Alaska 5000 and Willam Belli.

Alaska famously won season two of All Stars, while Willam was famously dismissed early from season four (but he won at life). These two witty, smart, and hilarious queens are not only taking a deep dive into every single episode of a decade’s worth of RPDR seasons with insight only they can provide having survived the experience, but their extra “Hot Goss” episode each week has them dishing about gossip,  politics, pop culture and basically whatever they feel like talking about.

It doesn’t matter how badly the world has beaten me down that day; Race Chaser never fails to make me laugh and bring me joy.

There are a ton of great Doctor Who podcasts but The Queer Archive stands out from the crowd. The newbie podcast examines the series outside of the typical cis-heternormative perspective with Brenna, a self-proclaimed harpy, and Katelyn, who identifies as Latinx and non-binary. They are here, they are queer, and they have a wonderfully refreshing and insightful take on this enduring sci-fi series.

The Queer Archive‘s clever format and cadence is unlike anything I’ve ever heard before as an avid podcast listener. It’s a nice mix of deep analysis and humor that makes me laugh and gives me something new to consider about one of my favorite shows. I can’t wait to see how this pair will grow and continue to impact the Doctor Who fandom! 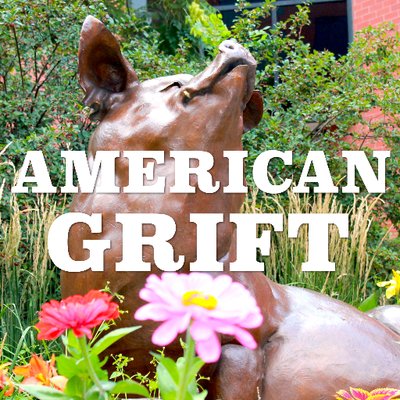 For those who crave the thrills of true crime listening but whose stomachs are too weak for the grislier and more gruesome subjects common of the genre, the solution is American Grift. Oriana Schwindt and a rotation of co-hosts tackle different high- or medium-profile cons each episode, taking a knife and fork to the details of the scandal of the week as well as to the hows and whys of these sorts of crimes’ functionality in contemporary America.

The show offers deep dives into  the likes of Fyre Fest, the Ivy League college admissions scandal, and Anna Delvey, and even takes on some more historic examples, like the falsifying of literary documents by one Lee Israel. Humor abounds in Schwindt and her team’s relation of these stories (especially when Aly Semigran is on hand), but there’s just enough cold hard facts and sociopolitical analysis to count this as educational listening.

Off Camera with Sam Jones 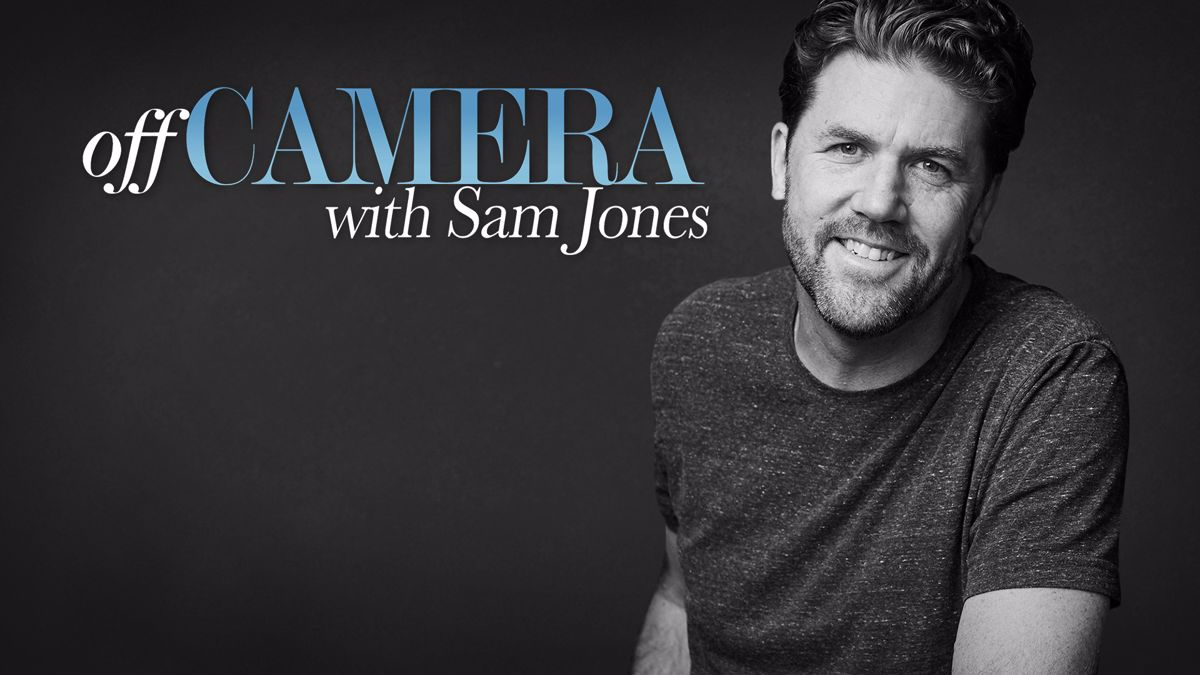 Off Camera With Sam Jones

If you’re someone who loves and appreciates stories, you need to check out Off Camera with Sam Jones. A renowned celebrity photographer and director, Jones sits down with guests ranging from Robert Downey Jr. to Jessica Chastain to Tatiana Maslany and discusses their latest projects, their industry history, and more.

What makes Jones’ podcast so special and different than the dozens of other pop culture podcasts out there? He digs deep into the psyche of his guests, bringing out thoughtful answers about their journeys to success or ruminations on life that lead to insightful, intimate conversations where you feel like you’re sitting in with your favorite actor or actress or writer or director.

In a world where we’re surrounded by the access to quick and easy content, Jones’ podcast is a welcome refresher for those of us who still crave long-form media, relaxing and intriguing conversation, and well-told stories that inspire us and motivate us. 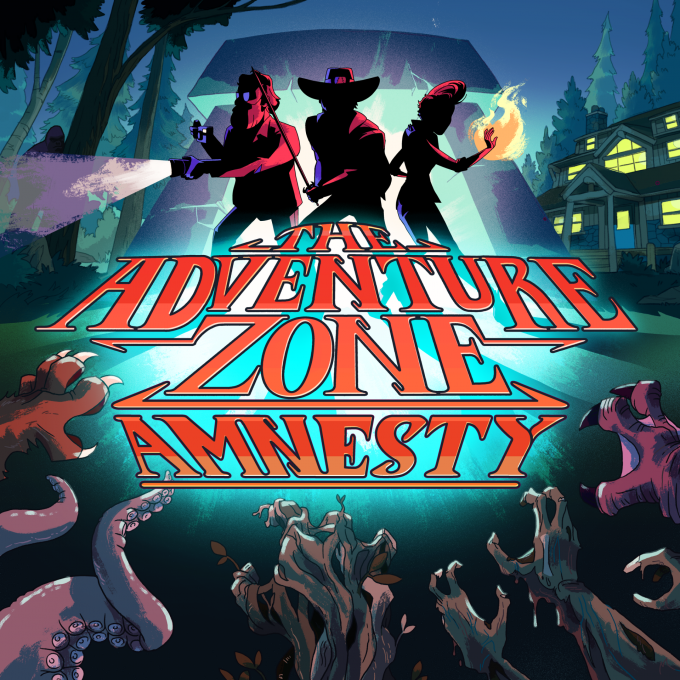 It’s no overstatement to say that The Adventure Zone changed my life. Not only did it rekindle my old love of tabletop role-playing games, but it showed me just what the medium could be capable of as a conduit for storytelling and led me down a new career path of my own. I sat entranced by the “Petals to the Metal” arc of the show’s first campaign, Balanced, amazed that Griffen McElroy was able to craft what felt like a marriage of Mad Max and Hanna-Barbera’s Wacky Races using Dungeons & Dragons mechanics and audio storytelling.

The show shifts perfectly from hilarious riffs and goofs into utterly heartbreaking moments that bring tears to my eyes. Over the course of two major campaigns and a series of short runs and one-offs, The Adventure Zone has created a litany of memorable characters, each of them so infused with heart and humanity that they’ve inspired an army of cosplayers, myself included.

I’m particularly enamored with Lup, a transgender wizard who, despite being a non-player character who didn’t appear until almost the end of a three-year campaign, brought so much vibrant energy with her that she feels like one of its stars. The show just wrapped up its second full-length campaign, Amnesty, and I’m so excited to see where it takes us next. 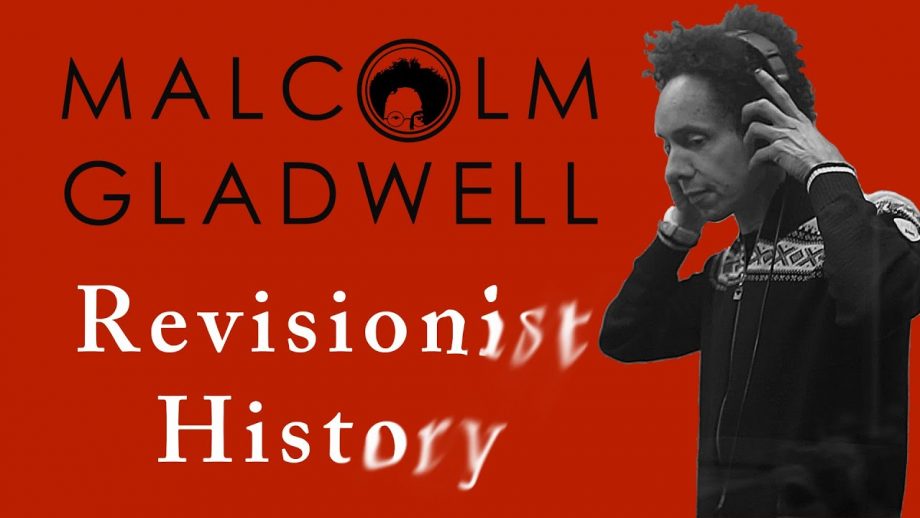 This fantastic podcast follows Malcolm Gladwell as he looks at fresh angles on what are seemingly settled historical events. Almost every episode will make you question the textbook narratives you’ve been taught, and the wide-ranging subject matter covers everything from Elvis to McDonald’s french fries. Plus, Gladwell’s soothing voice is guaranteed to help you chill out at night. 11/10 would fall asleep to this podcast. -Matthew Hart

There’s no shortage of political podcast offerings, but for fans of U.S. political history, Whistlestop is definitely something to check out. Insightful and engaging, host John dinkerson examines both iconic and forgotten moments in campaign history—from the country’s inception to recent memories. From moments that made campaigns to missteps that derailed them, the podcast spans time and political party, sharing insightful stories and their immediate impact, as well as their lasting legacy.

Among the moments covered are the infamous Dean Scream of 2004, the first presidential press conference, and the “mysterious” 1803 death of scandalmonger reporter (and Jefferson frenemy) James Callendar. While sometimes released in an inconsistent pattern due to dinkerson’s schedule, the (often) monthly podcast is fun, well-researched, and a stark reminder that the U.S. is no stranger to wild, dramatic scandal. -Meaghan Kirby

What are your favorite podcasts? Let us know in the comments and share your picks with a friend for International Podcast Day!